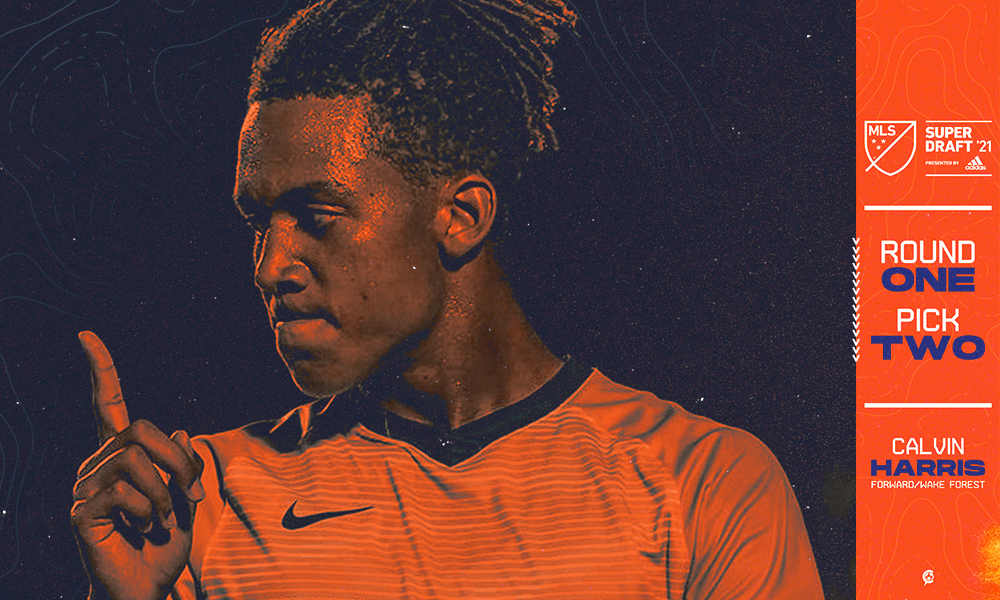 FC Cincinnati on Thursday selected Wake Forest forward Calvin Harris with the second overall pick in the 2021 MLS SuperDraft. Harris is a Generation Adidas player but he is also from England, meaning he would occupy an international roster spot.

Calvin Harris has spent the last two years with Wake Forest. In those two seasons, he has scored 10 goals and tallied five assists. In 2019, Harris scored six goals in 23 appearances, including 16 starts.

In the shortened 2020 season, he started all nine matches and scored four goals. In 2019, Harris had a total of 39 shots, and in 2020, he totaled 25 shots, increasing the number of opportunities per game from 1.7 shots per game to 2.8 shots per game.

In the two seasons, Harris totaled over 2,000 minutes played in 32 matches. He has also earned multiple awards, including a spot on the All-Atlantic Coast Conference Freshman team in 2019 and the ACC Offensive Player of the Week after Wake Forest’s Sept. 25 win over Louisville, when he scored a goal and tallied an assist.

Prior to Harris’ time at Wake Forest, he spent a season in the New Zealand Premiership with the Wellington Phoenix Reserve team in 2018. Harris made six appearances for the team, including five starts and two goals.

While Harris takes up a coveted international spot, it was hard for FC Cincinnati to pass on the player with arguably the most upside in the draft. With a team that struggled to find the back of the net in 2020, Harris has proven in the collegiate game to make an impact on the score sheet.

Not to hype him up too much, at 6-feet and 160 pounds, this could be a year of transition for the 20-year-old similiar to what we saw when Frankie Amaya first arrived. Harris has the height and athletic ability to compete in this league but might have to work to reshape his body to handle the physical demands of the league.

It will be interesting to see what this pick does for the status of Franko Kovacevic, the Croatian winger on loan from TSG Hoffenheim. With the club already strapped for international spots, this move could signal a temporary loan move to the USL for Harris early in the season or even more likely, the termination of Kovacevic’s loan. While there is a lot to still be seen, you have to like the promise FC Cincinnati has on the wing with Harris, Alvaro Barreal and Ben Mines coupled with veterans like Yuya Kubo and Joseph-Claude Gyau.