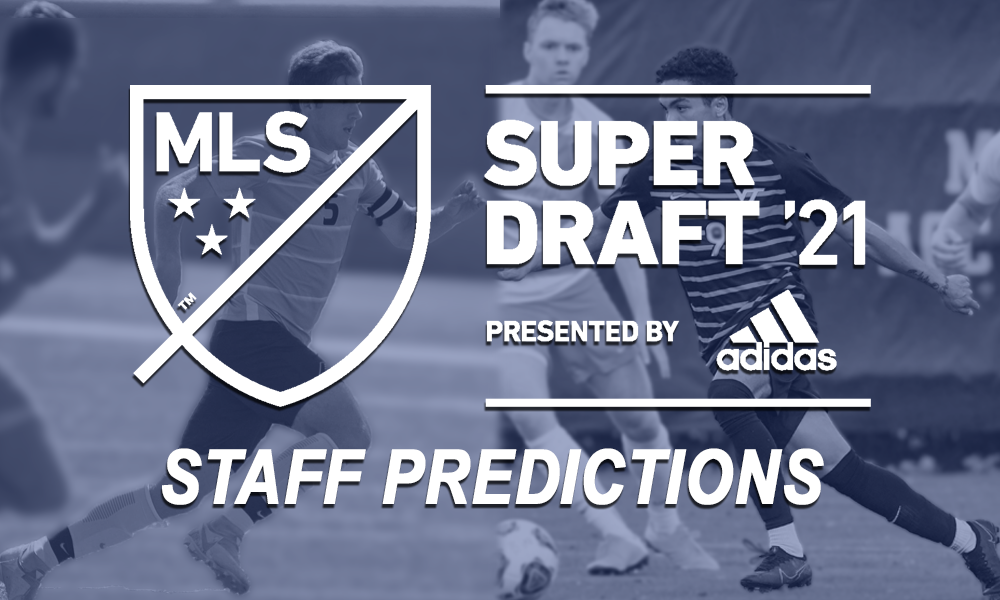 Thursday’s SuperDraft is fast approaching. While several players standout over the herd of prospects, FCC has played their cards close to the vest and it is anyone’s guess how the day unfolds.

The MLS SuperDraft is fast approaching. FC Cincinnati have four picks in the 2021 version of the draft including the second overall pick. While there are several standout players in the herd of prospects, FCC has played their cards close to the vest and it is anyone’s guess how the day will unfold. Will FC Cincinnati buy more picks like in 2019? Could they trade down and try to get a player or precious allocation money? Or, could they have a gem fall to them who could be the next Daryl Dike or Cyle Larin?

Here are several of our staff member’s picks on who they want or what they hope could happen with the second overall pick on Thursday.

The Orange & Blue also have the second pick of the second (#29) and third rounds (#56) along with the last pick in the second round (#54) acquired in the Fatai Alashe trade to Columbus. Log on to MLSsoccer.com for the live coverage of the first round.

My pick has to be Bartlow here. I get that he’s a domestic and that alone makes the most sense but let’s look at the soccer. While he might not have the “upside” of some of the attacking players, his floor is much higher and he fits this system. Just look at the guy’s tape! He’s not afraid to dribble the ball up the field and spring the attack with a decisive pass. I hear the size comments but honestly he’s similar to Hagglund and van der Werff. Add 10-15 pounds of muscle and he’s right there with a majority of MLS center backs. People have compared him to Steve Birnbaum. Sign me up!

Harris is the pick, but with a caveat. I draft Calvin Harris because he is the best talent at this point. If he ends up on FCC’s roster then Franko must be sent home because of the international status Harris holds. However, before FCC keeps Harris, I would draft him and try to trade him to another team for a slightly lower pick and Allocation Money. Then select Bret Halsey from UVA with that new pick. This could provide in the range of $50-75k of GAM and provides a Domestic GA player that could serve as a right-back long term. Halsey would still be off FCC senior budget for 3 years as a Generation Adidas. If FCC can’t trade Harris for a player they want I hold on to Harris and move Franko.

This isn’t the NFL draft, FC Cincinnati aren’t getting a day one starter like the Bengals got with Joe Burrow last year. Philip Mayaka, Calvin Harris, Ethan Bartlow are all talented prospects; they’re expected to go top of the draft for a reason. But whether they develop into an MLS starter is an open question. This team has a lot of holes to fill, and relying on a SuperDraft selection to make the difference right now is optimistic at best, naive at worst. I would’ve liked to have seen this pick traded, but if that’s not in the cards, just draft the best available.

I am sick and tired of seeing FC Cincinnati sit in a low block and defending for their lives knowing they are likely to rarely score. Give me offensive threats that are going to get me up off my seat. Calvin Harris for me has to be the pick.

Someone out there is willing to pay a pretty penny for it and Travis Clark said on this week’s CST podcast that this class didn’t look as good as some of the others (paraphrasing). I understand FC Cincinnati doesn’t have enough players to even fill out the roster currently but recover some sweet xAM anyway. Or how about this, trade the pick for a seasoned player if some other GM is looking to get younger. A critic might say, but Boston! A Generation Adidas player is a free 3-year contract for FC Cincinnati, and to that I say, FC Cincinnati has enough projects. Any other year, I’m in the draft and play’em camp. This year just field your best eleven and find some wins.

As a functional outfit, outside of assigning Generation Adidas talent, I’m still undersold on the Superdraft’s utility. Draft picks have felt frivolous—only two of FCC’s eight picks over the past two years are in possession as actual talent (Amaya, Lundt). Cincy tap-danced with drafting a forward in the past (Rashawn Dally in 2019), but I feel you have to go all-in with an offensive move this year.

Sure, Ethan Bartlow is a defensive stalwart who can solidify a team that drafts him, but does he start over either van der Werff or Pettersson in Year 1? If you draft defensively and neglect offense, does the team depend on Barreal and Mines for the young winger positions? You picked up an extra international spot for a reason, so grab Harris for his raw offensive talent and beef up your attacking play. Get that blossoming ACC attacker, and depend on the rest of the draft for defense if you can squeeze something from that fruit.

Of course, if that fruit produces trade value in the form of juicy allocation money, especially if Austin doesn’t pick Philip Mayaka, make that deal.

You have two defensive midfielders on your roster who are not getting any younger and Frankie Amaya who is on the cusp of being a very good MLS midfielder. Why do you draft another? Well, unlike several people on the CST staff or in the FCC fanbase, I don’t think Amaya is going anywhere and now we have the chance to create a long standing CM duo over the next 3-4 seasons. Pereira is rumored to be close to Asylum status which could switch him to a domestic player (more on that in the upcoming days). If Mayaka is somehow available, grab him, but I like Pereira’s elite passing skills and two sets of young legs will give great cover to our back line in the future. It could be a short-term issue as he will hold an INTL spot in the beginning but his salary is covered by the league over the next three seasons AND he should be counted as a domestic in the near future.