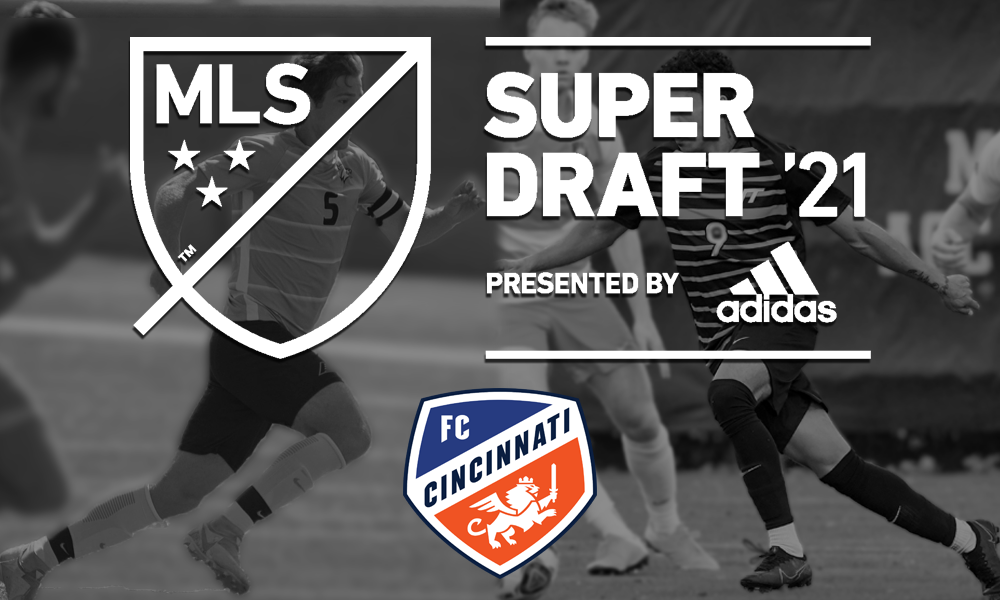 FC Cincinnati GM Gerard Nijkamp holds the #2 Pick in the 2021 version of the draft and should have several attractive options to select from.

FC Cincinnati will be in a familiar position as league general managers and technical staff meet via conference call for the MLS SuperDraft on Thursday, January 21st. GM Gerard Nijkamp holds the #2 Pick in the 2021 version of the draft and should have several attractive options to select from.

While MLS academies and development territories help funnel young players to MLS clubs prior to college, there are several names that should have long professional careers in this year’s draft.

When the original list of eligible players was announced, it looked like a disappointment for FC Cincinnati. The majority of top-end college prospects would occupy an international spot on an MLS roster but additions to the Generation Adidas class should help. Nijkamp will need to bring in some high profile international players to make FCC competitive in 2021 and using a pick on a domestic player would give him more flexibility in doing so.

FCC will also need to decide between the best overall player available and specific positional needs. The glaring hole on the roster is currently centerback, but most of the top-end talent available are central midfielders or attacking players.

Should FC Cincinnati still pick at the #2 spot on draft day, I would think it likely they would draft from the targets below.

MLS mechanisms will also offer teams several ways to save on drafted players. While college Seniors are free to declare for the draft, underclassmen must currently sign Generation Adidas contracts to be signed into the league. These spots are limited and only offered to top non-Senior class players.

Generation Adidas player salaries are not charged against an MLS team’s annual salary budget, providing an added incentive for that club to develop the player. FC Cincinnati signed. They are traditionally signed to three year agreements at rates higher than a senior roster spot minimum or supplemental roster rates. Frankie Amaya’s total compensation for the 2019 season was $172,000 compared to the senior minimum of around $82,000.

Each year MLS signs around five to seven Generation Adidas players per season.

Mayaka, a box-to-box midfielder, will likely not be around for the Orange & Blue. The consensus best player in the draft has already been bandied about by MLS pundits as a lock for Austin. Should he fall, FC Cincinnati will have a hard decision to make. Do you draft a player who will be in direct competition against former #1 pick Frankie Amaya or do you trade the spot for a bucket of Allocation Money? His international designation could also have an impact on whether he would be picked by FC Cincinnati.

According to rankings of Travis Clark from TopDrawerSoccer.com, Mayaka is “capable of playing in tight spaces and covering large chunks of ground, he has the tools to be successful in MLS.” Should FCC decide to move Amaya in the offseason of 2021-22, I could see Mayaka as the #8 of the future.

This English attacking player excites me more than any other player in this draft. Harris, the son of former Sheffield United player Terry Harris, scored 10 goals in 32 matches in college. He can play across the front line and has natural creative abilities on the pitch. According to fellow Wake Forest Demon Deacon and CST co-host Mike Lahoud, Harris is “a dynamic winger out of Wake Forest University, Calvin Harris is the real deal. He has a nose for scoring a big goal in big games.”

After speaking with some college scouts, they think Harris could be the best player in the 2021 draft. He is 2nd on the SBISoccer.com Big Board, and as Ives Galarcep states, “Cincinnati is overflowing with needs, but as much as drafting a center back would be understandable for a team that badly needs some, passing on a talent like Harris would be difficult.”

Daniel Pereira is another player with a similar skillset to Frankie Amaya, but perhaps more comfortable a little deeper on the pitch. In his two seasons in Blacksburg, Pereira compiled six goals and six assists over 26 matches.

The midfielder would take up an international spot on the roster as he moved to the US from Venezuela in 2015. He will most certainly be available to FC Cincinnati, but do you want to bring in a young player in a position group that is already pretty full. Pereira should be a good player in the league, but I see FCC passing on him in 2021.

In what appears to be a late addition to the MLS Generation Adidas class, Washington Post soccer writer Steven Goff reported Saturday that Halsey will be added to the GA class. Halsey was a standout box-to-box midfielder in the Cavalier’s national runner-up season in 2019. When asked about Halsey, UVa reporter Bennett Conlin of the Daily Progress says, “he’s not going to overpower anyone or run past most guys, but he’s fantastic in tight spaces. He’s quicker than he is fast, and his ball handling is fantastic.”

The 5’9″ underclassman was a part of the 2019 ACC All-Tournament team as a midfielder, but Ives Galarcep reports that he projects out as a right back in MLS. While I like the thought of drafting a domestic RB, I would not be confident with two young players at that position along with Saad Abdul-Salaam going into preseason. I could see several MLS clubs ringing Nijkamp to trade up and grab his rights, especially with the domestic designation.

When MLS released their list of Generation Adidas players last week, there was a glaring omission, Ethan Bartlow. On Monday Ives Galarcep reported that he will join the 2021 GA class and will likely be the consensus best centerback.. Bartlow has been getting comparisons to a young Matt Besler and is a two-way CB. He is comfortable going forward and is rated as one of the best passers in the draft. Something that could hold the eye of Nijkamp.

One of few top-end players who would fill a domestic spot, Bartlow will be in demand. An alum of the prestigious Crossfire Academy, Bartlow was heralded as the best defensive recruit in his class. Bartlow will fill an immediate need at FCC and while only 6’0″ could be able to compete for a starting position by seasons end. I’d put my money on Bartlow’s name being called with the 2nd overall pick whether by FCC or another who would like his rights.

Players eligible for selection in MLS SuperDraft along with the GA players above include college seniors and players who have waived their college eligibility by signing to play in a domestic professional league since the conclusion of the 2019 college soccer season. An interesting caveat for this draft. MLS will allow some college seniors to remain with their college team to compete in the upcoming NCAA Spring calendar season before reporting to their drafted club.

With the challenges put into force by the Covid 19, several college players opted out of their seasons to participate in the USL in late summer/fall. These players include Aedan Stanley (T2), Daniel Steedman (ATL UTD2), Josh Bauer (BHM), Nicky Hernandez (North Texas SC), Michael DeShields (NE Revs II), and Josh Penn (Indy Eleven) among others.

Should Gerard Nijkamp not select a GA player with the 2nd overall pick, this is a likely group for him to choose from along with some names above.

Josh Bauer arrived at the MLS SuperDraft via the path less traveled. Bauer had originally planned to be part of the 2020 MLS Draft but opted to return to UNH for his Senior season. However, once the American East Conference decided to suspend the Fall athletics seasons, the centerback signed a short-term agreement with the Birmingham Legion of the USL Championship in August. He featured in three matches for the Hammers and gained valuable experience in a professional setting.

The 22 year old could be the highest rated CB if several other underclassmen do not sign Generation Adidas deals. The former college All-American & MAC Hermann semi-finalist offers good size standing at 6’2″ and should be able to fill out the 4th or 5th CB spot on an MLS roster from the start.

The former UC Davis & Big West Conference standout could be an attractive option. A big-body CB, Kibunguchy was the bedrock of a defense that conceded 0.66 goals per game in 2019. Kibunguchy and UC Davis did not play in 2020 due to the Covid-19 restrictions, but he did impress in the 2020 Sporting KC Scouting Combine. While I wouldn’t classify him as a ready-made starter, Kibunguchy does offer several notable traits including an impressive build at 6’3″, 190lbs. Could Jaap Stam see a little of himself in the UC Davis man? 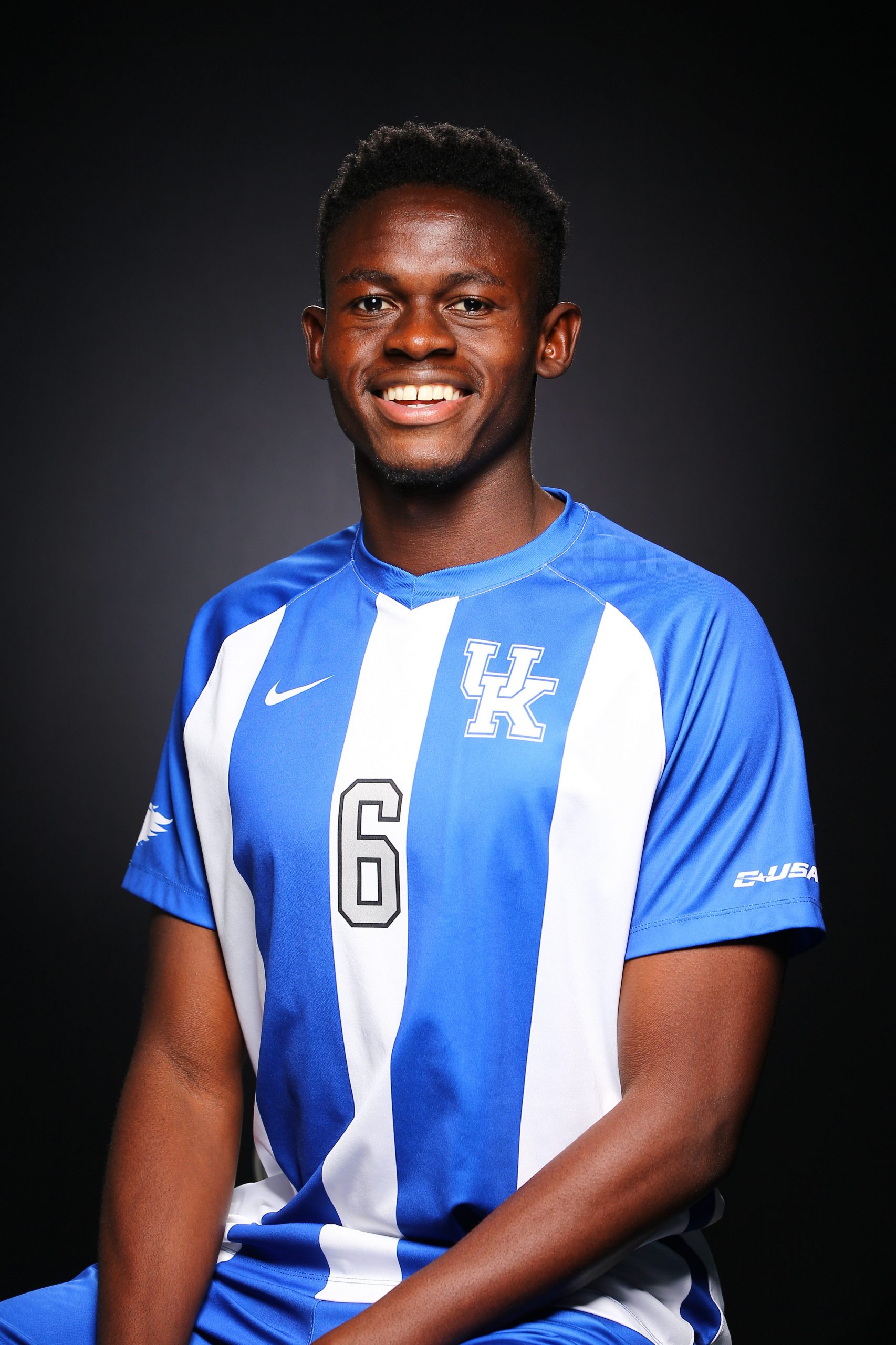 The 6’6″ defender out of Lexington, KY was the 2019 Conference USA Player of the Year and co-Defensive MVP. He registered initially for the 2020 MLS Draft and featured at the 2019 MLS Showcase before returning to UK. Mabika is also familiar with Cincinnati as he was a member of the Cincinnati Dutch Lions in 2018.

While regarded as a top 10 talent, I am not sure he is going to be taken with the 2nd overall selection. He is still a bit raw, but his size alone could be a huge upside for Cincinnati. Mabika is a player I could potentially see FCC trying to snag at a lower pick by either trading down or back into the first round later on. A move to get back into the first round cost the Orange & Blue around $75,000 in GAM so is Mabika worth it? The FCC scouting department should have reams of data on the centerback so there is a chance he could end up back in the Queen City.

There are always a few surprises in the days and hours leading up to the MLS SuperDraft. As Ives Galarcep reported, MLS could sign 1-2 additional underclassmen prior to the draft.

I have been flip-flopping on putting Ueland on this list. At this point, it would surprise me if he ended up signing a GA contract, but if he does, Ueland & Bartlow will be 1A & 1B for Nijkamp. The Dual national has been a stalwart at the University of Virginia and was the defensive partner of 2020 draftee and standout Harry Kessler.

The 6’4″, 185 lbs. CB featured with Norway’s U-17, U-18 and U-20 teams and was on Top Drawer Soccer’s All-Freshman XI in 2019. He has generally be regarded as the better of the two between Kessler and he and that could bode well for FCC as Kessler played in 26 matches including 23 starts for the New England Revolution. The smoke has died down a bit for Ueland to join MLS, but keep an eye out as he should absolutely be an attractive target in 2022.

What could be more useful for a team that loves signing International Players? Allocation Money of course! If Bartlow or Ueland are not signed, I would hope Nijkamp is shopping the heck out of the pick. In 2020 Nijkamp swapped the 3rd overall pick to Miami for $150,000 in GAM. Would you take that right now? Absolutely! What is more useful to this team? I could see a situation where the pick is swapped for a team wanting Pereira or Harris. While not an official player $150K xAM could do a lot of good either by bringing in an MLS vet or buying down existing contracts (Looking at you Kubo & Cruz).

This story will be updated pending any new Generation Adidas signings. (1/17 – Halsey Added)

For more information on the MLS SuperDraft check out Monday nights show as we will be joined by Travis Clark of TopDrawerSoccer.com.