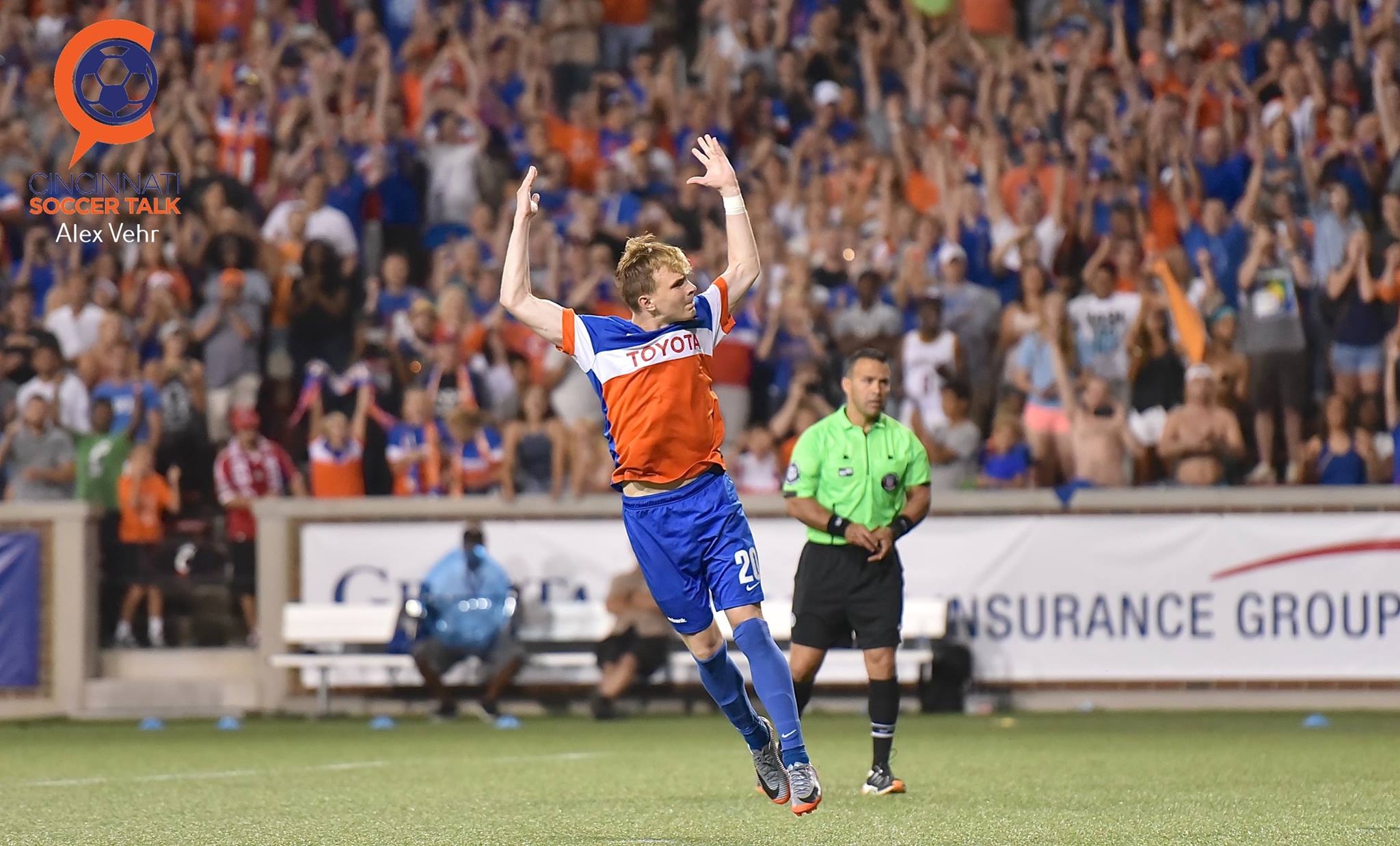 The club parts ways with its last remaining inaugural player, but McLaughlin said Thursday he wants to return on the touchline or in the front office when his playing career is over.

While Jimmy McLaughlin’s FC Cincinnati career came to an unceremonious end, the impact he had on the franchise, its fans, and the city of Cincinnati remains indelible.

Not only is he among the most popular players to ever don the Orange and Blue, McLaughlin is in many ways the most recognizable face of FCC’s fairy tale journey from a fledgling professional soccer dream to USL dynasty to MLS franchise.

“When I knew I wasn’t coming back, it was tough,” McLaughlin said. “I was emotional. I was fighting to be part of this amazing club for another year. But I’ve really been able to appreciate the whole five years here, and the amazing ride it’s been. It’s been the best chapter of my life.”

McLaughlin said during a video conference call with reporters on Thursday that he is hoping to return to Cincinnati in the future and that he has had discussions with FCC president Jeff Berding about a possible front office or coaching position with the club.

“It’s always going to be a second home,” McLaughlin said of Cincinnati. “Looking to the future, it’s a place I could see myself living. My girlfriend is from Cincinnati, that makes it easier too. I want to be part of this club long-term and to help it succeed and become a powerhouse in MLS.”

For now, the 27-year-old Philadelphia native is hoping to continue his playing career, either with a top USL club or possibly get an invite to an MLS camp. He doesn’t consider an MLS II side to be an option.

While talks between his agent and prospective clubs have only started, the emotion still is fresh for McLaughlin after learning last week that he wasn’t going to be part of coach Jaap Stam’s plans for next season.

In the end, injuries and head coaching upheaval brought an abrupt closure to McLaughlin’s career in Cincinnati. While he had held out hope of earning 10 to 15 minutes off the bench this season, he ended up making only one appearance, in the final minute of the last match played at Nippert Stadium against Sporting Kansas City. It was McLaughlin’s first appearance since the end of the 2018 season.

“I knew this was going to be a make or break year,” he said. “That’s why it was so crucial to get healthy and get back on the field. I did think I was going to get more of an opportunity play.”

It was a bittersweet MLS return for McLaughlin, who made three appearances for the Philadelphia Union before becoming one of FCC’s first 11 signings in December 2015.

In three seasons in USL, the player affectionately dubbed “Pennsylvania Messi” made 103 appearances, including 72 starts, and scored 12 goals with 11 assists across all competitions.

The unkindest cuts of all came in the form of injuries that couldn’t have come at a worse time for McLaughlin. First, an ACL tear suffered while training at home resulted in him missing the entire 2019 season, the club’s inaugural MLS campaign. Then a high ankle sprain prevented him from participating in the MLS is Back Tournament in Orlando.

To make matters worse, the ankle injury came at a time when a window of opportunity had just opened for McLaughlin to impress the newly-hired Stam. McLaughlin believed the bubble at the MLS is Back Tournament in Orlando, Florida, with an expanded squad and additional substitutions would give him an opportunity to showcase his ability. But the ankle injury was more serious than he originally thought. By the time he came back, he largely was an after-thought in Stam’s system.

“I had built up a lot of equity with Ron (Jans),” McLaughlin said. “Obviously there’s the coaching change, and then a global pandemic. It was an unfortunate series of events, unlucky. At the end of the day, in the few weeks I had to impress, I didn’t do enough to win over the coach.”

McLaughlin said he won’t close any doors in his pursuit of a new team and left open the possibility of reuniting with former FCC coach John Harkes, who is managing Greenville SC in USL League One. McLaughlin said he and Harkes still exchange texts. The next chapter in McLaughlin’s career is yet to be written, but it’s clear he isn’t ready to close the book.

“I think I’ve grown as a player and a person through all this adversity,” said McLaughlin, who was the longest-serving FCC player. “Just trying to find the right fit for me. I feel like I could have made a difference for this team moving forward. That’s how this business goes. No hard feelings. I’m buzzing to show everyone what I can do on the field.”