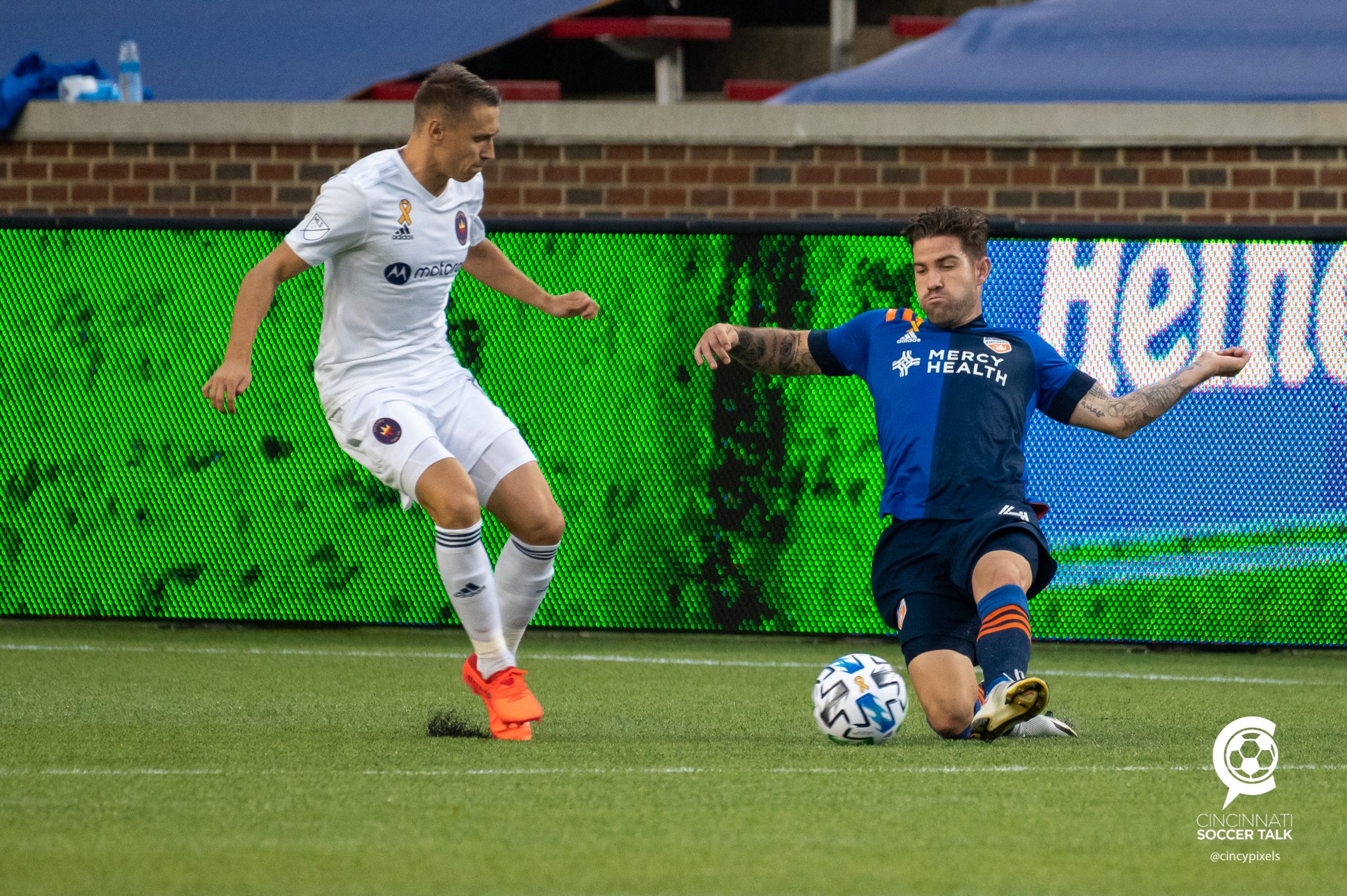 FC Cincinnati announced their initial roster moves to reshape the squad for the upcoming 2021 season.

FC Cincinnati announced their initial roster moves on Monday morning to reshape the squad for the upcoming 2021 season.

“Making end-of-year roster decisions is always an important step to take as we continue the process of building a roster that fits our playing philosophy,” General Manager Gerard Nijkamp said. “There are always difficult decisions to be made, and oftentimes, a mutual parting of ways between a player and a club proves to be the best decision for both parties.”

“We have seen the potential in a number of players who have shown their quality and how they can fit within the club’s playing style. We’re also utilizing our partnership with TSG Hoffenheim to evaluate the opportunity with Franko Kovačević to see if there is a fit within our roster following the 2021 preseason.”

Most notable of the moves was the decision to not exercise the 2021 season option for FC Cincinnati’s first captain in MLS, Kendall Waston. The Costa Rican center back made 42 appearances in Orange and Blue over two seasons.

Siem de Jong, one of Gerard Nijkamp’s high profile signings heading into the 2020 season from Ajax will also leave the club. The creative midfielder made 15 appearances but failed to tally a single goal or assist.

Haris Medunjanin saw his option exercised after an impressive season appearing in 21 matches, starting 19. According to Laurel Pfahler, Medunjanin had a trigger in his contract that would exercise his option based on playing time. It is believed that he met these requirements having played in the bulk of the matches this season.

The club’s current roster decisions for 2021 are as follows:

“We felt it was important to make these decisions swiftly to not only provide an opportunity for the players who are no longer part of our organization to have the maximum amount of time to find a new opportunity, but also to provide us the roster flexibility as we prepare for more additions ahead of the new season,” Nijkamp said.

Check out the latest CST Salary Budget Tracker with up to date estimates for the 2021 season.

FC Cincinnati’s current roster headed into 2021, listed alphabetically by position, is below: