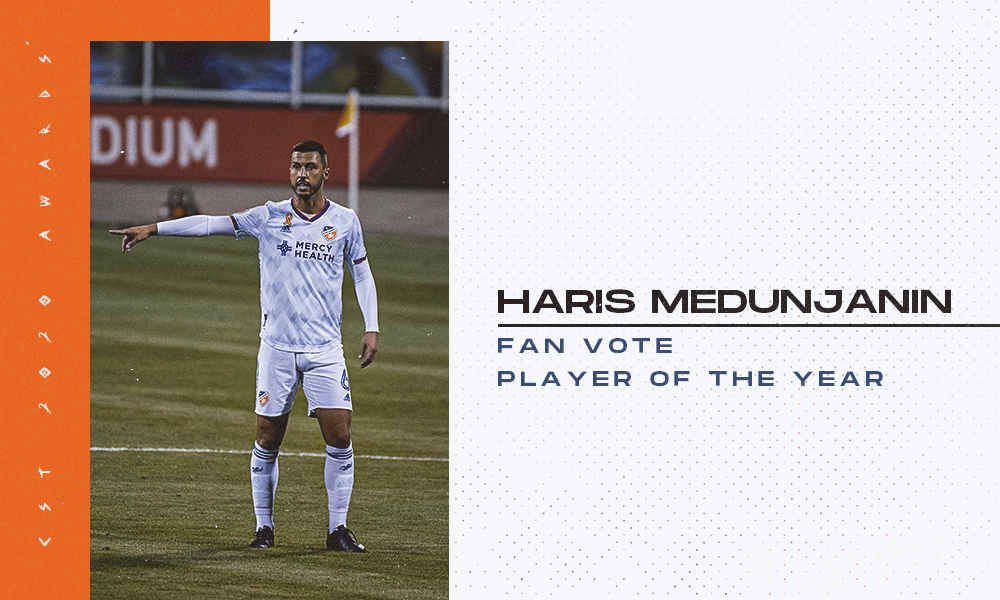 Cincinnati Soccer Talk’s audience has voted Haris Medunjanin as its choice for FC Cincinnati’s Player of the Year.

We’ve given our last word on 2020 awards to you, our outstanding watchers, listeners and readers. The votes are in and the election is certified. The CST audience has voted Haris Medunjanin as its Player of the Year. Medunjanin won with 36% of the fan vote.

Medunjanin marks only the third FC Cincinnati player to win the fan vote. Harrison Delbridge won in 2016 and 2017, followed by Emmanuel Ledesma in 2018 and 2019.

Medunjanin made 20 appearances this season for FC Cincinnati, including 18 starts, and had one goal and one assist. He was third on the team in minutes with 1,639. He also provided leadership on the pitch, serving as captain five times.

We received 172 votes this year for our Fan Player of the Year. Thanks to all who voted.