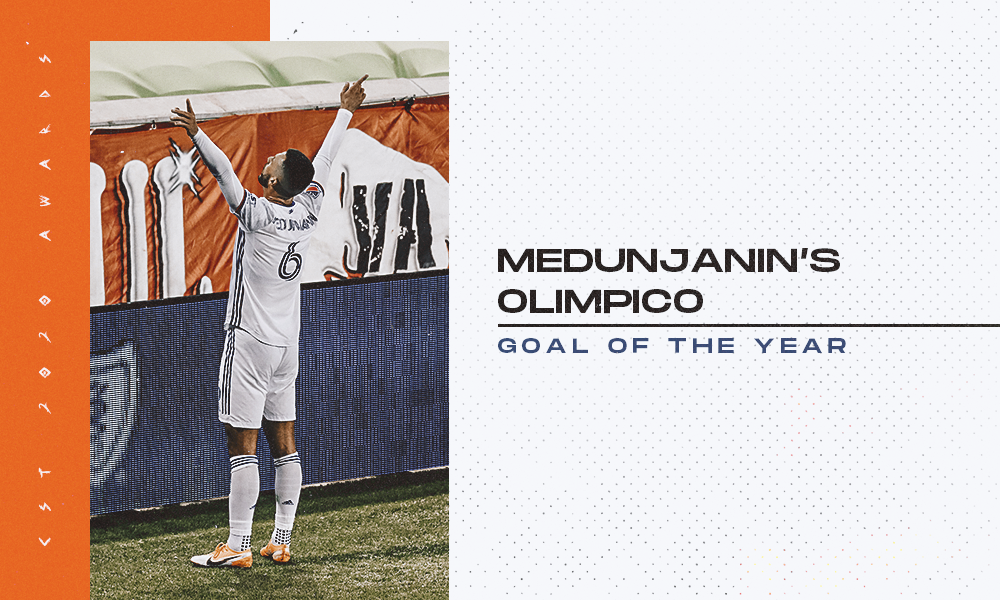 The Cincinnati Soccer Talk staff voted on the best FC Cincinnati goal in 2020. Here are the results.

There weren’t a lot of goals to consider as our favorite in 2020, but of the 11 scored, four stuck out in the minds of the CST staff. A CST staffer who voted for a goal gave their explanation of why the goal got his vote. Here are the results:

For me, FC Cincinnati’s Goal of the Year is Yuya Kubo’s strike at Atlanta United in March. On a personal note, it was the only goal I got to see in person, from the Mercedes-Benz Stadium pressbox. But there are other reasons to pick this goal.

Rocked by the departure of Ron Jans right before the season started, FC Cincinnati made a valiant comeback attempt in New York to start the season. It came up short, but in Atlanta the team trailed again, 2-0, when Kubo struck in the 64th minute. Could this be the start of another comeback attempt that pans out? It wasn’t, but it was proof of what Kubo could do in his first season with the club. He took a feed from Adrien Regattin, made a simple move to the middle and uncorked one from 20 yards out into the right corner. Atlanta keeper Brad Guzan never moved his feet. It was a beautiful strike.

Remember Summer 2020? It was a lifetime ago for everyone, including FC Cincinnati. After getting ran off the field in their first group stage match, it seemed the Orange and Blue were destined for a swift and unimpressive exit from the MLS is Back Tournament. But one young man said “not today.” FCC showed up with a new defensive formation for the first time, and it was working. As the minutes ticked by without a goal conceded, Cincinnati fans slowly began to wonder if they could hope for something incredible.

In the 76th minute, after recovering a turnover, Adrien Regattin passed to wonder kid Frankie Amaya. He only took two touches. He switched over to his left, took a step forward, looked up and launched a curling shot from 30 yards away. It was amazing as it was unexpected. Brad Guzan was off his line and couldn’t reach Frankie’s shot as it soared beautifully into the corner. It may have come out of nowhere but it was certainly more deliberate than Haris Medunjanin’s “Olimpico.” And for the moment — watching at 9 am, convinced that FCC would fail miserably — no goal was more monumental. Frankie’s Golazo made us believe.

For me, the goal of the year was Brandon Vazquez’s goal against NYCFC on September 12th. It might make sense to choose a goal that won a game or maybe a goal that was technically spectacular, but I preferred Brandon’s goal because of what it meant to the fans. After getting stomped by Columbus in Coach Jaap Stam’s debut game, he shifted the team to a defensive posture and focused on not giving up goals. At first fans were happy, especially after giving up so many goals in the 2019 season but eventually the lack of scoring began to frustrate even the most patient fans. When Vazquez finally broke the drought, it was late in the 6th game. Not only that but it had been over  1.5 months. Though his goal didn’t open up a scoring river as some hoped, the sense of relief and hope was huge.

Normally in any given year you have several goals that stick out but with just 11 on the season, there wasn’t much to choose from. For me there were two moments that stuck out, Frankie’s game-winner against Atlanta, and Medunjanin’s late “Olympico” to beat the Red Bulls. I went with Medunjanin’s goal due to late heroics and the level of difficulty. Some say they think it was a pass but I’m going shot the entire way. FC Cincinnati packed the box tightly making it tough for David Jensen to move. Medunjanin put the ball in a tight spot with tremendous pace making it tough for any keeper. There has been one player who has been a consistent presence for FC Cincinnati and that’s why I vote for his “olympico” as my goal of the year.

O L I M P I C O! What a goal from Haris Medunjanin!#AllForCincy #RBNYvCIN pic.twitter.com/YPOqViPyHt