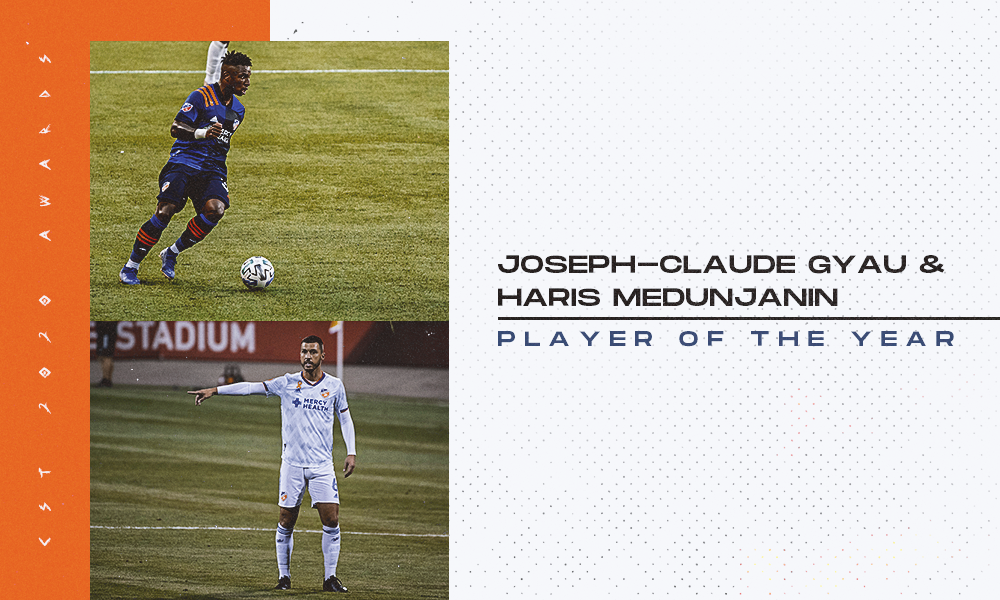 For the Staff-Voted Player of the Year, our staff considered three different players. A CST staffer who voted for a nominee gave their explanation of why they voted for the candidate. Here are the results:

For FC Cincinnati, 2020 had been a disappointing year. All of the impact players who were brought onto the squad have failed to produce or live up to their expectations. It doesn’t leave many players left to choose from as player of the year. An easy choice is to pick a player who has done what was expected, but I’d prefer to nominate a player who did more than expected. Zico Bailey is a young fullback. Third choice on the lineup. Not expected to get much or any playing time this season. Both the left backs get injured and the first and second right back get injured and Zico gets a couple of starts and some minutes off the bench. Is he a starter for next season? No, but I certainly felt comfortable with him stepping in. It hasn’t been often this season that we could say that went better than expected. He’s got a promising career ahead of him and was a bright spot this season poking through some thick grey clouds.

When FC Cincinnati’s offense was sputtering — which it did quite often in 2020 — the one constant was Joseph-Claude Gyau wreaking havoc down the right side with his pace. On the counter especially, but also in the run of play, Gyau gave left backs plenty to worry about. He could cut inside or cross if he had the help. He didn’t score, but he had an assist and he was always looking to make something happen. For this, he is my vote for FC Cincinnati’s Player of the Year.

How many clubs have their defensive midfielder be their MVP, while not being a brute force defensively? The story of this season has been little-to-no scoring, questionable improvement and low production from high dollar players. Haris Medunjanin came into this group as a veteran who can log a ton of minutes, ping amazing passes across the field and help turn a group of young players and misfits into a squad who could compete. He did everything we expected while also delivering a little flash on his Olimpico.

While not being an immense presence defensively, he still put the required work rate in to shield his line and help turnaround a group that allowed 2.2gpg. If you look at his stats, sure they aren’t the greatest, but none in 2020 have been. It’s the little things that Haris has done all season that makes him my MVP. Haris was the mentor to Frankie, our lone chance creator in matches by sending great long balls that went unfinished by his offense, and he kept his head up and encouraged the squad to keep going.
This year was a disappointment, but I wasn’t disappointed by Haris. In my opinion the 2020 MVP deserves an additional season at the West End Stadium as the club’s captain. I have enjoyed seeing him and Kamo together over the past month and hope to see more in a winning effort in 2021.