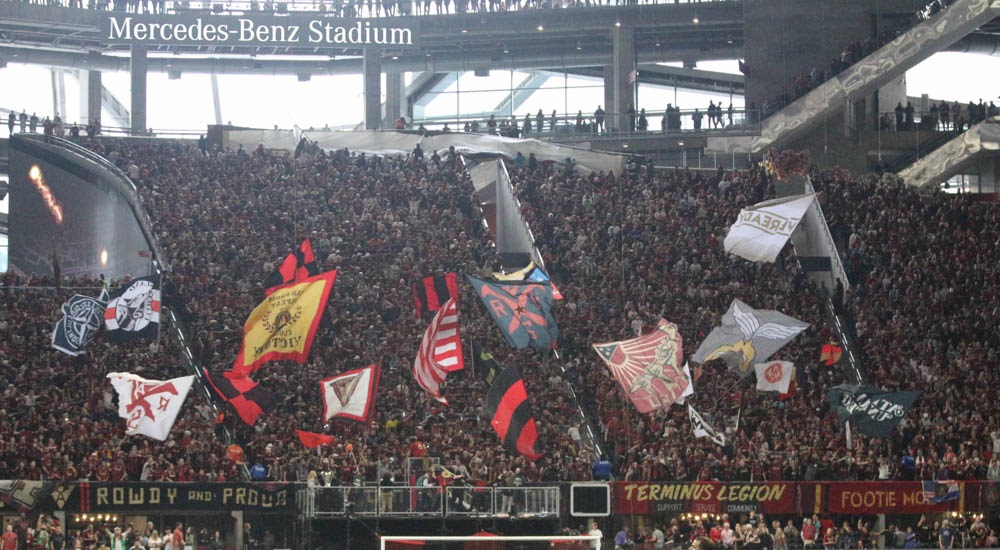 It’s FC Cincinnati’s chance to play for pride, play as spoiler and maybe to get a result Sunday at Atlanta United.

FC Cincinnati and Atlanta United FC sit at the bottom of the Eastern Conference. It would take a lot of positive results from other matches for FC Cincinnati to make the playoffs at this point. Though it isn’t officially out of the postseason, effectively, it is. Atlanta, on the other hand, has at least a reasonable chance to grab the last playoff spot. It’s FC Cincinnati’s chance to play for pride, play as spoiler and maybe to get results in its last two matches and not finish last.

Atlanta is a shell of its former self. The season-ending injury to Josef Martinez, the transfer of Miguel Almiron to Newcastle, the inconsistent play of Gonzalo “Pity” Martinez and of course coaching changes makes the club far different from the one that won the 2018 MLS Cup under Tata Martino. Atlanta has floundered under Frank de Boer and hasn’t shown an upward trajectory under interim coach Stephen Glass. That said, the team is not without talent. Recent designated player signing Marcelino Moreno is looking very promising, and FC Cincinnati needs to keep a watchful eye on him to prevent him from having a break out game and giving Atlanta the spark it has been looking for.

Atlanta has been fairly predictable this season, taking almost all of their shots off of crosses into the box. FC Cincinnati coach Jaap Stam has kept the backline consistent with Nick Hagglund and Tom Pettersson since the win against Columbus, but will he make an adjustment and bring in Kendell Waston, who will win almost every aerial dual in the box?

FC Cincinnati couldn’t buy a goal at this point. Chances are being created, but the team can’t even convert a penalty kick. With Yuya Kubo getting some minutes in the previous match against Sporting Kansas City, we may see him get more playing time on the wing. Siem de Jong has had opportunities as a false 9 but has not been able to score. Maybe it’s time to move Jurgen Locadia back to the 9 spot and let him and Kubo and Joseph-Claude Gyau all float around the front three positions.

Atlanta United FC and FC Cincinnati have had four MLS matches in their history. Overall, the head to head record is 1-2-1 for FC Cincinnati with Atlanta getting the best of the Orange and Blue.

Alvaro Barreal, Greg Garza, Caleb Stanko, and Przemyslaw Tyton were not medically cleared to play against Atlanta as of Friday.

For “in-the-know” information, listen to March to Matchday where Cincinnati Soccer Talk discusses upcoming matches with media sources from the opposition. On this week’s March to Matchday, Joe Patrick from Dirty South Soccer stops by to preview Sunday night’s matchup between FC Cincinnati and Atlanta United.

For tactical breakdowns and discussions, check out Talking Tactics with Coach Brad Gough. Listen to his analysis of the win against Atlanta in MLS is Back or check out his talk on improvements in the recent form of the squad that should give fans some positives to look for during games.