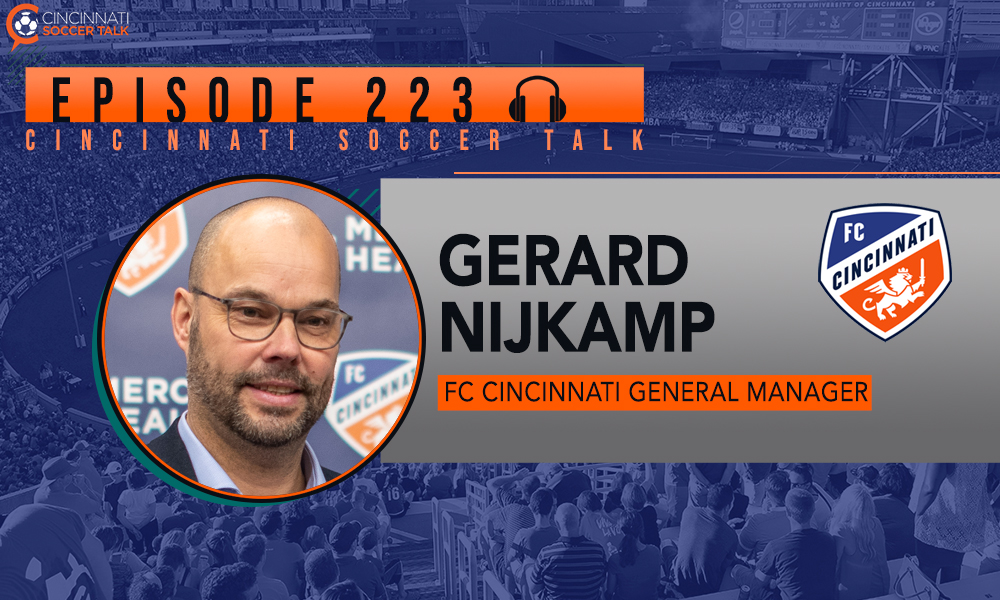 On this week’s episode of CST, we’re pleased to be joined by FC Cincinnati’s GM Gerard Nijkamp to discuss the 2020 season, roster, transfer window, and more. Get downloading!

We start the show off by visiting with FC Cincinnati GM Gerard Nijkamp. Of the many topics we discussed this week with Gerard are the complexities of building a Major League Soccer roster, his relationship with Jaap Stam, and how he feels he’s doing as FC Cincinnati’s head coach. He also reveals that FC Cincinnati are in the market for a center back, a position in need of an upgrade. We even got a chance to ask him about how the Netherlands fared this weekend in the UEFA Nations League. Gerard is obviously a busy man during this transfer window and we appreciate him taking the time to join us on the show.

Michael, Bryan, Jeff and I offered up our Best and Worst from Hell is Real and recapped the match, as best we could. Hopefully the Orange and Blue can turn things around this weekend in the Big Apple when they take on NYCFC in Red Bull Arena.