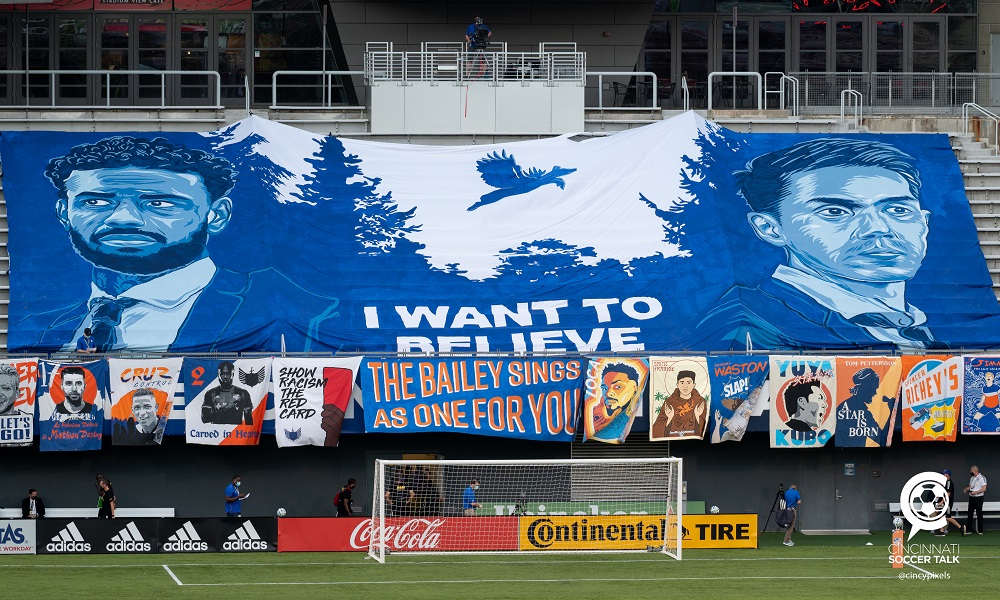 After a lackluster performance at the Chicago Fire last week, FC Cincinnati rebounded and held the top team in the Eastern Conference to a scoreless draw. Chicago, on the other hand, did not ride its win for long, falling 3-1 to New York City FC last weekend.

And now, a week later, the two teams meet again — this time at 7:30 p.m. Wednesday in Cincinnati, where FCC would like to carve out a different result in front of the virtual home crowd.

In their previous match, Chicago pressured early, and FC Cincinnati started the game flat. Two quick goals left FC Cincinnati chasing the game and put Chicago firmly in the driver’s seat for the entire 90 minutes. FC Cincinnati is set up currently to defend and counter. It is critical that it weather the early press from teams hoping to get an early goal and force FC Cincinnati to open up the game. The longer FC Cincinnati keeps an opponent scoreless, the more confident it gets and the more frustrated the opponent becomes. FC Cincinnati is looking for small mistakes to capitalize on.

FC Cincinnati’s midfield struggled in its previous encounter with Chicago. It tended to drop deep and didn’t apply pressure, giving Gaston Claudio Gimenez and Álvaro Medrán too much space and time to break down the backline with dangerous passes. Brad Gough covered this in How They Happened. FC Cincinnati’s midfield needs to close down Gimenez and Medrán when they get possession to make it difficult for them to make probing passes thru the FC Cincinnati defenders.

Coach Jaap Stam needs to be careful with his players’ health and fitness. The roster is already fairly light with players transferred and loaned out to make room for players to be brought in during the current transfer window. This is putting a lot of pressure physically and mentally on the starting lineup for FC Cincinnati. In two of the last three games, Stam left three potential substitutes on the bench. The only game in which he used all five subs was the previous match against Chicago, where Allan Cruz picked up an early knock and the early goals from Chicago forced Stam to adjust his tactics.

FC Cincinnati currently sits in the 10th position in the East. Chicago occupies the 12th position. They both have a goal differential of -6 and only one point separates them.

We know that MLS will take 18 teams into the Playoffs, and according to The Athletic, 10 teams will come from the Eastern Conference. If true, Cincinnati is sitting in the last playoff spot, and Chicago is outside looking in.

Chicago and FC Cincinnati have only had three MLS matches in their history — one win for each team and a draw. Chicago has never won or even scored during regulation play in Nippert Stadium, including the 2017 U.S. Open Cup match when FC Cincinnati was still in the USL. That game went scoreless and ended with a penalty shootout.

Jimmy McLaughlin and Spencer Richey are both not medically cleared to play according to club game notes. Newest signing Kamohelo Mokotjo is still unavailable awaiting immigration.

Frankie Amaya is the only FC Cincinnati player with four accumulated yellow cards. He needs to be careful to avoid another yellow card which would result in a one-game suspension.