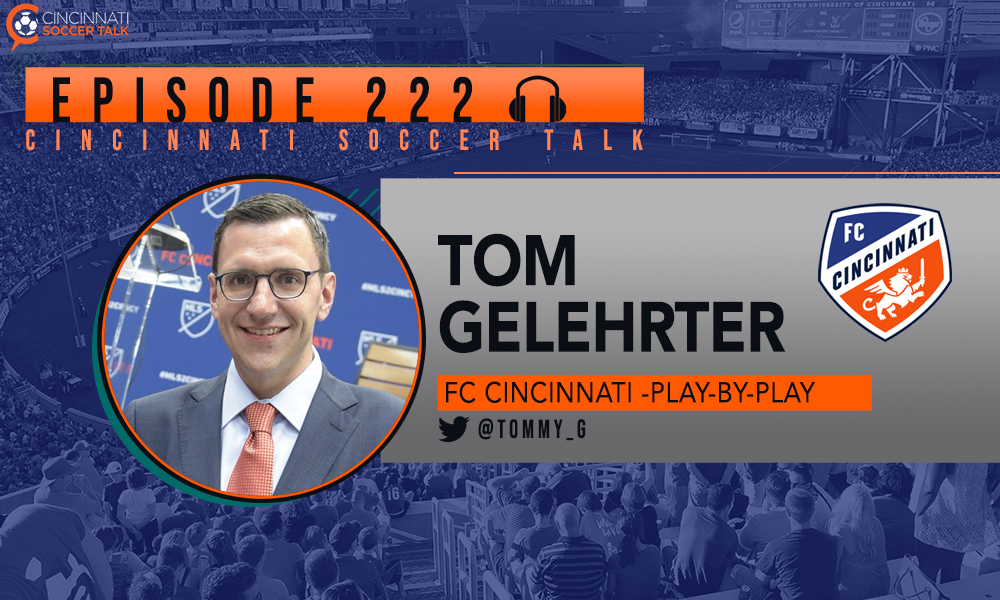 Clay, Jeff, and former FC Cincinnati midfielder Michael Lahoud give their Best and Worst from Saturday night’s Hell is Real Part Deux against the Columbus Crew.

We are pleased to be joined this week by friend of CST, FC Cincinnati TV/Radio Play-by-Play voice Tom Gelehrter. Tom is the owner and creator of 4th Floor Creative who has undertaken a massive documentary project that will debut coming up on September 9th. The documentary film is called “Nonstop Flight: The Untold Story of FC Cincinnati”. If you haven’t seen the trailer for it, here’s the link. We’re really looking forward to watching this film and we can’t thank Tommy G enough for stopping by to chat with us.

We wrapped up this week’s show by trying to figure out how to fix FC Cincinnati’s offensive woes.