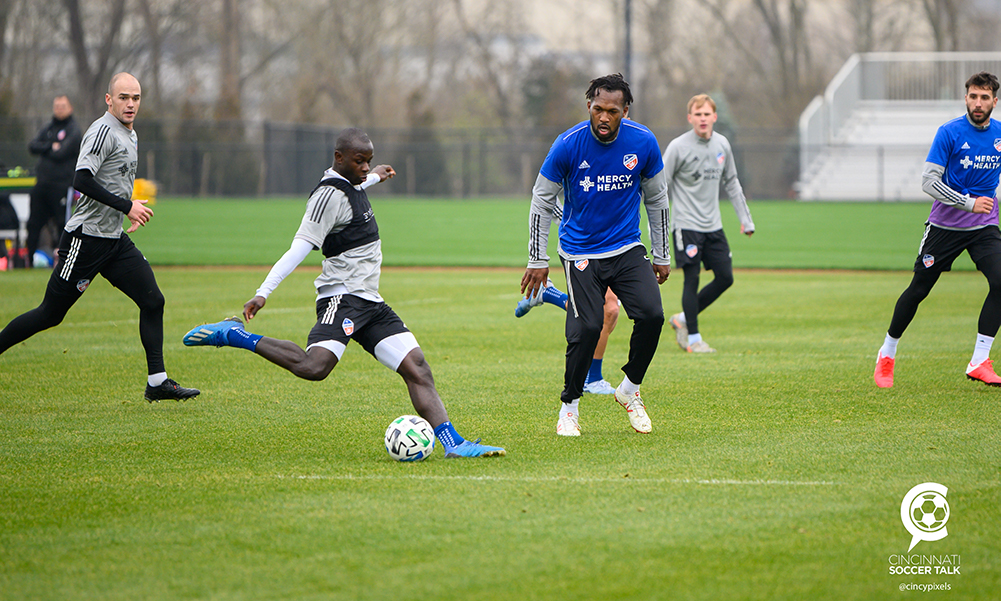 Many knockout-style tournaments have a Cinderella waiting. With many variables, the MLS is Back Tournament could provide FC Cincinnati an opportunity to succeed. D.J. Switzer explains why.

Major League Soccer is back! Well, next month it will be anyway. And that’s assuming confirmed COVID-19 cases don’t continue rising at an alarming trajectory in Florida and the virus doesn’t find great success infiltrating the MLS camps due to set up there in the coming week. Ugh.

But none the less, professional soccer is proposed to return to North American shores from its lengthy, pandemic-fueled hiatus. And it will do so in the curiously constructed and the oddly named MLS is Back Tournament. All 26 MLS clubs will convene at Orlando’s sprawling ESPN Wide World of Sports complex for what appears to be mash-up of both a preseason tournament and regular season play.

For many, the return would have been welcomed no matter the format. But the tournament format — similar to that of the World Cup, with group play preceding a knockout stage — provides the league with a potentially interest-driving, commercially appealing way of restarting its season in a single location. Given that MLS will be the first major American sports league to return to play, that’s at least what the league office is hoping will be the case.

How seriously each club takes the competition, however, remains to be seen.

Some will undoubtedly write the competition off as little more than a second preseason to prepare for what will hopefully be a long regular season and MLS Cup playoffs ahead. Others might be forced to deprioritize it due to injuries to key players or the lack of expected arrivals from abroad. It’s plausible that a few might even go as far as to tank in the group so they can more quickly exit Florida’s contagious confines.

But with the one-off tournament awarding the winner a highly-valued Concacaf Champions League birth, it’s also likely that some clubs might take the opportunity very seriously. Who is likely to take it as such is likely to depend on which sides believe they’re actually capable of winning the competition.

And while the oddsmakers and punditry have their favorites for Orlando, there’s an argument to be made that every team has a legitimate shot at lifting the trophy.

Sure, there are some glaring sides that should be able to win it. Reigning MLS Cup champions Seattle and finalists Toronto come to mind. Atlanta and Los Angeles FC remain juggernauts. The Galaxy have had an offseason to build around Chicharito. The New York sides are always a threat, too.

But if there’s one thing tournaments are guaranteed to produce, it’s cinderellas.

Every World Cup cycle, there’s a team or two that emerges from a “group of death” that — on paper at least — shouldn’t have. Cameroon in 1990 is probably the best example, but it was the U.S. Men’s National Team in 2002. Cinderella runs have been even more dramatic in the European Championships, with Denmark and Greece each shocking the soccer world by being crowned champions in 1992 and 2004 respectively.

The structure of MLS as a league even heightens the likelihood of a Cinderella. With parity being such a key focus of player acquisition mechanisms, it’s difficult for teams to really pull ahead of the pack in terms of talent. With teams starting closer to a level playing field than your average national team, that theoretically makes it easier for everyone to advance.

It’s not uncommon to see the teams challenging for MLS Cup each season to start the season slowly, and it might be possible to catch them off guard now, too.

Then consider the impact of even having a tournament of this type, at this point in what would normally be the regular season, in unfamiliar surroundings, with coronavirus cases spiking in the area, without the comforts of family and friends at home. That type of uncertainty could be the ultimate equalizer, nullifying a key player or throwing off a team’s standard mojo.

And that’s why, for teams like FC Cincinnati, this tournament represents an incredible opportunity.

Despite a horrific first campaign in MLS, having to fire its new head coach days before the season and having a new manager swooping in to pick up the pieces, FCC could still win the MLS Is Back Tournament.

Jurgen Locadia has been secured for the season. Siem De Jong is now in the fold, and hopefully he and the other new arrivals will find their feet quickly, too. All it might then take would be catching a good run of form, hoping the draw delivers you some favorable opponents and getting some lucky bounces. If that happens, the second-year MLS outfit could be lifting its first trophy in a month’s time.

Sure, that’s a lot of ifs. And it’s just as possible that the team finishes bottom of the group and is back in the Queen City in two weeks. Recent history and the odds stacked against it would certainly reflect in the betting lines being assigned to the team.

But that doesn’t mean FC Cincinnati won’t be Orlando’s Cinderella, though. It’s Disney World, after all. And there’s no better place for a miracle to happen than the most magical place on earth.