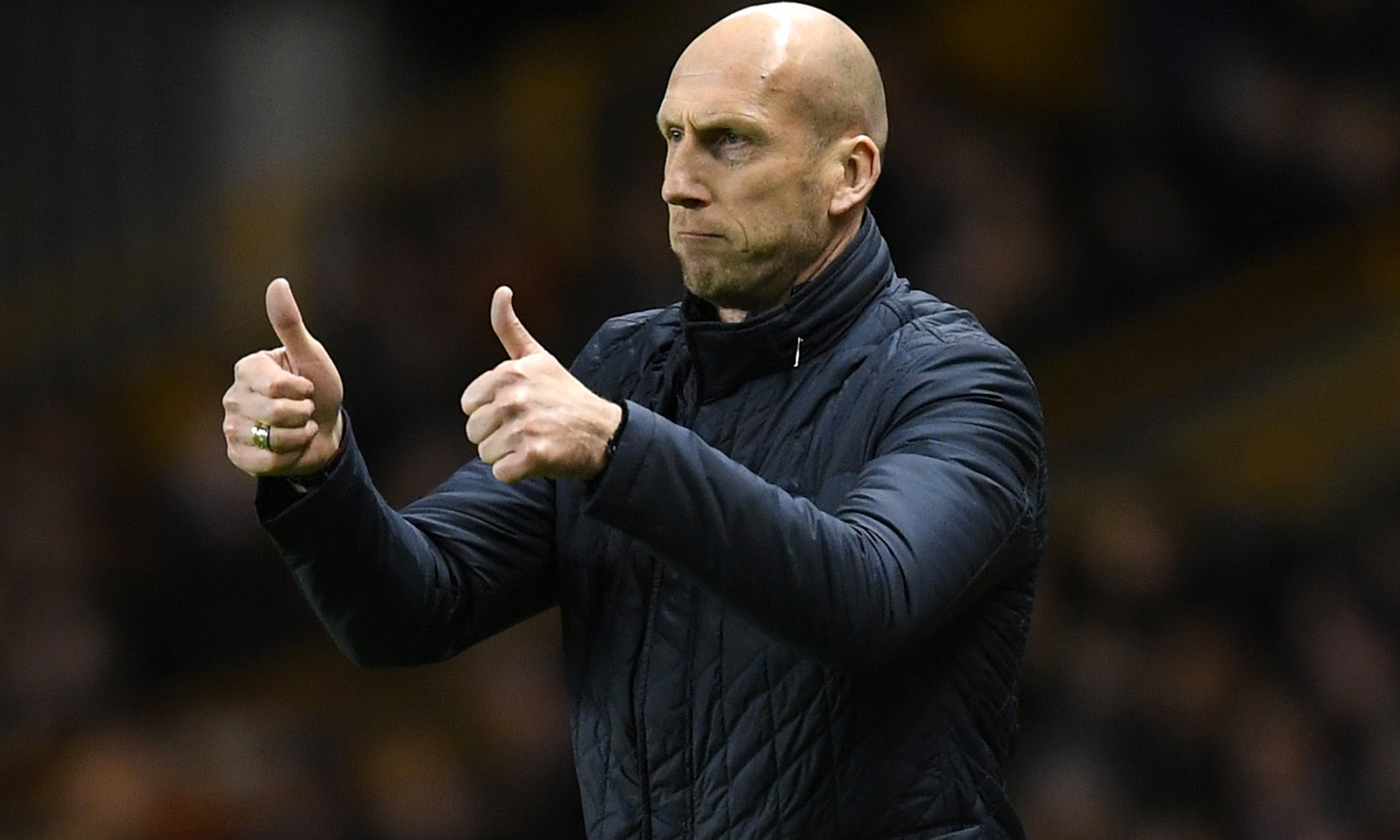 New FC Cincinnati coach Jaap Stam gave his introductory video press conference to local and international media on Friday. It’s still uncertain when Stam, still in Europe because of travel restrictions, can get his work visa and come to the United States.

Some called him the most frightening defender in football history. Manchester United fans once sang, “Yip Jaap Stam is a big Dutchman. Get past him if you f****** can”. At 6-foot-3, 201 pounds, with a chiseled cranium and an icy stare, the new FC Cincinnati manager is an intimidating presence. But he says that popular persona is a bit unfair.

“When they see me physically, everyone thinks ‘He must be angry all the time,’” Stam says. “I can have a laugh.”

He proved that to be correct when during Friday’s video conference call with reporters he was asked about the club mistakenly using a photo of Ajax youth coach Tinus van Teunenbroek in an introductory Twitter post on Thursday. Stam offered a good-natured response, we can assume to the relief of the person responsible.

The man who was known for applying an occasional chokehold while playing for Lazio and Milan, and for famously going jaw to jaw with Zlatan Ibrahimovic, is FCC’s latest head coach. How Stam’s imposing stature and videos of his crunching tackles resonate with the players remains to be seen.

For any successful player, translating expectations and influence in a managerial role isn’t always the easiest thing. But Stam has settled into that role.

“I played in a certain way, with a certain aggression,” Stam said. “As a manager, you need to learn how to manage that as well. Of course, you want to give that winning mentality to the team. My expectations are always very high. Just because you are a former player, doesn’t mean you’re going to be a very good manager.”

As a player, Stam played 15 seasons, including stops at PSV Eindhoven, Manchester United, Lazio, A.C. Milan and Ajax. While at Manchester United, he was part of three Premier League title-winning clubs and lifted the FA Cup and UEFA Champions League trophies.

Obviously with FCC having only played two matches with the current roster prior to the COVID-19 suspension, Stam hasn’t had much time to evaluate his new team. But he has begun that process.

“I’ve analyzed FC Cincinnati the last two games they’ve played in the league,” Stam said. “I know in a certain way what they can do. By being on the pitch and working with them, you know them better. I know what their strengths are and what they need to work on. I already see there’s a lot of ability here.”

Stam joins FCC amid historically abnormal circumstances. The global pandemic and subsequent travel bans made this coaching search extremely cumbersome as general manager Gerard Nijkamp had to reduce 100 domestic and international applicants down to 10, then to three, before arriving at Stam. It is not certain when Stam will obtain his work visa and be permitted to travel to the U.S. and meet personally with his team, but club president Jeff Berding confirmed that the applications were filed on Thursday.

“As a head coach, you need people around you that know you and also know what you want to achieve, and how you work, and your tactical plans,” Stam said. “He’s a former professional player. He’s a young guy and a good man manager. He will fit well with the technical staff that is already there.”

Nijkamp also confirmed on Friday that two-time interim manager Yoann Damet also will be a part of Stam’s staff. Damet served as an interim coach each of the past two years following the unceremonious ousters of Alan Koch and Ron Jans.

“We are thankful for what he did, two times now, in difficult times,” Nijkamp said.

“We need to do well and start to winning games,” Stam said. “Hopefully we can start to achieve that very quickly, but in football, you need to have your time as well. It’s a building process, by making some changes and choices. That’s what FC Cincinnati is trying to do, to eventually be very stable.”

Of course, Stam’s hiring further fueled the “Dutch FC” narrative that persists within the club with Nijkamp and several players and staff members being of Dutch lineage. While Nijkamp did work with Stam at PEC Zwolle, he poked fun at the media for helping drive that storyline.

“There are 17 million people in the Netherlands (but) every time we talk about Dutch candidates, it’s a ‘friend of Gerard’s that wants to join FC Cincinnati’,” Nijkamp said. “I like Jaap a lot, how he is as a professional in his job. The most important thing is about quality. We like each other, yes. But I believe we have a good fit.”

Stam’s hiring does suggest a continuation of the style of play and system that has been in place since Jans’ hiring last summer and factored into the construction of the current roster. Of course, given his current loan deal which is set to expire in July, it’s uncertain how long the roster will feature Jurgen Locadia. Stam said he hopes to retain Locadia and said the system in place is one he’s comfortable with.

“A very important thing for myself to join FC Cincinnati and what makes it a little easier as well is that they are playing the system I like to play as well with the 4-3-3 system,” Stam said. “I like to play in a dominant way, pressing high up if the opportunity is there, looking at the opportunity, and of course being patient at times as well. If you look at the roster, there is a lot of quality players that can fit in that system.”

One thing’s for sure, Stam will make for an intimidating shadow on the touchline. When asked about rival MLS clubs poking fun at FCC for the photo snafu, Stam sized them up, then zeroed in for the tackle.

“I can’t wait to beat those other teams,” he said. “Then enjoy a laugh.”