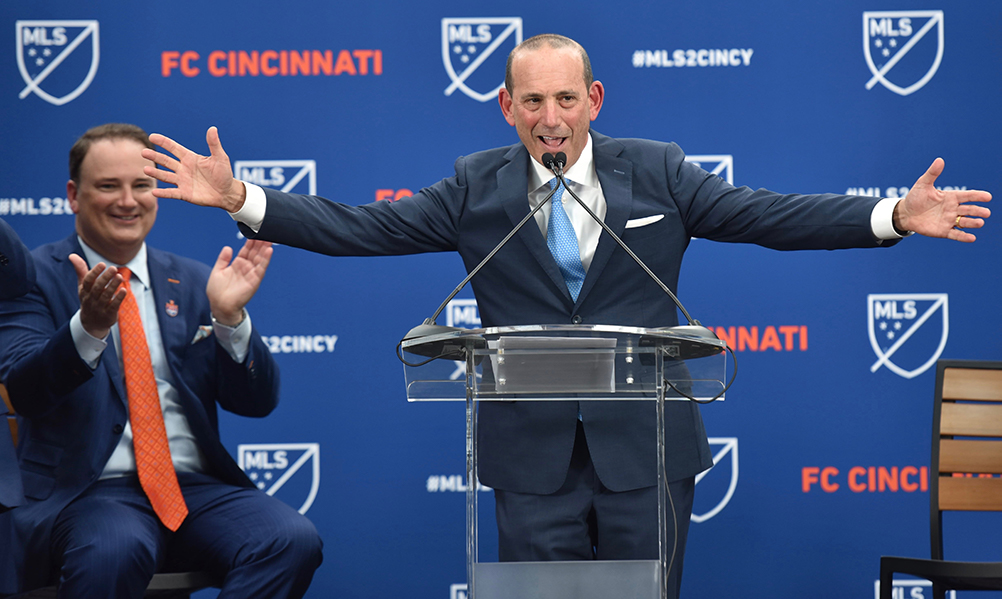 MLS on Wednesday announced details for its MLS is Back Tournament, which begins in group play July 8 in Orlando, Florida. The draw for group play will be at 3:30 p.m. on Thursday.

The day every MLS fan has been anticipating since the league suspended the season because of the COVID-19 pandemic nearly three months ago is finally here. Wednesday morning, MLS announced it will return to play on July 8.

With the news of MLS and its players ratifying a new collective bargaining agreement last week, fans knew the league was returning, just not when, or exactly how. Now the details about the league-wide tournament have been revealed.

Each group will have a top seed. As the “host” of the tournament, Orlando City will lead the group of six. The semifinalists from last year’s MLS Cup Playoffs — Atlanta United, Los Angeles FC, Seattle Sounders FC, Toronto FC — and Real Salt Lake join Orlando as group seeds (Real Salt Lake had the next highest points total in the West last season, after LAFC and Seattle).

Just like the FIFA World Cup, the group stage of the MLS is Back Tournament will have games nearly every day between July 8 and July 25, when the knockout round begins. Each team will play a minimum of three games — Orlando City’s group of six the only group that won’t play every team it is paired with. Due to the heat and humidity in Florida, games will take place at 9 a.m., 8 p.m. and 10:30 p.m. The majority of the matches will be played in the evening.

From there, the tournament will resemble a standard round of 16. The top two teams from each group will automatically advance to the knockout round as well as the four best third-place finishers. MLS did not reveal Wednesday what will determine any tie-breakers (goal difference, head-to-head, goals for, etc.) The round of 16, quarterfinals, semifinals, and tournament final will all be single elimination. Any knockout round match that ends in a tie will be decided by a penalty shootout. Each team can have a matchday roster of up to 23 players instead of the standard 18, and the tournament will allow teams to have five substitutions per match.

The group stage matches will count for points toward the 2020 regular season, which MLS intends to resume after the end of the tournament, with a revised schedule in home markets. The MLS is Back Tournament Final will be Aug. 11, and the winning team will earn a spot in the 2021 Concacaf Champions League, replacing the spot earned by the regular-season conference winner that did not win the Supporter’s Shield. In addition, the tournament will give players the opportunity to earn additional bonuses as part of a $1.1 million prize pool.

While the format of the tournament was the big news today, MLS Commissioner Don Garber took a moment to reflect on concerns around the global pandemic and the global protests against racism and police brutality.

“The opportunity to have all 26 clubs in a controlled environment enables us to help protect the health of our players, coaches and staff as we return to play,” said Garber on the league’s website. “We also recognize that the death of George Floyd and others has focused our country on issues of racial injustice, inequality and violence against black men and women. Together with our owners, players and staff, the league and its clubs are deeply committed to creating meaningful and impactful programs to address these issues that have plagued our society for far too long.”

MLS also announced the health, safety and medical protocols it will be employing for the tournament in Orlando. Before traveling to Florida, every player and staff member from each team will undergo two tests, 24 hours apart. Any individual who tests positive will not travel and will be isolated. Everyone will be tested one more time, upon arrival in Orlando, and can only begin training once they receive a negative result. During their first two weeks on-site, everyone will be tested every other day. Afterwards, players, coaches, and referees will be tested regularly, including the day before every game.

Continue to follow cincinnatisoccertalk.com for more news and analysis.