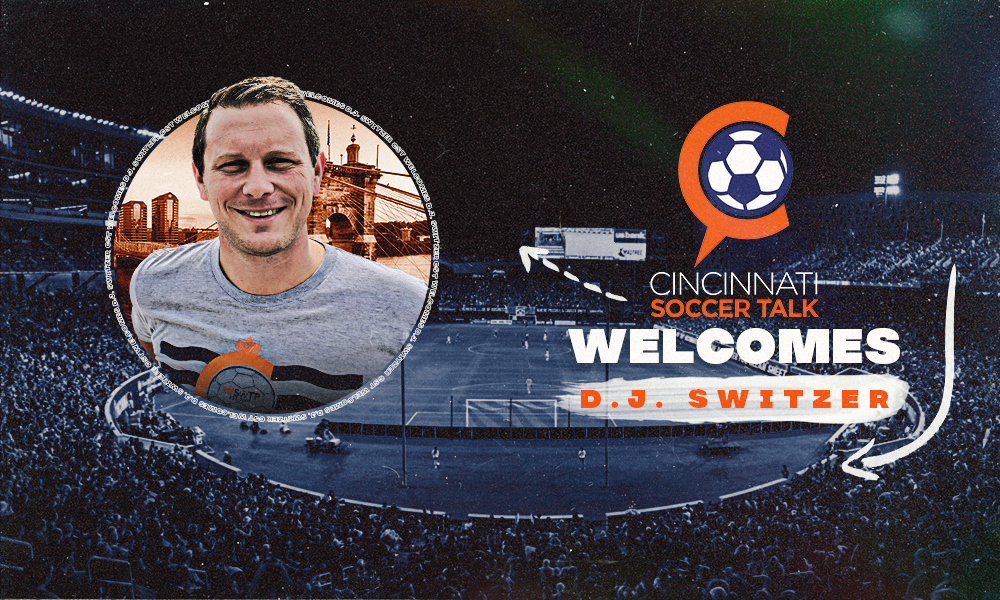 When FC Cincinnati resumes MLS play, Cincinnati Soccer Talk will be ready, enhancing our coverage of the club even further. We are excited to announce the addition of former FC Cincinnati Director of Communications and freelance writer D.J. Switzer to our staff.

Switzer started with FC Cincinnati in 2016 as Director of Communications and expanded to Senior Director of Digital, Design & Supporter Relations. He stayed with the club until 2018. During the 2019 season, he covered the club as a freelance beat writer with Pro Soccer USA. He also founded the soccer blog Wrong Side of the Pond in 2009 and co-hosts a podcast by the same name with Jeremy Lance, which started in 2013.

“A long and varied career in soccer has provided me with a lot of different perspectives from which to view the game,” Switzer said. “I’m excited to bring that experience to Cincinnati Soccer Talk and to have the opportunity to expand their existing coverage by telling new stories and providing unique insights.”

Off the pitch, Switzer has hosted World Cup watch parties on Fountain Square, developed and designed the 2015 rebrand of the Cincinnati Saints as the Dayton Dynamo and broke news of the USL’s expansion into Cincinnati and the hire of John Harkes as the club’s first coach.

While with FC Cincinnati, Switzer handled the club’s digital presence, including website and social channels, branding and design, and managing the club relationship with the supporter groups. He also designed the 2018 FC Cincinnati Nike kits.

“My first priority here at CST is to bring our audience first-class coverage of soccer here in the Queen City,” CST founder Nick Seuberling said. “Over our four-plus years of covering FC Cincinnati, we’ve added talented writers every year who each bring their own perspectives on the game. When the opportunity to bring D.J. on board came up, to me it was a perfect fit. It’s not every day you have the chance to bring on a talented writer who played high-level soccer but also worked in the game as well. Can’t wait for D.J. to get started with us.”

Said Peirce, CST’s Director of Content, “D.J.’s soccer resume on and off the pitch is top-notch. We’re fortunate to have D.J. available and interested in joining us. He’ll be a fantastic asset to our staff, and we’re excited to have him aboard.”