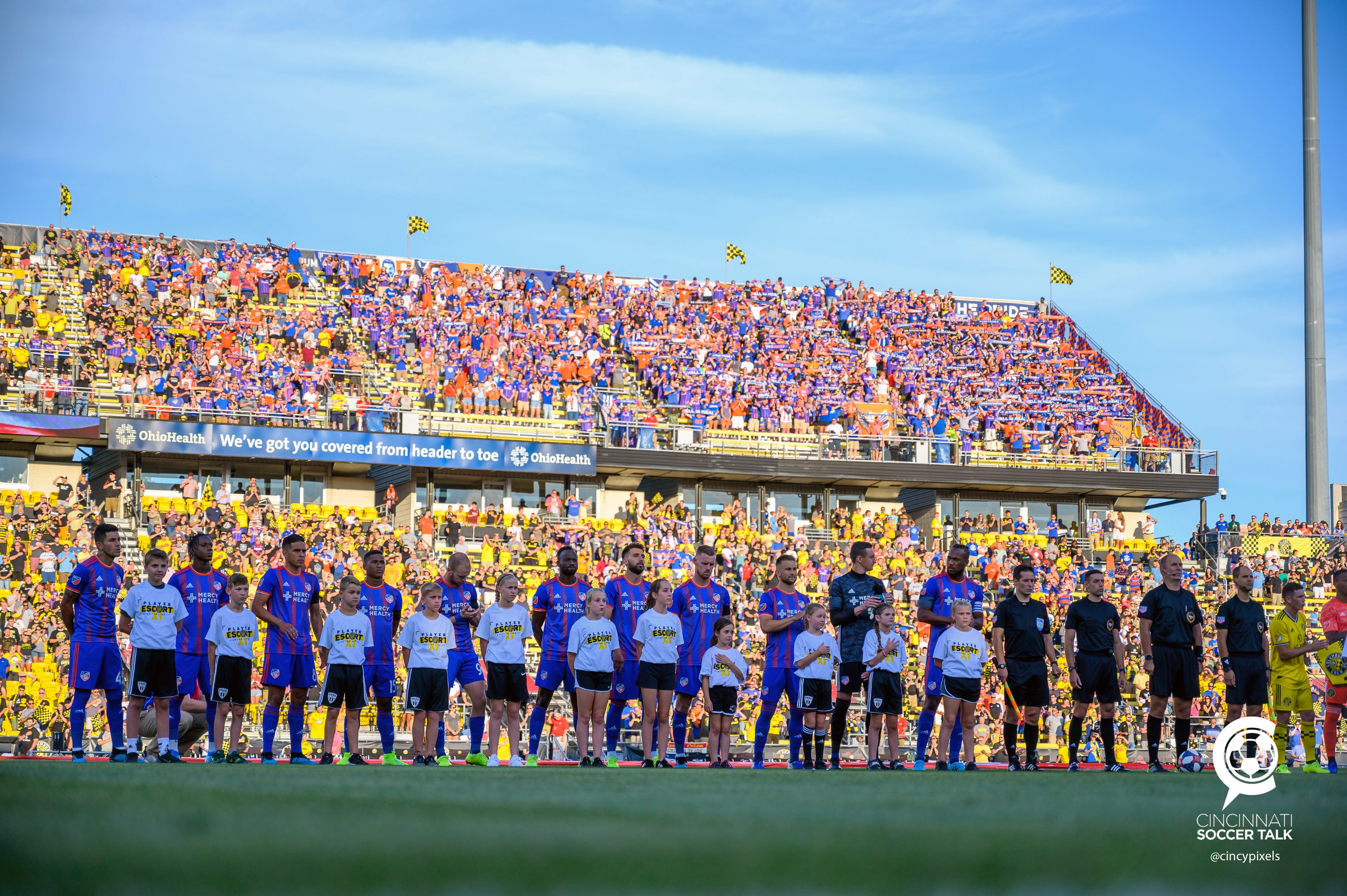 FCC lands familiar foes, having already played Atlanta and Red Bulls back in March before the season was suspended due to COVID-19. 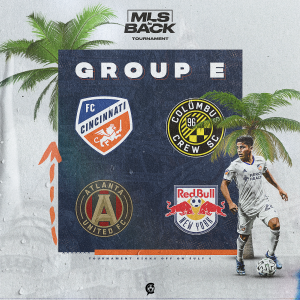 MLS released their tournament format and details yesterday but announced the group stage matchups would be decided by a random draw, which streamed live on Twitter, YouTube and Facebook this afternoon. Atlanta United was determined as one of the tournament’s top seeds after finishing as a semi-finalist in the 2019 MLS Cup Playoffs. Joining Atlanta as top seeds were Seattle Sounders FC, Los Angeles Football Club, Toronto FC, Real Salt Lake, and Orlando City – the “host” of the tournament.

Representatives from each top seeded club picked balls containing other team names at random over a video call to determine their groupings. FCC will be very familiar with their opponents, having already played Atlanta and Red Bulls back in March before the season was suspended due to COVID-19. Rounding out the group will be a Hell is Real derby between FCC and Columbus Crew.

Rivalries owned the day as more than a few neighbors won the luck of the draw. Each group has at least one regional contest. Among them: “El Trafico” between LAFC and Los Angeles Galaxy, Cascadia Cup rivals Seattle and Vancouver Whitecaps, and the tournament opener between Orlando and Inter Miami CF.

The league set the inaugural match of the tournament between the Florida rivals as part of their plans to restart the season in the state. The tournament will be held at ESPN’s Wide World of Sports Complex at Walt Disney World. Orlando and Miami both make up the group of six and will be joined by New York City FC, Philadelphia Union, Chicago Fire FC and Nashville SC. Despite the larger grouping, each team will only play the standard three games.

Out West, Seattle leads the first group as reigning MLS Cup champions. They will face FC Dallas, Vancouver and San Jose Earthquakes. LAFC, another semi-finalist from the 2019 playoffs, will face LA Galaxy, Houston Dynamo, and Portland Timbers FC. The final group is led by Real Salt Lake, who had the highest remaining points total in the West, and they drew Sporting Kansas City, Colorado Rapids, and Minnesota United FC.

Cincinnati may be familiar with their opponents but the team heading down to Florida in a couple of weeks will feel very different. With new head coach Jaap Stam leading the way, and newcomer Siem de Jong expected to feature, it’s hard to predict how the Orange and Blue will fare in their group. The team will certainly hope to perform well, as all three group stage games will count for points toward the 2020 regular season. MLS intends to resume the season after the tournament ends, with a revised schedule in home markets.

Yesterday, before the draw, Greg Garza said “We’re all itching to be back on the field, I don’t think it’s necessarily the platform to shine bright and show who FC Cincinnati is. With the way 2020 has been, it’s a difficult ask. With all the circumstances, we just need to build that chemistry and start building those relationships.” Read more about the player’s thoughts here.

The top two teams in each group will automatically advance to the knockout rounds as well as the four best third-place finishers. The group stage will be followed by a traditional round of 16, quarterfinals, semifinals, and the MLS is Back Tournament final which will take place between July 25 and August 11. The winning team will earn a spot in the 2021 Concacaf Champions League.

Follow cincinnatisoccertalk.com for more coverage of the MLS is Back Tournament.