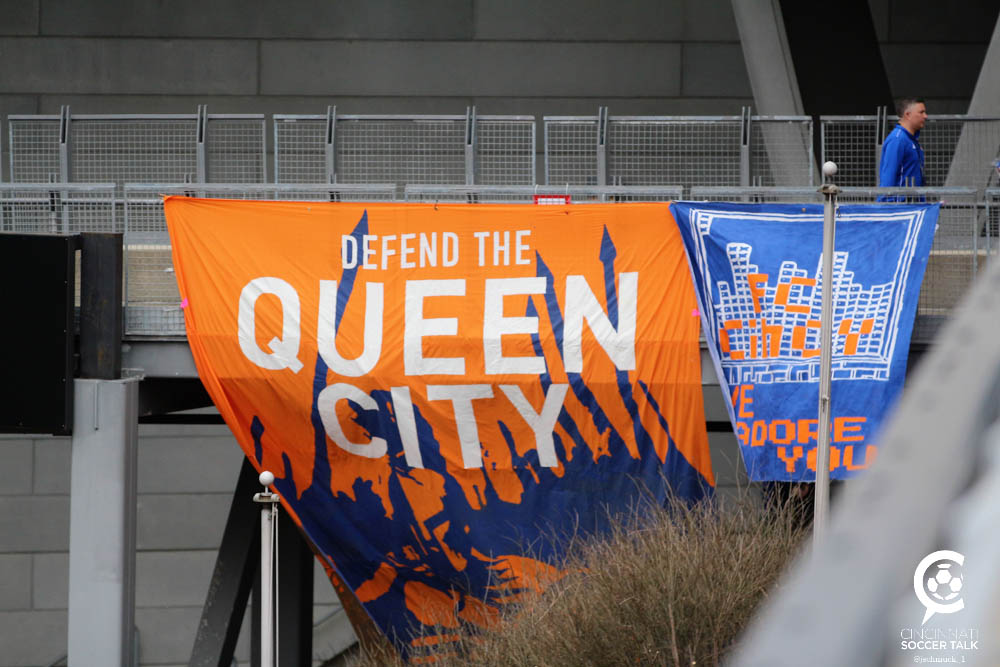 With the club isolated together in Orlando for as many as five weeks, there might be no better time for a new head coach to build a bond with his club

FC Cincinnati’s players believe the MLS is Back Tournament represents an opportunity for the club under new manager Jaap Stam. But not necessarily to make a deep run or shock the field and hoist a trophy.

Veteran defender Greg Garza said the World-Cup style event set to begin on July 8 in Orlando is a chance for the organization to turn the page on everything that’s transpired during the past year and finally set their sights on their West End future under Stam.

“We’re all itching to be back on the field,” Garza said. “I don’t think it’s necessarily the platform to shine bright and show who FC Cincinnati is. With the way 2020 has been, it’s a difficult ask. With all the circumstances, we just need to build that chemistry and start building those relationships.”

The tournament will be held at the Wide World of Sports Complex in Walt Disney World with the winner earning a 2021 CONCACAF champions league spot. Teams will be placed in six groups with each team playing three matches in the group stage. Those results will count toward MLS regular season standings when the league expects to resume play later this summer.

“It’s a good opportunity for the league to continue to grow,” said FCC midfielder Fatai Alashe, of the Orlando tournament. “Hopefully we have a quality product out there as well.”

MLS commissioner Don Garber said on Wednesday during a video call with reporters that he is “very optimistic” that the league will play a regular season at some point with matches in home stadiums and left open the possibility that fans could attend those matches. But no announcement regarding a regular season schedule will be made for another four or five weeks, he said.

The group stage draw for the MLS is Back tournament will take place on Thursday at 3:30 p.m.

With limited time to prepare – some clubs will report to the complex as soon as June 24 – the slate of fixtures will be grueling, especially for players who’ve been maintaining fitness while quarantined amid the COVID-19 pandemic.

To avoid the Florida heat, matches will be played either at 9 a.m. or in the evening at 8 p.m. or 10:30 p.m. There will be 54 matches played in quick succession.

“You’re usually looking at a preseason of about 40 days to get prepared,” Garza said. “That’s definitely a difficult task. We’re trying to get as prepared as possible to make these matches as competitive as they can be. It’s obviously a different circumstance.”

The health and safety of everyone involved in the MLS restart plan was of course a significant concern and a major sticking point for the players during negotiations with league owners on a new collective bargaining agreement.

Garber said the league consulted with infectious disease experts to establish strict health and safety protocols for the tournament.

“The medical protocols will be managed with real discipline,” he said, “with the least impact on testing for general public. We are obviously, like everybody monitoring what is going on with COVID in every state and in Florida. We will be able to manage our tournament which is isolated from the public. This is something we are confident we will manage.”

Players will be housed at the Swan and Dolphin resort hotel which will be closed to the public during that time. Players and staff will be tested twice prior to traveling to Florida, again upon arrival, then every other day during their stay.

“I think guys feel reasonably confident in this (plan),” said FCC goalkeeper Spencer Richey. “A lot of the protocols have been well thought out. Both the league and the (MLSPA) have brought in a lot of smart people with a lot of experience in that field of infectious diseases. There’s some risk to it. Condensing the tournament will be beneficial to reducing the risk that there will be a big outbreak down there.”

While it might seem like MLS rushed back to the pitch with the pandemic likely to still be ongoing in July, Garber was clear in his intention to restart play by the end of June. On the video call with media on Wednesday, Garber took a swipe at the players union, saying the league “lost some time” during labor negotiations.

But MLS will be the first major American men’s professional sport to return to the playing field, which could be a significant advantage for the league still struggling to find its place in the American sports landscape.

“Guys were asking ‘What’s the rush?’ to ramp it back up so quickly, but the league was pretty upfront,” Richey said. “I’m sure they saw the record ratings from the Bundesliga starting back up. Hopefully, we can take advantage of this opportunity to get back viewership and gain some new fans as well.”

FCC players have yet to meet Stam in person. To this point, he has only communicated with them via video chats. With the club isolated together in Orlando for as many as five weeks, there might be no better time for a new head coach to build a bond with his club, in a setting where the team has little or nothing to lose.

“Every team that’s going down there wants to win,” Garza said. “We have new players and still trying to build those relationships on and off the field. I think Orlando is the perfect opportunity for us to do that.”