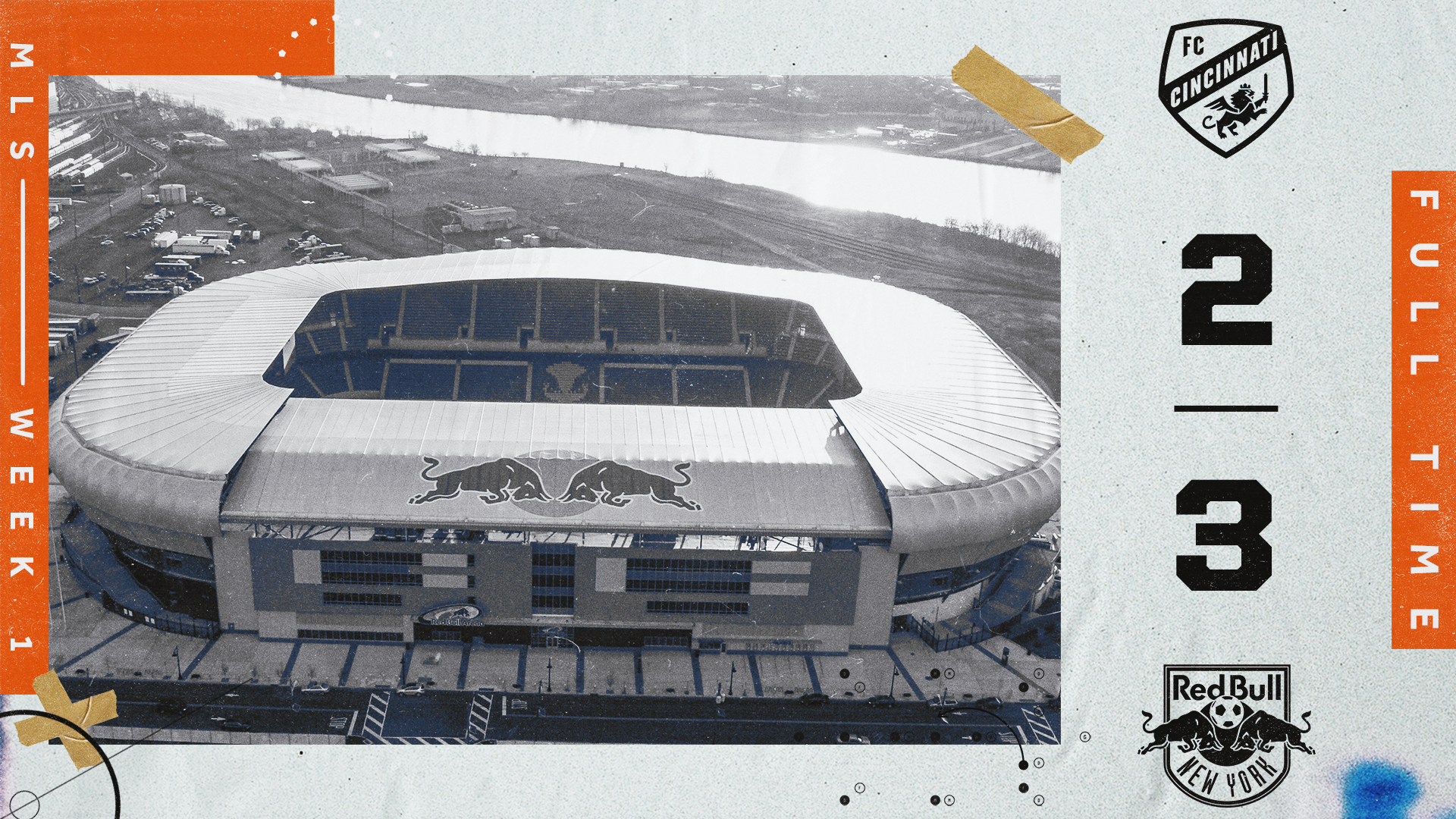 FC Cincinnati made a second-half push but fell 3-2 in Sunday’s season-opener at the New York Red Bulls.

HARRISON, N.J. — The more things change, the more they stay the same. FC Cincinnati kept it close but struggled to overcome the New York Red Bulls in a 3-2 loss Sunday at Red Bull Arena.

It was a tale of two halves as NYRB and FCC shared an equal amount of chances in the MLS season opener. While Red Bulls dominated the first half, the Orange and Blue made the game competitive and scored two second-half goals to provide some optimism for the season ahead.

The first half started slow for FCC, but it made up for some of its mistakes with a decent second-half showing. Allan Cruz and Jürgen Locadia put themselves on the scoresheet, but the club fell short of a draw.

Red Bulls came out with an early lead as recently promoted academy product Kyle Duncan scored on the counter. Another successful counterattack from Kaku gave NYRB a 2-0 before halftime.

Cincinnati responded within seconds after the second-half whistle, finally capitalizing on a counterattack to bring the game within one goal. Greg Garza, who otherwise disappointed in his 2020 debut, won the ball in midfield and crossed upfield to Brandon Vazquez, who in turn provided great holdup play before setting up Cruz for the assist.

It was a brilliant counterattack and the epitome of what FCC could be on offense. After that, the Orange and Blue dominated the second half and ended the game with the majority of possession and passing accuracy.

FCC gave the ball away again, only for Daniel Royer to increase the Red Bulls lead to two goals in the 70th minute. But marquee signing and new designated player Locadia was in the process of changing the game.

Entering the game five minutes before NYRB increased their lead, Locadia made Cincinnati’s attack more dynamic and dangerous. After a few decent chances at goal, he converted a lucky chance and gave hope to the traveling fans in the dying minutes of the game.

FCC had a few more chances but couldn’t convert and steal points at Red Bull Arena. Overall, the team has to feel positive after its effort. While it conceded three goals, it kept it close and competitive.

Every goal FCC conceded was the result of a misplaced pass in its own half and its inability to recover on the counter. One goal came directly off a clearance by goalkeeper Spencer Richey, and those are the opportunities that need to be limited if FCC will be successful going forward.

The second half provided a lot of hope, however, as Locadia showed what the offense could look like when he plays a full match. Adrien Regattin showcased his motor, chasing after every ball. And Cruz picked up right where he left off last year, scoring the first goal for FCC in 2020.

It’s certainly a disappointing beginning to the year, but many fans just want to see their team play competitive soccer. While FCC failed to hold strong on defense, it provided a lot of hope for the rest of the season.

Next up:
at Atlanta United, 7 p.m. Saturday, Mercedes-Benz Stadium, Atlanta