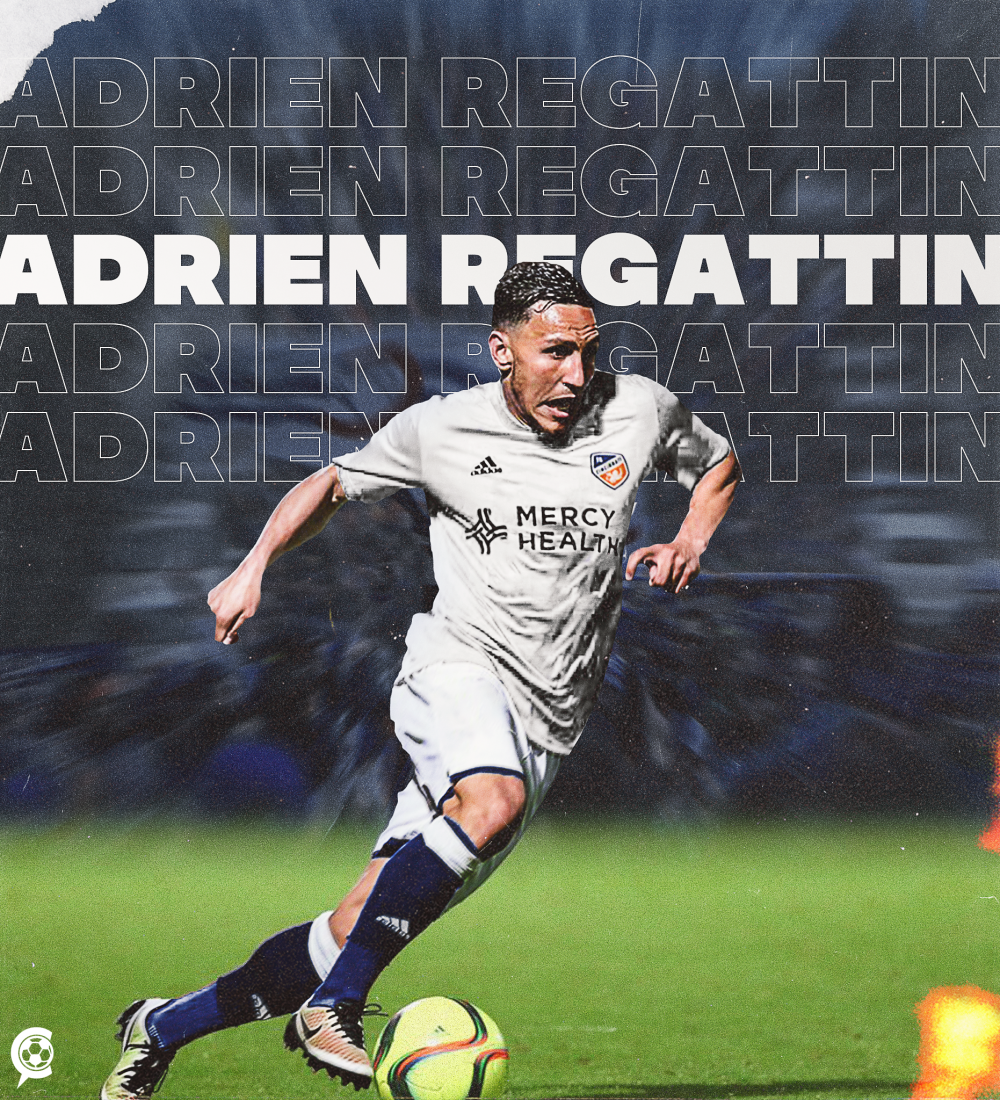 FC Cincinnati general manager Gerard Nijkamp has been busy. He could have rested on his laurels and enjoyed all the positive energy emanating from the Mercy Health Training Center after formally introducing FC Cincinnati’s newest designated player signing, Jürgen Locadia. Most general managers would. Locadia is easily FCC’s most valuable player and would have been more than enough to attract good press and excite the fan base. But Nijkamp is on a mission. A day after introducing Locadia, the club announced the signing of midfielder Adrien Regattin on a free transfer.

“We are happy to add a versatile attack-minded player in Adrien to our current group,” FC Cincinnati General Manager Gerard Nijkamp said. “We look forward to getting him acclimated with the club and city ahead of our second MLS season.”

This signing wasn’t the best kept secret. While the press was meeting Locadia for his FCC unveiling, Regattin was on the ground floor completing his move to the club. A fitting turn of events, as rumors of his signing also came on the heels of the Locadia news that began to develop late last week.

Regattin, 28, last played for Akhisarspor in the Turkish Süper Lig before his contract expired last August. While he was born in Champigny-sur-Marne, France, his family is Moroccan and he has dual citizenship — he played in for the French men’s national U-19s and has a senior cap for the Moroccan national team. Regattin started his professional career in Ligue 1 with Toulouse back in 2009, where he played for eight years.

Following his time in France, he was transferred to Turkey. There he played for two teams in the Süper Lig — first Osmanlispor then Akhisarspor. During his career so far, he has scored 25 goals and provided 27 assists in all competitions, including the UEFA Europa League.

Step back and you can see Nijkamp’s plan coming together. In the same winter that he brought in DPs Locadia and Yuya Kubo, he signed Regattin to complete the trio. Most of Regattin’s playing time has been spent on the right side of the midfield, but he has some experience playing on the left as well as a central attacking midfielder. Locadia, Kubo and Regattin are all versatile players who can play forward and fill a variety of roles.

The question is how, exactly, will coach Ron Jans utilize his new offensive weapons. Both Kubo and Locadia are predominantly center forwards who can play out left. With Regattin coming into the fold, he could play on the right-wing in Jans’ preferred 4-3-3 formation. His highlight reel is overflowing with excellent set pieces, and with FCC moving on from Emmanuel Ledesma, they need someone to step up on corners and free kicks. But Brandon Vasquez, Joseph-Claude Gyau and Kekuta Manneh could all feature as well and change how the forward three line up.

Nijkamp has been methodical in his approach to roster building. He has been fearless in moving on from many players on last year’s roster, even fan favorites. He’s replaced them with younger veterans from Europe who can play interchangeably in the attack. Jans will have to figure out the best position for each player and discover which pairing works best together. After last season, it’s a pretty good problem to have.