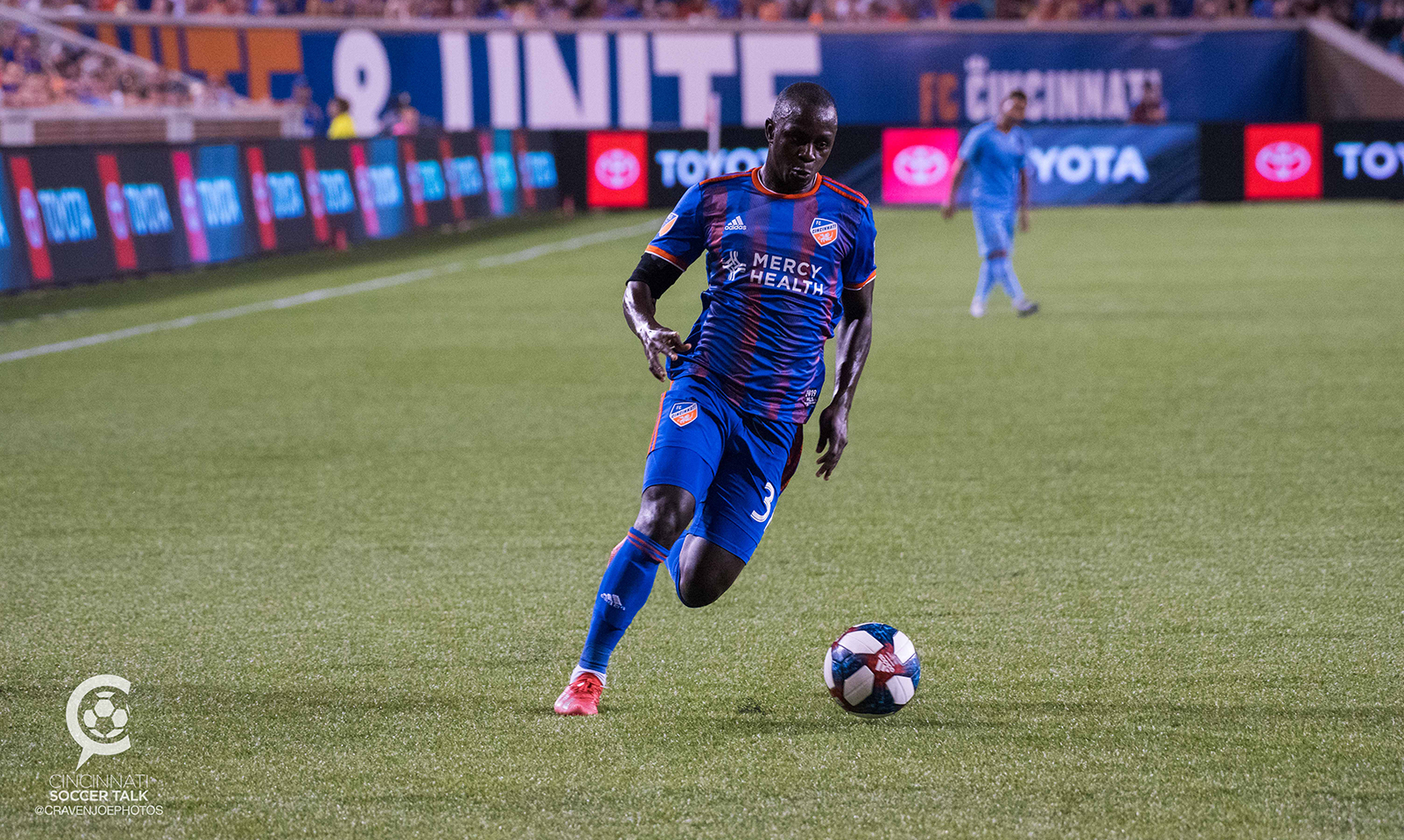 Preseason kicks off for FC Cincinnati

FC Cincinnati players reported for duty to start the 2020 season Saturday at the Mercy Health Training Center. The club leaves for camp in Arizona on Sunday.

FC Cincinnati will be looking to rebound from its MLS-worst 24 points (6-6-22) in its inaugural 2019 season. Saturday marks the start of the first full season at the helm for Jans, who came on board for the final 10 games of last season.

“It’s so good to start a new season,” Jans said. “We prepared so many weeks — five or six weeks with the staff — to prepare for everything. There will be unexpected things, but we can do it our way — not my way — our way from the first day. When I came in in August, when you see the results, the season was already over. It was more about getting the fundamentals for the next season. And that’s where we’re going to start now.”

On Sunday the club embarks for Tucson, Arizona, for an intra-squad scrimmage and three preseason friendlies, returning Feb. 6. After a few days off in town, the scene shifts to Bradenton, Florida, from Feb. 10-21, for four friendlies — two of them split-squads — at the IMG Academy.

The transactions made during the offseason are noticeable to those returning.

“It’s good to see a lot of new faces,” left back Greg Garza said. “I was talking to Nick (Hagglund) and Kendall (Waston) — it’s a completely new team. So many new guys, a lot of experience now. I don’t want to say anything early, we still have a lot to go, but I think from looking around at the league, we look like an MLS team right now.”

Players can still be moved in or out, with the transfer window opening Feb. 12. FC Cincinnati must be roster compliant by Feb. 28.

“I’m very satisfied with the players we have now,” Jans said. “But we’re still working on an offense to have some more players coming into the roster.”

Here’s the roster by position as it currently stands:

Jans will use the time in camp to ensure everyone knows their roles.

Jans also mentioned team unity and cohesion as an objective.

With Jans in charge for the last 10 games last season, one thing players do know is what to expect from their coach and the rest of the technical staff, Kekuta Manneh said.

“We all know what to expect from him, and that will go a long way for us — knowing him and how he operates and his system,” Manneh said. “He definitely needs a team to lead this team throughout the preseason just to get his ideas down and get everyone to buy in. And we’ll go from there.

“Last season was tough. We’re not going to forget about it, but we’re going to leave it behind and use it as motivation. … It can only get better from here from my point of view. Since I’ve been here you can see the guys excited and looking forward to preseason.”

Everyone is at full health– with the possible exception of Manneh, who is coming off of shoulder surgery. Manneh says he’s 100%, but the club will be cautious with him as camp opens.

“I think we have to take care of him that he’s not too much in duels and not falling too much on the ground with his shoulder. But the amount of time — I’m not a doctor, but even a doctor cannot tell how much time he needs. He looks very good.” Jans said.

McLaughlin missed all of last year after tearing his ACL last January. He is currently without a contract and is considered a trialist for a roster spot. The time in Tucson will determine his fate.

“More than anything, I’m excited to play soccer again,” McLaughlin said. “Obviously there’s always pressure. That just comes with the business. I really want to be here, so there’s that factor as well. But at the same time, all I can do is focus on the things I can control. There’s a lot of external things here that I’m not going to have a hand in. So from that sense I know I’m going to do and I have done everything I possibly can to succeed here and I’m going to continue doing that. I’m going to leave it all on the table and I’ll be happy either way.”

Preseason kicks off for FC Cincinnati