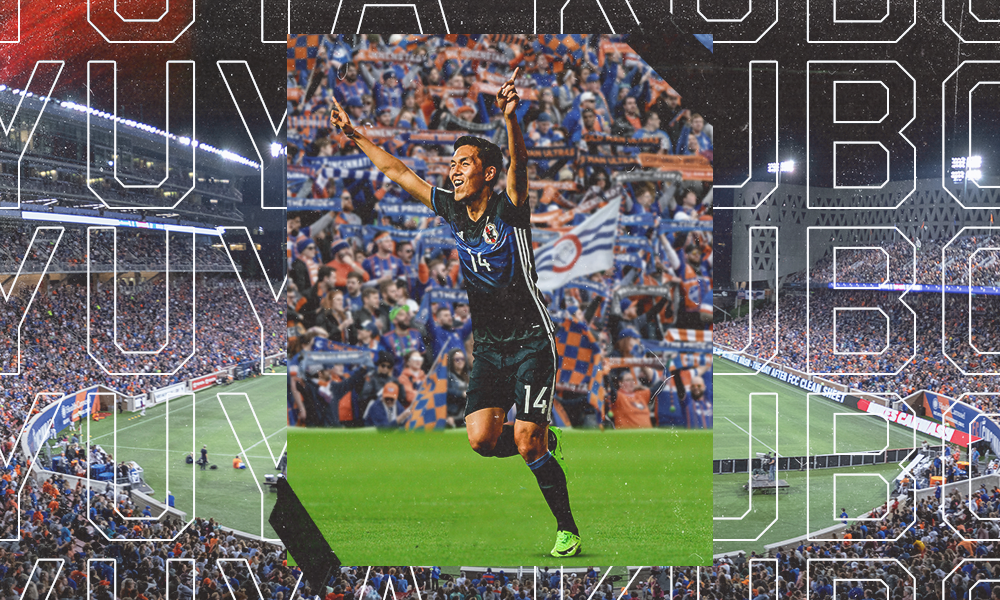 “We are delighted to add a proven offensive player in the form of Yuya Kubo to our roster,” FC Cincinnati General Manager Gerard Nijkamp said in a club release. “We’ve made it a priority to bring impact players to Cincinnati and we believe Yuya’s versatility as an attacking player will be a great addition to our current group.”

“I’m excited to join an ambitious club in FC Cincinnati,” Kubo said. “This will be a great experience for me as I am looking for a new exciting chapter in my professional career.”

Kubo joined KAA Gent in January of 2017, compiling 73 appearances, including 57 starts. The forward/winger scored 25 goals and six assists across all competitions. During the 2018-19 season, Kubo was loaned to German Bundesliga side FC Nürnberg. In a season that saw Nürnberg finish at the bottom of the table, Kubo was only able to log one goal in 23 appearances. Like FC Cincinnati, Der Club saw their own offensive struggles only scoring 26 times in league play with the Japanese international mostly playing on the right and left wing positions.

Prior to joining KAA Gent, Kubo spent four years with Young Boys of the Swiss League, the former club of FCC midfielder Leonardo Bertone. Kubo and Bertone were teammates at Young Boys from 2014-2016.

The signing of Kubo marks the first designated player signing under current FC Cincinnati General Manager Gerard Nijkamp. Currently, Kubo fills the last international spot for FC Cincinnati. Should FCC decide to add one or two additional designated players, the club would have to acquire an international spot from another MLS club or move one of its existing international players not counting DP Fanendo Adi. Rumors have been circling around Leo Bertone recently, but nothing concrete suggests a move is imminent.

One of the biggest questions going into camp for Kubo will be his preferred position on the pitch. In his time in Belgium and Japan, he had featured as a second striker often but had been shifted into a wing role over the past couple of seasons. Kubo will not be a like-for-like player for Adi, but could deputize in that role should newcomer Brandon Vazquez or Darren Mattocks not succeed on the pitch. He will also not be thought of as the top-billed player going into the year as was Adi in 2019. This move should set up at least one if not two additional moves including a top-end Striker or Playmaker in 2020.

Check out an in-depth scouting report of Kubo from CST’s own Coach Brad Gough. You can also hear the crew discuss the offensive player on the latest episode of the Cincinnati Soccer Talk Podcast.