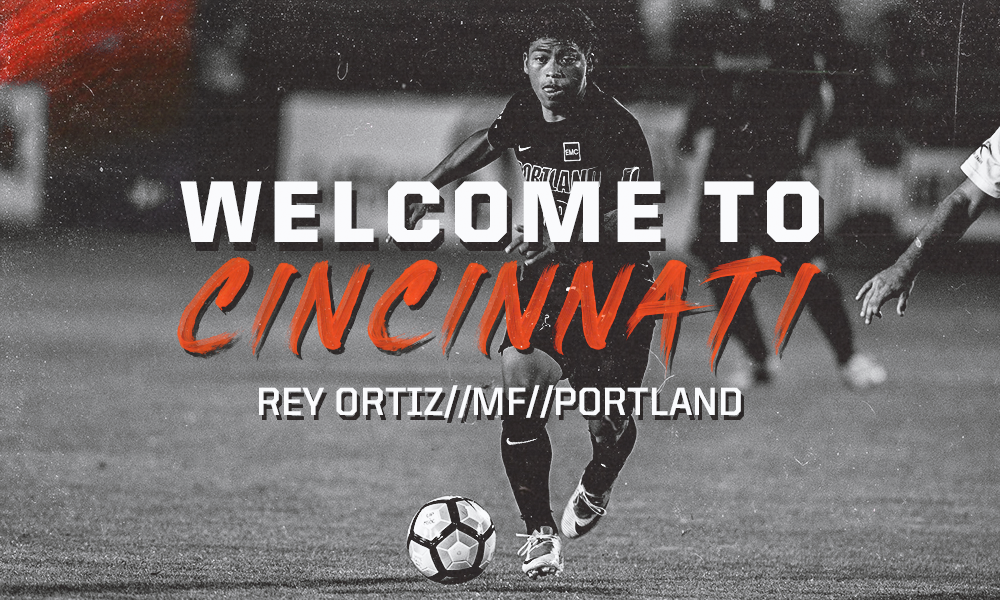 FC Cincinnati selected midfielder Rey Ortiz from the University of Portland in the second round — 29th overall — of the MLS SuperDraft on Thursday. Ortiz was the club’s only pick in the first two rounds after trading the third overall pick to Inter Miami CF for $150,000 in General Allocation Money.

Ortiz has played on the U.S. U-15 National Team. He was also named to the MAC Hermann Trophy Watch List in 2018 and Top Drawer Soccer’s Best XI Second Team in 2017. Also, according to portlandpirots.com, Ortiz “ended the year just out of Portland’s all-time top-10 in both career assists (19, 12th) and assists per game (0.40, 11th).”

The Mexican native was expected to be a high first-round pick but his international status caused him to fall to the second round. Expect a loan for development while FCC works on getting his green card for the future

Ortiz had also made two appearances for LA Galaxy II in its 2015 USL campaign.

Ortiz played four seasons at the University of Portland (2016-19), with 64 appearances and 50 starts, according to an FC Cincinnati media release. He scored 14 goals and added 26 assists in his career with the Pilots and was named to the 2019 All-West Coast Conference First Team and the 2019 United Soccer Coaches All-West Region Second Team.

The third and fourth rounds of the SuperDraft will be on Monday. FC Cincinnati only has one pick remaining in the SuperDraft, the first pick of the third round — 53rd overall — which it acquired in the trade sending Victor Ulloa to Inter Miami CF. FCC had previously traded away its third-round pick for Spencer Richey and its fourth-round pick for the homegrown rights of Zico Bailey.