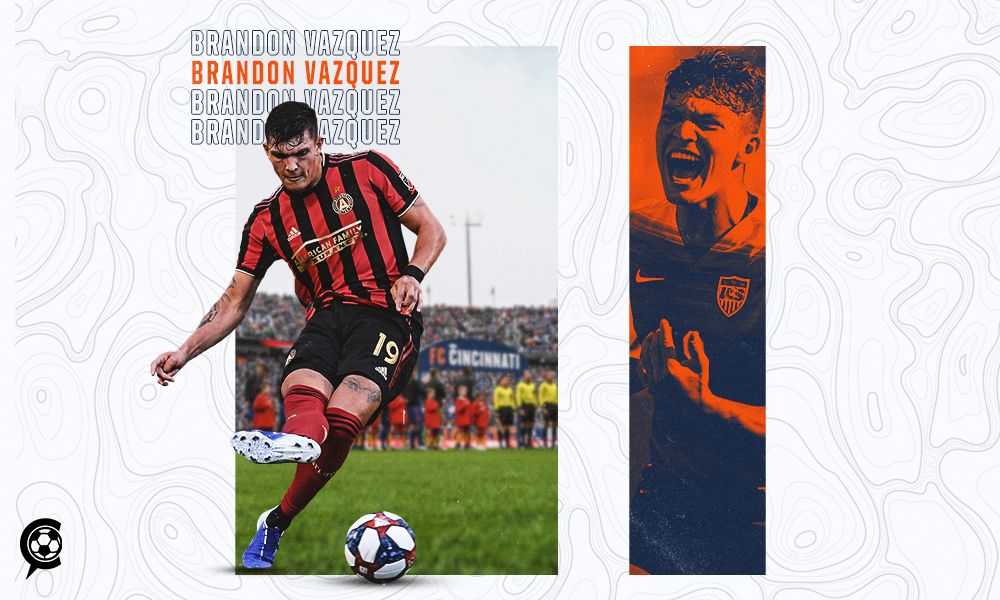 Inter Miami CF and Nashville SC weren’t the only MLS sides to add players on Tuesday. FC Cincinnati also did some wheeling and dealing.

The Orange and Blue lost right back Alvas Powell to Miami in Tuesday’s expansion draft but just moments later traded $150,000 in targeted allocation money in 2020 to Nashville for striker Brandon Vazquez. Nashville selected Vazquez in the expansion draft from Atlanta United. Should Vazquez meet certain performance incentives this season, FC Cincinnati could send up to an additional $50,000 in General Allocation Money in 2021.

FC Cincinnati will receive $50,000 GAM as compensation for losing Powell in the draft. The club also traded its first-round pick — third overall — in the upcoming SuperDraft to Miami for $150,000 GAM.

Vazquez is the big news of the day.

Atlanta United made a discovery signing on Vazquez from Liga MX side Club Tijuana leading into its inaugural 2017 MLS season. He spent some time with Atlanta United 2 in his first two seasons but made seven starts and 11 appearances with the MLS side this year with two goals and an assist and notched two braces in Atlanta United’s run to the U.S. Open Cup trophy.

“Brandon is a good young player that we are pleased to add to our roster,” FC Cincinnati general manager Gerard Nijkamp said in a media release. “Regardless of his age, he reached a good level on the pitch during his three MLS seasons with Atlanta. We are looking forward to welcoming Brandon to Cincinnati as we continue to build our 2020 roster and prepare for the upcoming season.”

At just 21, Vazquez has plenty of MLS minutes ahead of him. With FC Cincinnati and Fanendo Adi looking for a mutual parting of ways and Rashawn Dally coming off his rookie season, Vazquez would likely compete with Darren Mattocks as the club’s starting striker on the roster as it now stands. Of course, there’s certain to be more business to conduct between now and March. Free agency begins Monday.

FC Cincinnati acquired Powell from the Portland Timbers in exchange for $250,000 GAM in the buildup to its inaugural MLS season last year. Though he fared well in international duty with Jamaica, Powell made just 13 appearances for the Orange and Blue with no goals and no assists. He last played for the team on July 21.