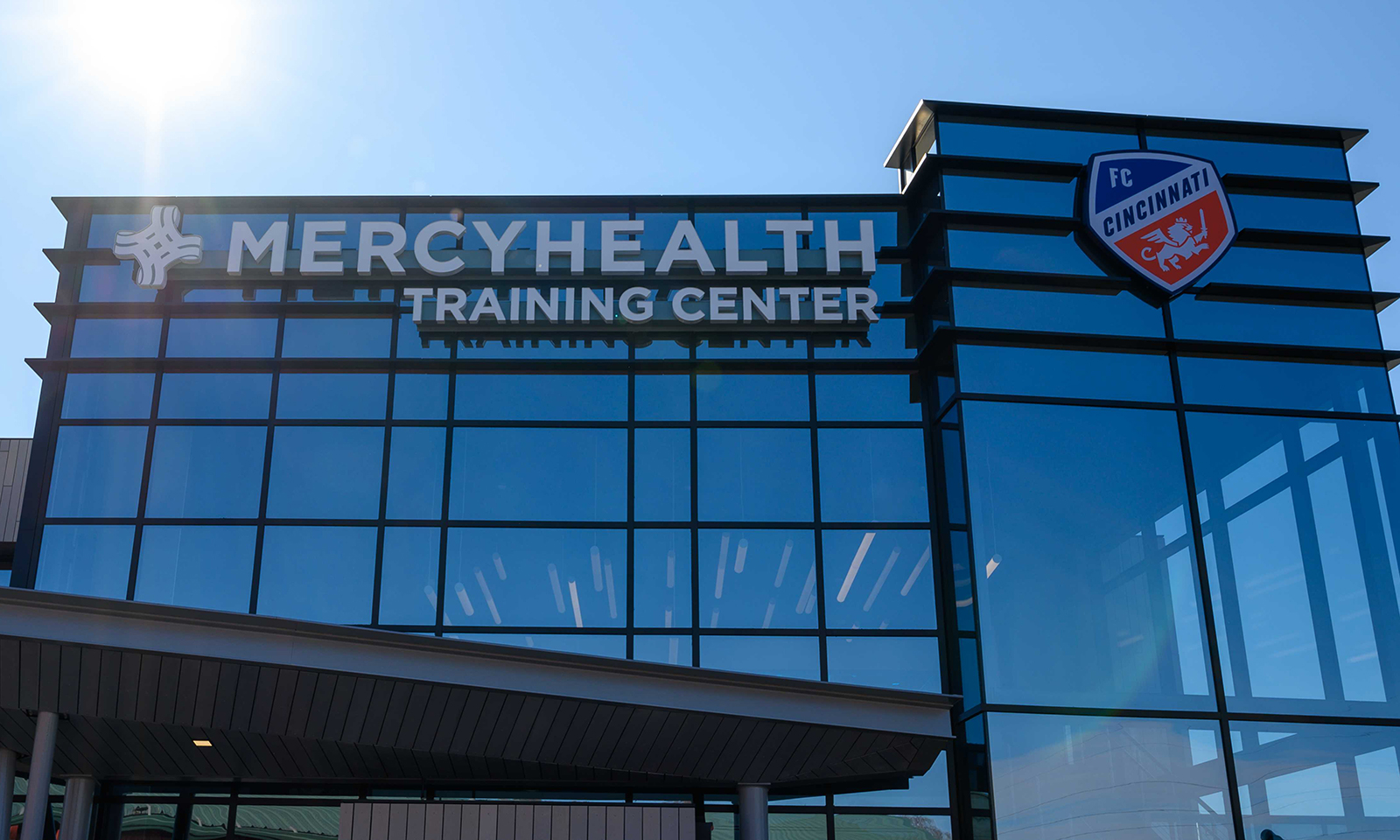 MILFORD – MLS commissioner Don Garber stood in the sunshine on Wednesday morning at the newly-opened Mercy Health Training Center and praised FC Cincinnati for its new world-class training facility and plans for the West End stadium.

Garber also took a moment to offer some empathy for the expansion club that endured a historically bad inaugural season after having fewer than nine months to build a roster prior to playing its first match.

“I give the club a lot of credit for taking it on the chin and getting this team up and going and into our league in time to balance our schedule,” Garber said. “They didn’t have the time that LAFC and Atlanta and others had from the time they were launched to put a first team on the ground.” 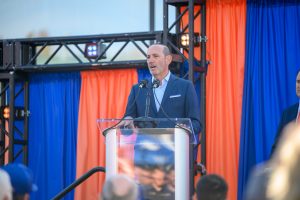 And yet, there Garber stood amid the backdrop of pristine natural grass fields, facing a state-of-the-art weight training facility and architecturally sleek structure that is soon to be home to current players and an enticement for those to come.

“This is as good as it gets for our players,” said majority owner Carl H. Lindner III.

Of course, that’s the elephant in the room for the upcoming MLS season, what’s best for the players.

For all the anticipation surrounding FCC’s final season at Nippert Stadium, the new training facility and continued progress on the West End facility, there is no assurance that MLS will not endure a work stoppage that could impact the 2020 season.

The current Collective Bargaining Agreement expires at the end of the year. Former FCC player representative Victor Ulloa indicated a few weeks ago that the players are united in their desire for a better deal and that a strike is not off the table..

Garber addressed the negotiations on Wednesday but offered few specifics as to their progress.

But Wednesday was a day for celebration, with dignitaries and media flocking to Milford to hail what everyone hopes is the dawning of a new era for FC Cincinnati.

The Mercy Health Training Center is a $30 million, 24-acre facility with three lighted soccer fields – two natural grass and one synthetic – as well as a designated goalkeeper training area. The main facility is an ultra-modern, 30,000 square-foot multilevel building with an adjacent 4,000 square-foot building for the Academy.

The facility’s primary function, of course, is to serve as the daily training and preparation place for FCC’s first-team. But it also will be a grooming ground for the youth academy, a drawing card for prospective talent and a multi-use facility for the Milford and the surrounding areas.

“The world’s top talent is going to take notice of what we’ve done here in Milford,” said Lindner III.

Garber met with Lindner III, team president Jeff Berding and other club officials prior to Wednesday’s opening. Despite a last-place finish, two managerial changes and an MLS-record 75 goals allowed, Garber said he left the meeting encouraged with the direction in which the club was headed.

“They’re going through a reorganization on the technical side, and I think this will be a relaunch of all that,” Garber said. “They’re building a foundation for this sport here, from the bottom up. This is just the beginning.”

At some point in the near future, perhaps FCC will participate in the newly-configured playoff format which was single-elimination for the first time this season.

On Sunday, the Seattle Sounders and Toronto FC will play in the MLS Cup Final at Century Link Field. More than 69,000 tickets were sold out in a matter of hours.

“That was a tough decision we made, we dramatically changed the old format, tore it up and started from scratch and created this one-and-done and moved our championship game up a month, which is pretty remarkable,” Garber said. “There were compelling games, high television ratings, lots of great, passionate fans. I was very pleased.”

There were more than a few mentions on Wednesday of the next World Cup in 2026 and FCC’s impact on Cincinnati’s chances to be a host city. There also were several hints dropped at a proposed NWSL franchise being located in the Queen City. The Mercy Health Center and the new West End stadium, of course, will have significant impacts on both.

All agreed the future is bright for FC Cincinnati, which took another important step on Wednesday. Perhaps soon the trophy case in the lobby of the Mercy Health Training Center’s main building will one day encase MLS trophies. For now, it’s a place for USL silverware.

“New teams are hard,” Garber said. “And it should be hard. Like many new teams, Minnesota had a tough inaugural year and they were in our playoffs last year. This is less about the impact of the short runway, and more about it’s tough, and it should be tough.”