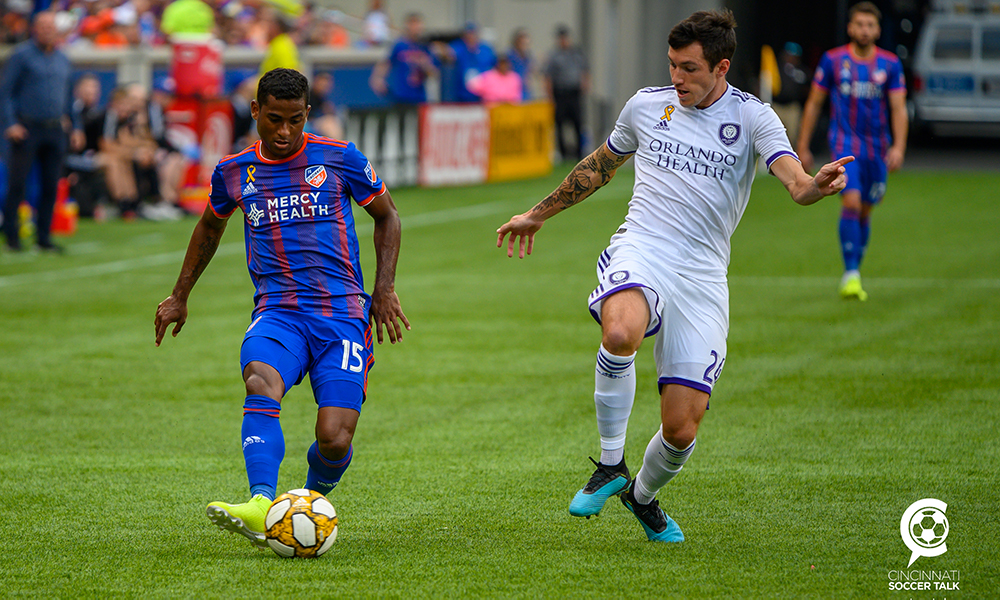 FC Cincinnati can protect up to 12 players in the Nov. 19 expansion draft. Here’s a look at a few players the club should protect.

The MLS expansion draft is Nov. 19. Inter Miami CF and Nashville SC will be selecting five players each from eligible clubs. Each club can protect up to 12 players, and each club can only lose one player.

Generation Adidas players are protected in the draft. Additionally, players with no-trade clauses in their contracts are ineligible to be selected in the draft. Players with no-trade clauses do not count against the club’s allotment of protected players, but those details are not made public. Clubs also have to protect a certain amount of international players, based on how many are currently on the roster.

What does this mean for FC Cincinnati?

Frankie Amaya is automatically protected due to his Generation Adidas status.

FC Cincinnati has a handful of players it can protect. While there have been strong cases made to not protect anyone, realistically FCC will protect all 12 players.

But who should those players be? Here are my personal top five players that FC Cincinnati should protect in the next Expansion Draft.

This is an obvious choice. Voted team MVP, Cruz is one of the only players that I would willingly and enthusiastically protect. Even while he was out on international duty for a portion of the season, Cruz proved his worth time and time again. Cruz netted seven goals in 22 appearances for the Orange and Blue.

But keeping Cruz is about more than his stats, his team awards and his growing popularity in the community. It is about his potential. Cruz is a truly talented player and also adaptable. Throughout two coaching changes during the 2019 season, Cruz proved that he could adapt, play outside of his position and still succeed.

Those are the types of players that FCC should focus on protecting in the upcoming Expansion Draft.

FC Cincinnati must be prepared for anything in 2020; that is what 2019 taught us. Yes, FCC’s defense was terrible, giving up an embarrassing amount of goals. But here’s why we should protect FCC’s Defender of the Year: He is versatile and dependable. These are both good qualities to have not only in a defender but in any player.

Deplagne remained consistent and reliable throughout three different coaching changes and an always changing backline. When Greg Garza’s injury forced Deplagne to play out of position for a large portion of the season, he always made it work. Even when the center backs changed match to match due to international duty, Deplagne made it work.

Should FC Cincinnati find itself aboard a ship riddled with injuries and international absences in 2020, Deplagne’s versatility on the backline could prove to be beneficial to the Orange and Blue again.

This one might not be an obvious choice, but give me a chance to explain. Listen, we all are well aware that FCC gave up a lot of goals last year. Injuries and bad luck were FCC’s major obstructions. Tytoń ended up starting 15 matches throughout the season, the majority of those after an injury, allowing 30 goals and getting three shutouts. Combining that with the fact that he made the Team of the Week twice near the end of the season, Tytoń has impressed a fair portion of the supporters.

One thing we need to remember is that Tytoń played in part with a backline that was inconsistent at best and embarrassing at worst. A goalkeeper’s role is to prevent goals, yes, but keepers also play behind a backline. The defense is supposed to help and make a keeper’s job easier. Without that defense in front of him, Tytoń can only do so much.

If coach Ron Jans’ playing style had been implemented earlier, those numbers would have looked different. The combination of a healthy and available Garza, Kendall Waston, Maikel van der Werff and Deplagne would have made Tytoń’s job quite easier. Next year is a new start, a new opportunity for Tytoń to prove his worth.

Garza is one of the best players that FC Cincinnati signed, even if we only saw what he was capable of for a small part of the season. An injury in the beginning of the season limited his availability. However, when Garza is healthy, he is at the top of his game. FC Cincinnati experienced more success (meaning, fewer goals allowed and an increase in draws instead of losses) with Garza at left back.

Garza is not only a critical player on the field, but he also has a role as a leader in the locker room. The experience that Garza brings to the pitch, from his tenure with the U.S. men’s national team, is invaluable when it comes to younger players. His ability and leadership on and off the pitch is important when it comes to building the younger players on the roster and even providing more opportunities with the Academy development.

Ledesma deserves to be protected during the draft, and I can’t say that about many players from last season. His contract is still pending, and we don’t know the outcome. Ledesma is one of the few USL players that proved he could hold his own against the quality of players that MLS has.

Ledesma’s opportunity came late in the season, but he played 26 matches and netted a total of six goals with five assists. Those numbers pale in comparison to his USL record, but the quality of players substantially increase from USL to MLS. My belief that we should protect Ledesma has nothing to do with sentiment and everything to do with his proven record, his motivation and potential to improve, his leadership in the locker room and his ability to create chemistry with any player that he has to play with.

There are a lot of benefits to keeping Ledesma protected and on the 2020 roster, and I hope that he gets the opportunity to return to Nippert.

FC Cincinnati needs to focus less on sentiment and keeping supporters happy. That mentality did not help build a strong roster for 2019, and the front office cannot make that mistake again. FCC needs to focus on players who already delivered in 2019 and on players with potential to deliver in 2020. The club will have to keep players who will be motivated to work harder if they want to succeed in 2020.