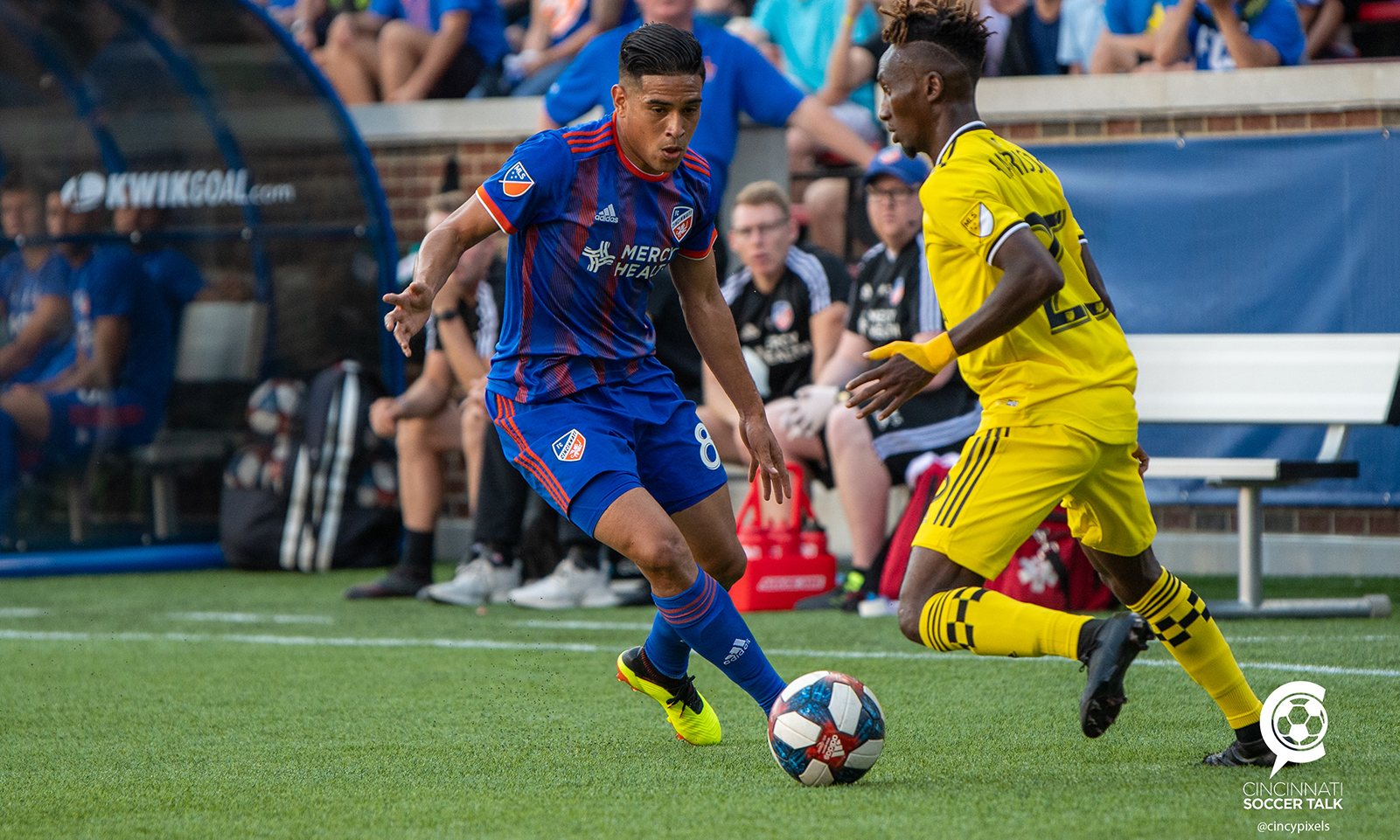 Ulloa: Strike ‘definitely not off the table’ for ’20 MLS season

FC Cincinnati’s Victor Ulloa, the club’s player representative with the MLS Players Association, says a strike is “definitely not off the table” as the league and the union negotiate the next collective bargaining agreement. The current one expires on Jan. 31, 2020.

FC Cincinnati finishes its first MLS season Sunday with a road trip to D.C. United. So when does the second season start in 2020? Well, that hasn’t been decided yet.

The current collective bargaining agreement between league owners and the MLS Players Association expires on Jan. 31. The two sides are trying to negotiate a new agreement, and as our Paul Barvincak detailed, it could be impactful for the league.

If there’s no agreement before the current CBA runs out, a players strike is not out of the question, FC Cincinnati’s Victor Ulloa told Cincinnati Soccer Talk. The club’s players voted Ulloa to be its union representative, along with Greg Garza and Nick Hagglund.

“All possibilities are on the table, for sure,” Ulloa told CST. “The important thing is we feel that we get the best deal that we can and (a strike) is definitely not off the table.

“We’ve been negotiating with the league since last year. We tried to get a deal done, it didn’t happen. We all know that it’s the last year of the CBA. It’s expiring. There are ongoing negotiations now, and we’re trying to reach an agreement. Obviously we know that it’s important for the future of this league. It’s important for the players to come and for the players that are here, so we’re hoping we can reach an agreement.”

The current CBA has been in place since 2015 and includes clauses prohibiting strikes or lockouts. But once that agreement expires, such protests are fair game without anything to replace it. MLSPA executive director Bob Foose said there’s no hard deadline for a possible work stoppage, according to the Atlanta Journal-Constitution.

While negotiating the current CBA, players voted to strike in 2015 just days before the start of that season, according to The Athletic. It would have been the league’s first-ever work stoppage.

But the next day, the votes flipped, and the players agreed to the deal.

This time around, the union is asking for more money to be available to all players, regardless of what kind of roster spot they occupy.

“Both off the field and on the field, we’re trying to get everything better — in terms of salary cap, free-agency, minimum salary — all of the major talking points that we think can improve,” Ulloa said. “We’re trying to shoot for improvement on all fronts.”

At the MLS SuperDraft in Chicago back in January, MLS commissioner Don Garber said the league was considering restructuring its salary budget, including mechanisms like targeted allocation money. TAM was born in July 2015, just months after the current CBA was signed.

As any serious MLS fan knows, following allocation money and the different roster constructs and mechanisms can be difficult.

“It’s complex and unique,” Ulloa said. “It’s different than everywhere else. We’re trying to better every aspect, from allocation money to TAM money to GAM money — we just want there to be more money available to all the players, from DPs to the Homegrowns to the minimum salary players.”

Another hot topic is travel. Right now MLS allows each team to take just four chartered flights in a year, and there’s a list of league-approved hotels.

FC Cincinnati had a match scheduled at the Colorado Rapids for 8:30 p.m. Eastern Daylight Time on June 1. But the club’s commerical flight left CVG seven hours later than its scheduled departure time the day before, and the team didn’t land in Denver until after 1 a.m. EDT on the day of the match.

And that wasn’t even the biggest travel nightmare for an MLS team this season. The Montreal Impact arrived at their hotel just three and a half hours before their scheduled road match with the New England Revolution, according to NBC Sports. The New York Red Bulls faced a similar situation trying to get to Atlanta.

Never mind the lack of sleep and a compressed schedule. For the players, returning home after a match is critical.

“Travel is one of the important topics for us, mostly for the recovery,” Ulloa said. “It’s not so much that we want to be treated special. When you have a mid-week (road) game and then a home game in three days, it’s important for us to get our legs back and get home as fast as we can. That’s one of the talking points, but we’re trying to get everything better.”

As player representatives, what Ulloa, Garza and Hagglund do is “relay the messages and prepare the team for all possible outcomes, like strikes, so everyone is on the same page,” Ulloa said.

“There are a lot of new guys, a lot of international guys who aren’t aware what the association is about. It’s our duty to inform them and educate them. I can talk to the guys in Spanish, as Greg can also do.”

The players are unified in their fight. On Labor Day, many FC Cincinnati players changed their Twitter profile picture to one that reads “I am the MLSPA.”

As it relates to FC Cincinnati, however, could a strike to start next season harm the club more than other established teams, with 2020 being a pivotal transitional period for the new West End stadium?

“It’s fair to say,” Ulloa said. “We’re really focused on getting a better deal for ourselves. We wouldn’t want to go on strike, but everything is on the table. We want to improve things on the field for us and off the field for fans and everybody else.”

MLS did not respond to a request for comment on this story.

Ulloa: Strike ‘definitely not off the table’ for ’20 MLS season