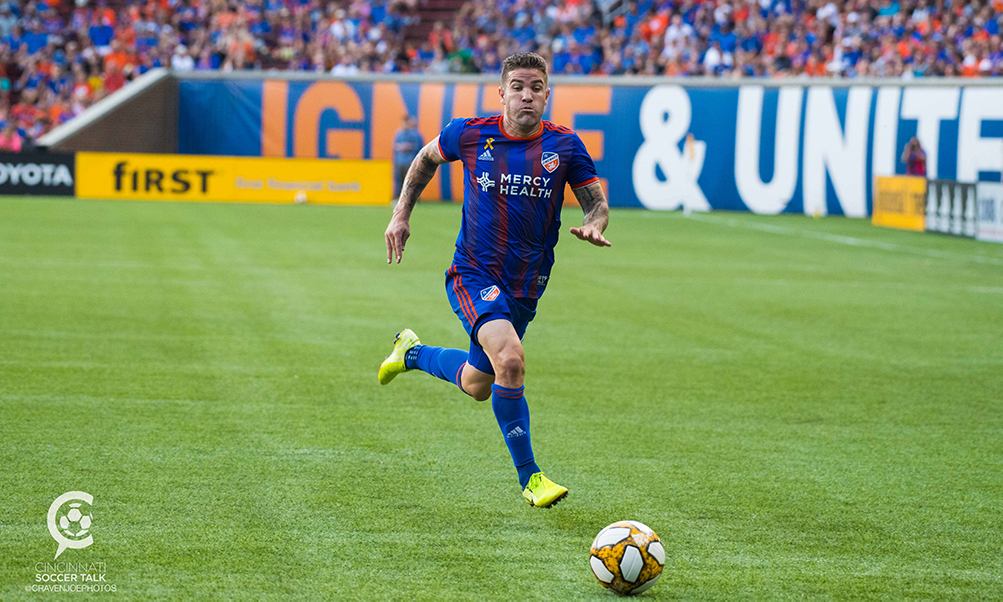 Sunday marks the final match of FC Cincinnati’s unforgettable inaugural MLS season. FCC faces D.C. United one last time in hopes to bring home a few more points to wrap up the season. Kickoff is at 5 p.m. from Audi Field in Washington.

D.C. United has clinched a spot in the playoffs, while FCC has been guaranteed a last-place finish. Despite all of this, the Orange and Blue will be ready to put up a fight.

These two clubs last met in July, when FCC was dealt an embarrassing 4-1 loss at home. The Orange and Blue will be looking for some payback, especially with D.C.’s star, Wayne Rooney, unavailable for Sunday’s match.

FC Cincinnati enters its final match in last place with 23 points. FCC will be looking to continue its performance from the last match against Orlando City. Even though that match ended in a draw, the Orange and Blue’s performance was one of their best this entire season.

Coach Ron Jans has been focusing on introducing a new style of play since he came to FCC this summer. Jans has created a lot of positive improvements on the pitch. And the club mentality has also seen substantial improvement.

D.C. United has not lost a match since Aug. 24 against the Philadelphia Union. D.C. currently sits in fourth place in the eastern conference with a total of 49 points. Without Rooney, the Orange and Blue have a fighting chance to try to bring home at least one point.

As FCC enters into its final match of the season, it will be looking to end the season better than they started.

A difficult season is almost in the rearview. FC Cincinnati will soon be able to focus on next season and give the fans something to look forward to.