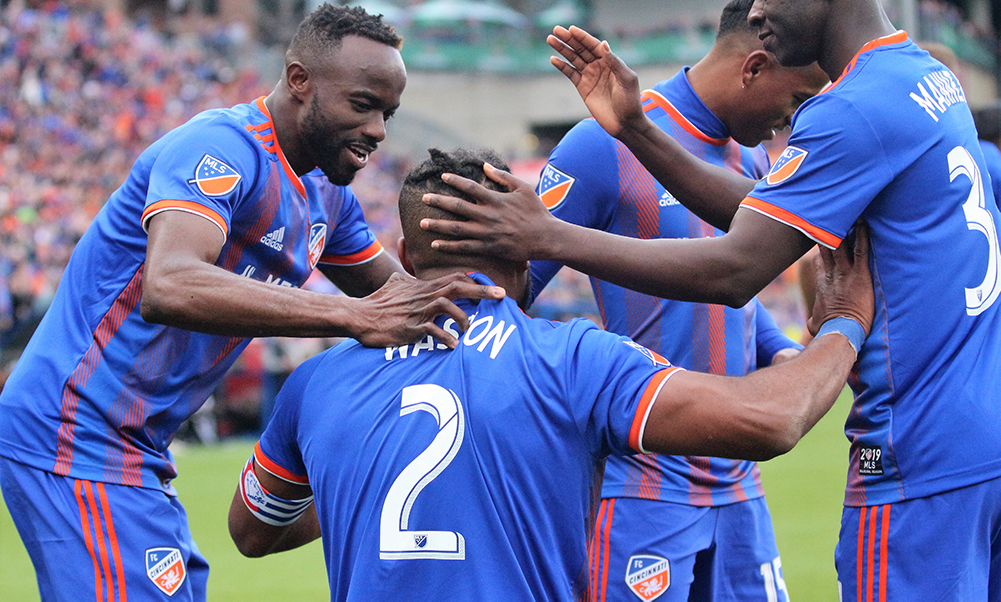 FC Cincinnati fans should pay attention to the negotiations of a new collective bargaining agreement between MLS owners and the MLS Players Association.

As FC Cincinnati nears the end of its inaugural MLS season, fans are looking forward to the moves that the club will make during its first MLS offseason. However, during the offseason, FC Cincinnati fans should pay close attention to the end of the collective bargaining agreement between MLS owners and the MLS Players Association, set to expire on Jan. 31. Without a collective bargaining agreement in place, the 2020 MLS season might not start on time, or worse, even be played at all.

What is a Collective Bargaining Agreement?

Collective bargaining agreements (CBAs), in the context of professional sports leagues like MLS, are the agreements reached between the league’s players and the league’s owners. CBAs establish specific elements of how the league will operate until the date that the CBA expires and can be quite complicated. In fact, MLS’s CBA is 84 pages long and includes topics ranging from player obligations to discipline procedures to other small details that most players probably do not even think about. (Did you know that no player is required to sign more than 25 items on a given day for a bulk autograph signing that is assigned by MLS? The more you know).

The leading cause of friction between most owners and players when it comes to CBAs in professional sports has to deal with the division of league revenues and team salary caps, and in this scenario, MLS is no different. Fans should express concern for these issues as they can play a significant impact on the development of MLS moving forward. 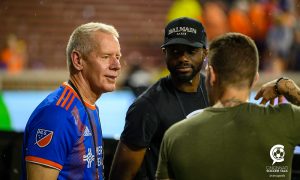 League owners will try to convince fans that they need a larger share of the revenue than the players to help sustain and grow the league. To drive MLS forward, they have had to shell out billions of dollars to provide new stadiums, training facilities for players and amenities and events for fans. Players will try to convince you otherwise, that they are not receiving their fair share of the money they generate for the league. After all, they are the ones that put their bodies on the line to provide fans with an enjoyable product. Without them, there would be no league to watch.

Earlier this year, American Soccer Analysis wrote a fantastic article that showcased the discrepancies between the percent of league revenue spent on player compensation in MLS compared to the other four main U.S. professional sports leagues (MLB, NBA, NFL, and NHL) and other soccer leagues in the world.

Using data that was compiled from the American Soccer Analysis article, MLS earned an estimated total revenue of $963 million in 2017, and net spending on player compensation for MLS in 2017 was $271 million, 28% of total revenue generated. This number is significantly lower than that of the other four top-tier leagues that spent somewhere between 37% and 46% of their league revenue on player salaries. If MLS players wanted to receive the same percentage of income as athletes in other North American leagues, they should demand an additional $87 million to $184 million. This increase averages out to around $150,000 to $300,000 per player to keep up with domestic competition.

Surprisingly, when comparing 14 other different soccer leagues across the world, MLS generated the seventh-highest amount of total revenue and is only behind the big five European Leagues (Premier League, La Liga, Bundesliga, Serie A and Ligue 1) and the Brazilian league. Yet out of these 14 leagues, the MLS ranks dead last in the percentage of league revenue spent on player compensation. Other top-flight soccer leagues across the world spend an average of 52% to 72% of total revenue on player compensation (Even more than top-flight North American professional sports leagues).

It is important to note that there are a couple of crucial reasons in which these leagues allocate so much of its revenue towards player compensation. First, the impact of promotion and relegation plays a significant role. The fear of demotion into a second-tier league that generates significantly less revenue forces owners to open their checkbook in the short-term to stay in the top-flight leagues and get the money that comes along with it. Second, the lack of salary cap in these leagues allows high-profile teams to spend enormous amounts of money on transfer fees and player salaries. A salary cap system often drives down player salaries because there is only so much money to go around.

In the past, MLS owners have justified taking a more substantial piece of the revenue than the players because the league was still in the heart of its developmental stage. During this stage, fans have seen the rise in soccer-specific stadiums, training facilities for players and the development of youth academies- all of which costs a significant amount of money to get off the ground. However, with the end of the developmental stage in sight, it would not be surprising to see players start to demand a larger slice of the pie.

As mentioned, salary caps play a significant role in the amount of money spent by leagues to acquire players. There are two types of salary caps that are used in professional sports leagues — hard caps and soft caps.

A hard salary cap is simplistic. It states a given amount of money, and teams are not allowed to spend over that amount in player salaries. The NFL is an excellent example of a professional sports league that uses a hard cap. A soft salary cap is more complicated because there are exceptions that allow teams to exceed the salary cap to sign players. The MLS uses a soft salary cap with some of the exceptions including the use of general allocation money (GAM) and targeted allocation money (TAM) to buy down salaries to get under the salary cap and designated players (DPs) that do not count against the team’s salary cap at all.

Simply put, MLS players want the salary cap to increase significantly from its current $4.24 million. An increase in the salary cap means an increase in wages for players across the board, not just the players that are already making significantly above the league average. DC United striker Wayne Rooney recently talked about this issue, saying that American players in MLS are underpaid, “I feel they deserve to get more money to stay in line with football in the rest of the world, but also in terms of American sports.” In order to accomplish this task, Rooney noted that an increase in the salary cap in MLS was needed.

Why this is Important

As fans, an increase in the amount of player revenue and an increase in the salary cap for each club is important because it will allow players in the league to earn a higher salary. Consequently, because of the higher salaries that would be offered in MLS, more skilled players will bring their talents to the league, resulting in a better product on the field. This increase in on-field quality will likely increase the number of fans that attend matches in person or watch them on TV.

The importance of this increase in fans cannot be overstated. Without fan support, MLS — or any professional sports league for that matter — would not have the means financially to exist. In sports, fans vote with both their time and money to show whether or not they support the product that is produced. Without continued growth in fan support, it is unlikely that the product on the field will significantly improve.

With more fans paying money to attend matches, MLS will see an increase in revenue in the form of individual and season tickets. Additionally, as more fans start watching games on TV, MLS will have a bargaining chip with major networks such as ESPN and FOX Sports when negotiating the league’s next TV deal after 2022. With an increased audience, networks will be more likely to compete against one another for the rights to broadcast MLS matches, increasing the amount of money those TV rights will be worth. Once again, a more lucrative TV contract increases the total revenue and owners will once again have the ability to spend more money on highly skilled players, creating a continuous cycle that allows Major League Soccer to grow.

For the MLS to catch up to other soccer leagues across the world in terms of on-field talent, the upcoming CBA might have a more significant impact than most fans realize. One can only hope that the new CBA signifies a move in the right direction.