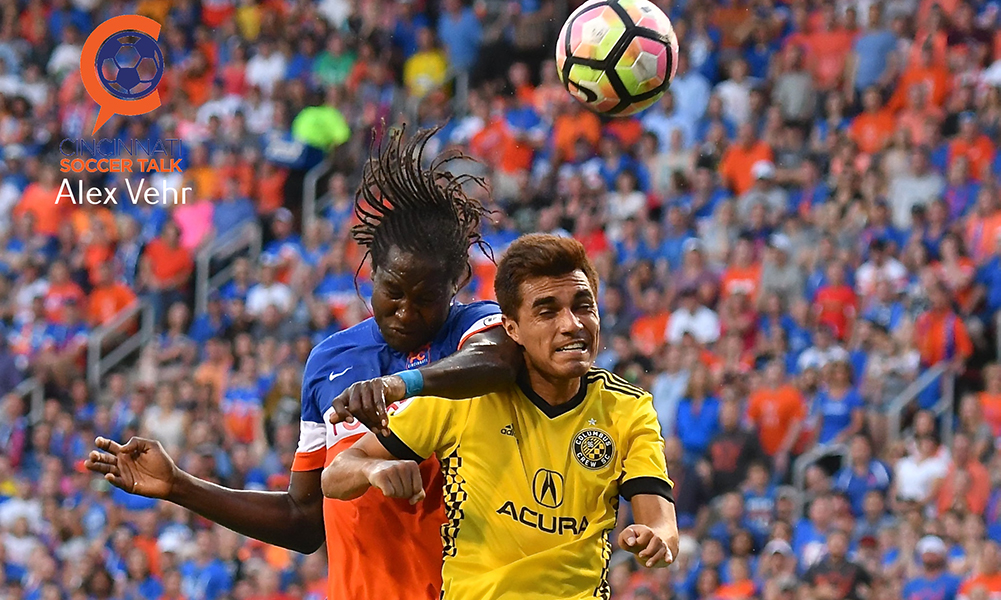 FC Cincinnati heads north Saturday to play the Columbus Crew for the first leg in the Hell is Real derby — the best MLS rivalry that hasn’t happened yet.

Ohio has always been a sports state, from football to baseball to basketball. Soccer can officially be added to that list.

FC Cincinnati and the Columbus Crew cemented their rivalry on June 14, 2017.

The first time these two clubs faced off was during the fourth round of the 2017 U.S. Open Cup. The derby was aptly named “Hell is Real” inspired by the iconic billboard along Interstate 71 between the two cities.

Supporters of both clubs were ready for the first match between the two clubs. The Crew was the first MLS club, starting in 1996, and FC Cincinnati hadn’t even cemented an MLS bid yet. Hundreds of Crew supporters filled the stands.

Nippert Stadium opened up two full sections for the supporters. But all of the black and gold was just a speck in a sea of orange and blue. FC Cincinnati supporters were ready to show the Crew what an MLS atmosphere in Cincinnati felt like.

By all counts and stats, FCC should not have won. It trailed in possession and shots on target, but a moment of brilliance by Djiby Fall was all FCC needed.

Djiby was one of the best forwards to play for the Orange and Blue. On top of being a fantastic goal scorer, he also provided the supporters with a slew of lasting memories.

The match against the Crew was no exception. A late header in a moment of brilliance from Djiby put FCC ahead. This goal also proved to be the game-winner, advancing FCC in the U.S. Open Cup.

This Saturday, the two clubs meet for the first time as MLS sides. FC Cincinnati is officially in MLS, and the Crew got to stay in Columbus.

FC Cincinnati and Columbus Crew will take to the pitch at MAPFRE Stadium, and it’s hard to tell who is more excited.

This rivalry has already proven to be one of the best in MLS, and the two clubs only have one match under their belt. Supporters of both clubs have been going head-to-head on social media, proving the Crew’s banter is much better than that of FCC’s USL rival down south.

Everyone is prepared for the first installment of this year’s Hell is Real derby. Hundreds of FCC supporters, if not more, will be traveling up I-71 to cheer on the Orange and Blue.

It would be easy to say the result won’t be as important as the experience itself, but that would be a lie. Both clubs may be at the bottom of the standings, but that is all the more reason for FCC to bring in a win. Gaining points is more important than dropping points.

But if all else fails, the derby will reach its next leg on Aug. 25th. FC Cincinnati will meet the Crew again at Nippert during Rivalry Week on ESPN.