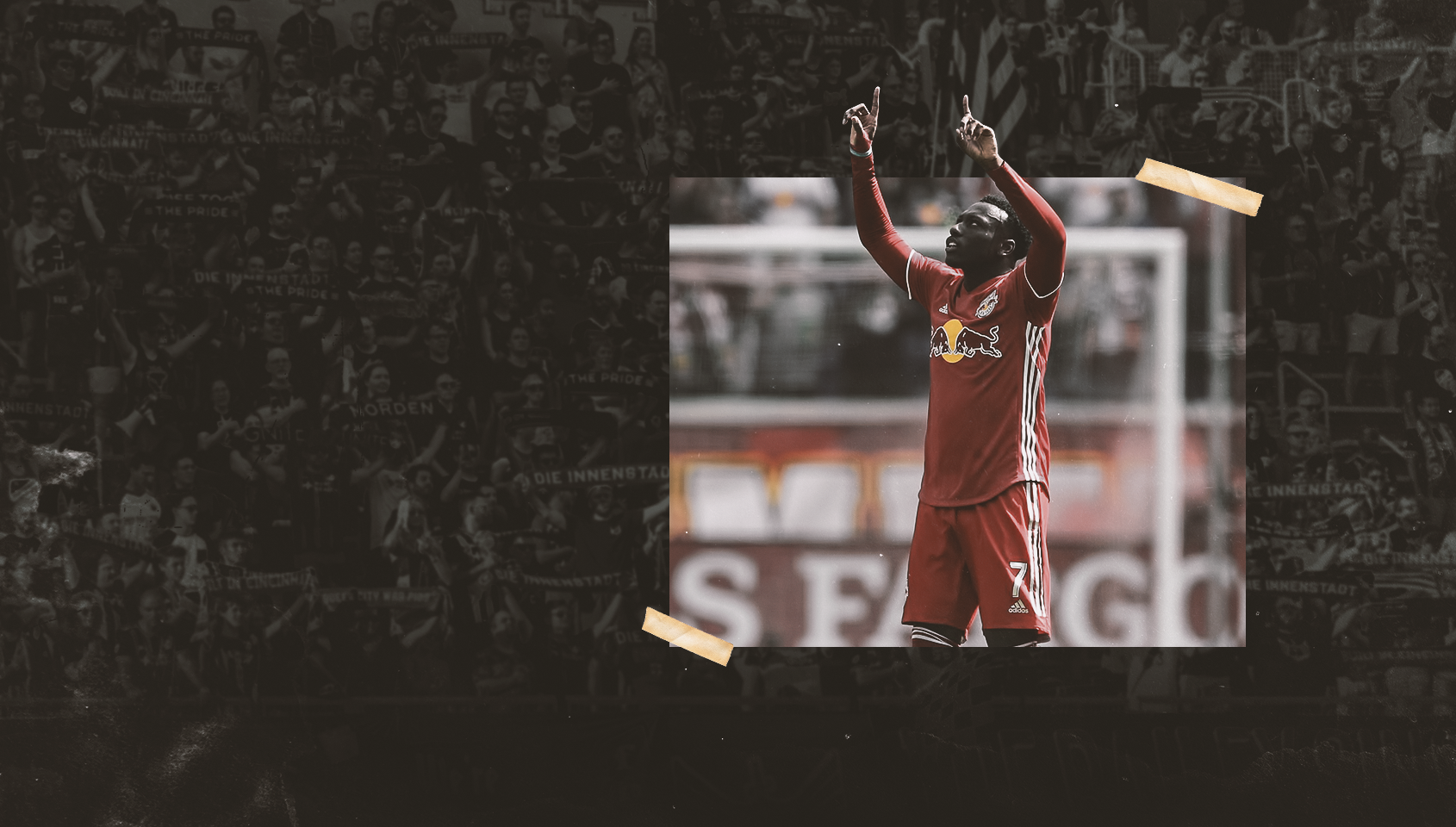 FC Cincinnati has announced the transfer of winger Joseph-Claude “Joe” Gyau ahead of the conclusion of the MLS Secondary Transfer Window. Gyau comes to FC Cincinnati from MSV Duisburg, a club that plays in the German Dritte Liga, the third level in Germany’s soccer league system. During his one season with MSV Duisburg in 2018-2019, Gyau made 20 appearances, including seven starts, putting away two goals and assisting on one during the campaign.

The 26 year-old winger has spent his entire nine-year playing career in Germany, including Bundesliga sides TSG Hoffenheim from 2011-2014 and Borussia Dortmund from 2014-2016. Overall, Gyau has made a combined 172 appearances, including 118 starts, scoring 21 goals and adding 13 assists. Additionally, Gyau has made three caps for the United States Men’s National Team since 2014, further adding to his resume.

Once considered as a player that could make significant contributions both in Borussia Dortmund and for the USMNT, injuries plagued Gyau during the 2014-15 and 2015-16 seasons. After missing significant playing time in each of those seasons, he joined Sonnenhof Großaspach from 2017-2018, making 50 appearances, producing six goals and five assists during that time.

“We are delighted to welcome Joe to FC Cincinnati,” FC Cincinnati General Manager Gerard Nijkamp said today in a press release. “We feel his ability and pace are a good fit for our style of play and he will provide another attacking option on our roster.”

There are expectations that Gyau will compete for one winger spots within FC Cincinnati’s starting XI. However, fans should be patient and cautious as Gyau has only played over 60 minutes six times last season. This statistic shows that there is a strong possibility that Gyau might have to build his match fitness before consistently joining the starting XI for the Orange and Blue. Current players affected would be Mattock and Ledesma. How Jans works time will be interesting to follow.

Nonetheless, MLS experts are saying that this is a strong pick up for FCC, with Ives Galarcep from SBI Soccer saying that the move was a “Great pickup” and that Gyau “still has the wheels and moves to be a problem in MLS.”

FC Cincinnati also acquired Homegrown midfielder Derrick Etienne Jr. on loan from the New York Red Bulls in exchange for FCC’s 2020 third-round MLS SuperDraft selection that the club acquired last week from the Chicago Fire as part of the Andrew Gutman acquisition. This deal gives FC Cincinnati the option to purchase the contract of Etienne Jr. after the conclusion of the 2019 MLS season.

“We’re excited with the opportunity to add Derrick to our organization,” FC Cincinnati General Manager Gerard Nijkamp said. “He fits the profile of a player that we’ve been looking to add at the winger position and we believe he’ll strengthen that position group. We look forward to welcoming him to Cincinnati and seeing him compete within our squad.”

Even though FC Cincinnati is in the cellar of the Eastern Conference, it is encouraging to see the club still trying to make moves to better position themselves. Time will tell if these were the correct moves for FC Cincinnati to make but they are clearly looking with an eye on the future with the way they have worked this window.