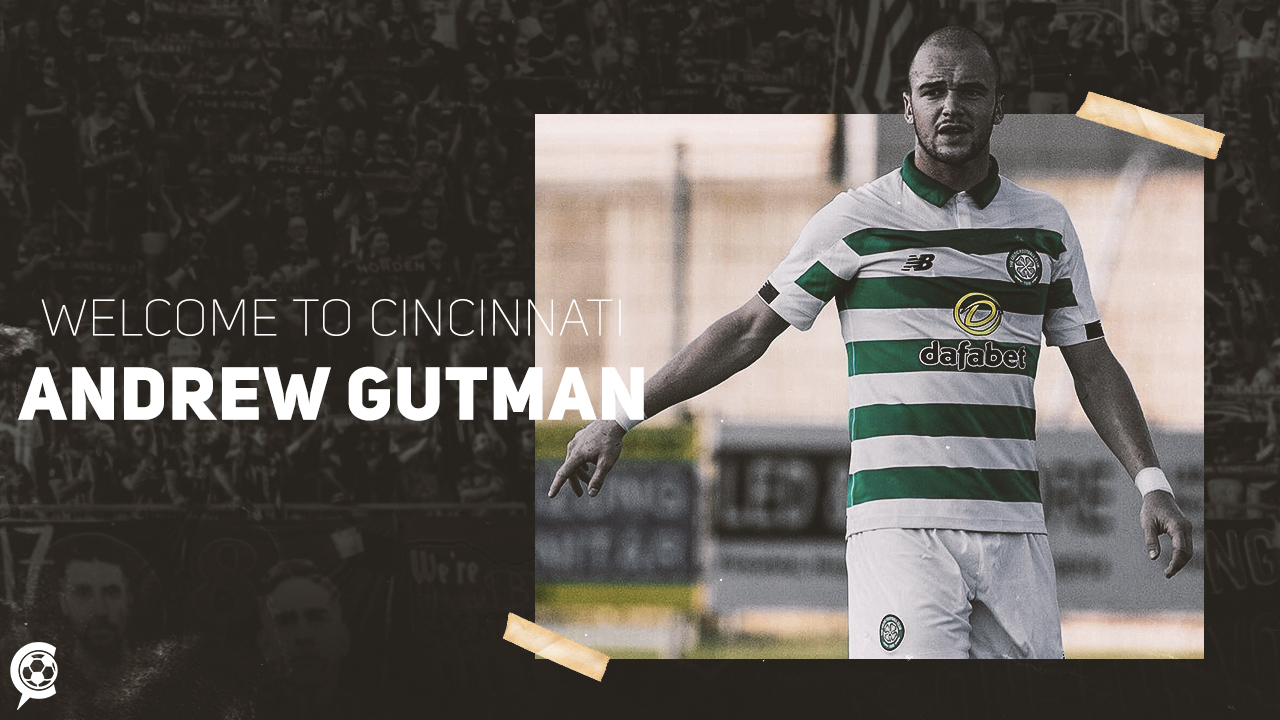 Earlier this week, FC Cincinnati acquired the homegrown rights of Andrew Gutman from the Chicago Fire in exchange for $50,000 in general allocation money. Today, the club has announced that Gutman will arrive on loan from Celtic FC and will stay through the end of the 2020 MLS season pending the receipt of his International Transfer Certificate (ITC).

Gutman is the 2018 Hermann Trophy winner given to the nation’s best collegiate soccer player. He was a star for Indiana University where he earned multiple honors including All-American, All-Big Ten and Big Ten Defender of the Year. He scored 11 goals and tallied nine assists during his senior campaign.

“We are excited to add Andrew to our roster. He is an exciting young player that will add balance to our backline. We look forward to getting him acclimated with our club and the city of Cincinnati.” says FC Cincinnati GM Gerard Nijkamp in today’s press release from the club.

After his season at IU wrapped up, Celtic FC signed him to a contract through the 2022 season. He spent the first part of the 2019 season with USL side Charlotte Independence after a loan to Nashville SC fell through. During this summer he joined up with Celtic FC during their tour of Switzerland and Austria where he impressed many Celtic fans hoping he’d get a chance with the Scottish giants.

Gutman won’t be eligible to play tonight against the Vancouver Whitecaps but could potentially make his debut in the first MLS version of Hell is Real next weekend vs Columbus Crew SC.