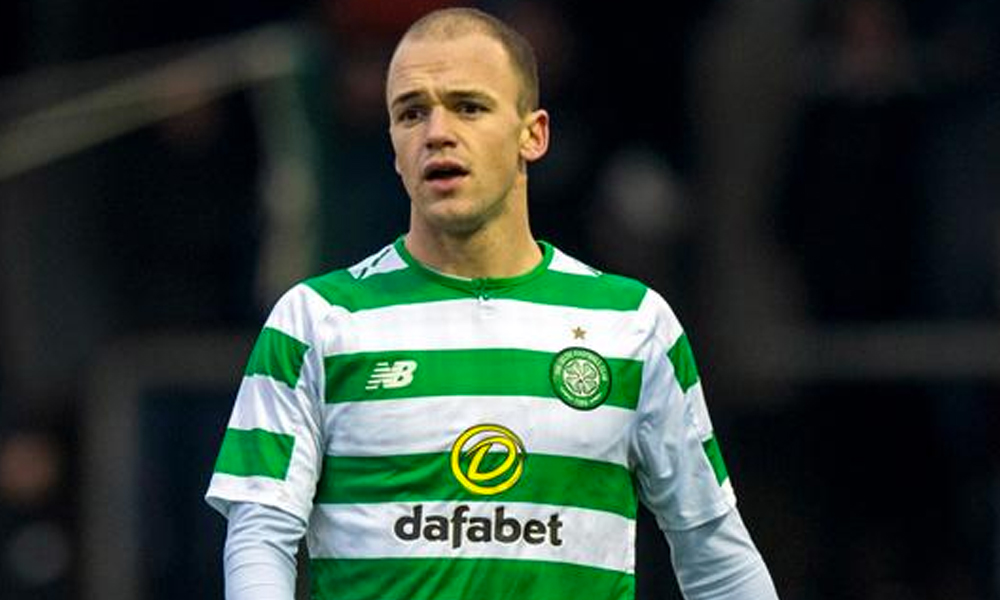 FC Cincinnati has acquired the homegrown rights to young Celtic left-back Andrew Gutman after agreeing to terms with the Chicago Fire.

Many of you have been sitting around and waiting for FC Cincinnati to make some more roster moves this transfer window. You’ve been wondering (like us) what is the club going to do to make this squad more competitive in Major League Soccer. Thursday the club did just that, with a catch.

FC Cincinnati has acquired the homegrown rights to young Celtic left-back Andrew Gutman after agreeing to terms with the Chicago Fire. Gutman was signed by Scottish Premier League club Celtic last year. He was then loaned to USL Championship side Nashville SC for the 2019 season, but that deal ultimately fell through due to Chicago holding his homegrown rights. Gutman did end up staying here in the U.S. but spent the first part of the 2019 season on loan with the USL Championship side Charlotte Independence. He recently joined up with Celtic on its preseason tour of Austria and Switzerland.

Should Gutman ever decide to come to MLS, he must negotiate with FC Cincinnati now, since it owns his homegrown rights. In order to get his rights, FC Cincinnati agreed to send the Fire $50,000 in general allocation money. Should FC Cincinnati ever add Gutman to its roster and he meets certain performance-based metrics, the Orange and Blue may have to end up sending an additional $150,000 in GAM to the Fire. The club also revealed Thursday that the Fire will also receive a percentage of any future transfer or loan fee should FCC transfer him outside of MLS. FC Cincinnati also received the Chicago Fire’s natural 2020 MLS SuperDraft third-round selection in the deal.

At first glance, you’d think that is an awful lot of allocation money and future potential allocation money for FC Cincinnati to give up for someone who you’re not quite sure will sign for your club. Which leads you to believe that it’s highly unlikely the club would make this move without having some assurances from Gutman or his camp that he has interest in suiting up for the Orange and Blue.

Gutman has impressed this preseason, where he has made a couple of appearances for Celtic on its tour. The former Hermann Award winner, given to the nation’s top collegiate soccer player, has impressed fans of Celtic during his limited appearances this preseason. During his 2018 senior season at Indiana University, Gutman tallied 11 goals and nine assists and earned first-team All-American, Big Ten Defender of the Year and first-team All-Big Ten honors.

More importantly, Gutman is a natural left-back, a position that FC Cincinnati could use some depth at after lengthy injuries to Greg Garza this year. He’s a young player with loads of talent who also has a history with Larry Sunderland, FC Cincinnati’s new Academy Director.

Unbelievable hire 👏🏻 👏🏻 this is the man responsible in developing me into the player I am today @Laz06 https://t.co/Q57CHOz4h0

So why is this talented young left-back with a bright future ahead of him not staying in Scotland? Celtic fan blog Hail Hail 67 speculates that Gutman may be having a hard time getting a work permit abroad. According to UK work visa rules, Gutman does not qualify for a visa due to a lack of senior appearances for the United States men’s national team. However, there are always exceptions to this, and playing first-team minutes in the U.S.’s top league could help with his situation.

As far as where Gutman falls into FC Cincinnati’s roster should he arrive in the Queen City, he would slot into roster spots 21-30 (he is a homegrown player, so he qualifies for homegrown subsidy), where he would not count against FC Cincinnati’s salary cap. If he is here next season, that is like getting an MLS starter for free, much like Frankie Amaya, who’s on a Generation Adidas contract. Gutman’s contract with Celtic runs through June 2022, so if any deal is made with the Scottish giants, it’s more than likely that this will be another loan to the U.S.

So what does this mean for FC Cincinnati? Well, it may mean nothing at all, and FC Cincinnati took a really large gamble to maybe someday have the opportunity to either loan or sign Gutman from Celtic. Or it’s a shrewd bit of business by FC Cincinnati general manager Gerard Nijkamp and maybe — just maybe — the Orange and Blue know they’ve got a realistic shot at potentially signing a left-back who could be in Cincy’s lineup for years to come. Stay tuned.