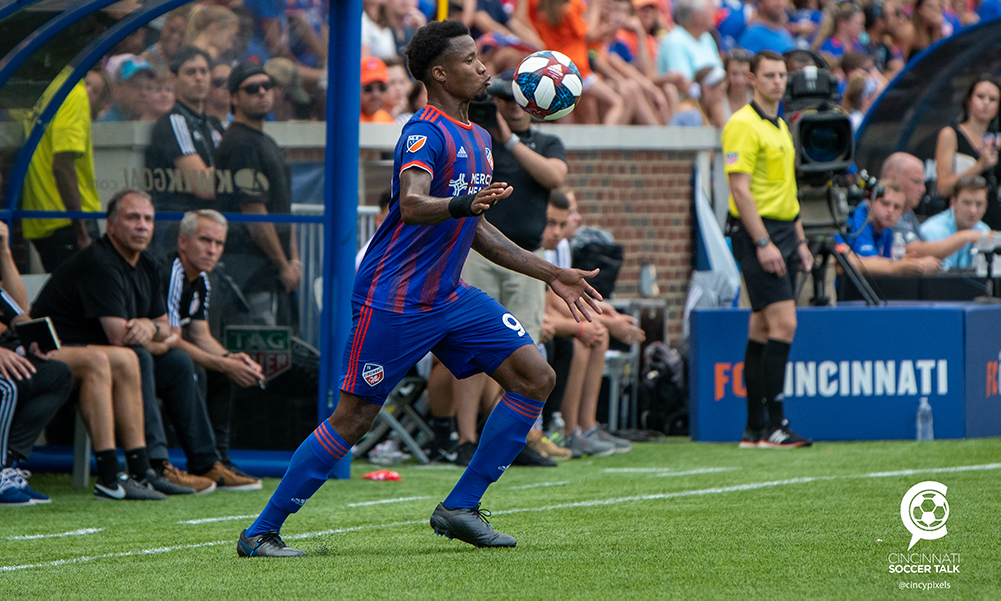 FC Cincinnati returns home on Saturday to Nippert Stadium. The Orange and Blue will face the Vancouver Whitecaps at 8 p.m.

FCC is still sitting uncomfortably in last place in the Eastern Conference, with only 17 points under its belt. Vancouver currently sits 11th in the Western Conference with a total of 21 points. The Whitecaps have four more points than FC Cincinnati. Both clubs have had a similarly difficult season.

The Whitecaps haven’t won a match since May, and FCC will have home-field advantage. FCC will be looking to snatch a win at home, especially considering the season is two-thirds of the way over. The final 11 matches will be crucial for FCC aiming to claim as many points as it can.

Crépeau might prove to be the biggest struggle that FCC faces this weekend. FCC has not scored as many goals this season as it would like. But getting past Crépeau will be difficult. FCC’s strikers will have their work cut out for them, but having the support of 28,000 in the stands might give them a much-needed push in the right direction.

Creating opportunities and finishing them will be the most important part of this match. Since interim coach Yoann Damet took over in May, there has been some improvement with moving the ball forward. However, there has been a lack of finishing. Players are finding their on-field chemistry, but there’s been a lack of capitalizing. This is not a new struggle to the Orange and Blue, but scoring first will be crucial.

Additionally, the back line has seen some holes as of late. With left-back Greg Garza still injured, Damet has to move key players around to fill the gaps. The addition of Maikel van der Werff during the transfer window has added some much needed strength to the back line. Van der Werff may only have one MLS match beneath his belt, but his performance impressed those who paid to attention to how he operates. If he and Kendall Waston are able to cement their chemistry, they will prove to be a powerful duo. And that powerful center back duo will be an important key to FCC’s defense this weekend.

Waston will be one of the familiar pieces on the pitch that the Whitecaps will be paying attention to. Before signing with FC Cincinnati, Waston was Captain for the Whitecaps for five seasons. Similarly, Kekuta Manneh, Darren Mattocks and Spencer Richey have all made appearances for the Whitecaps. The connections don’t end there, as assistant coach Pa Modou Kah played for the Whitecaps before becoming a coach.

All of these connections could work in favor of either club. Hopefully the Orange and Blue will be able to secure three-points before heading north next weekend. FC Cincinnati will face Columbus Crew on Aug. 10 for a Hell is Real Derby.