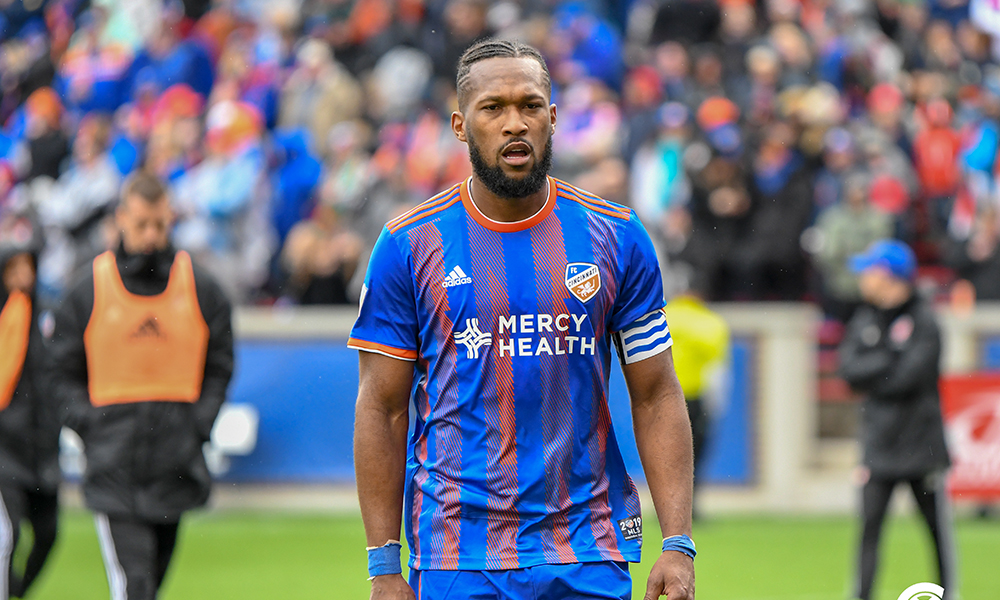 FC Cincinnati announced today that the club’s first-ever MLS captain Kendall Waston has signed a contract extension with the Orange and Blue.

Sometimes you don’t know what you’re missing until it’s gone. Much is the case with FC Cincinnati center back Kendall Waston who just recently returned to Cincinnati after spending the past month with the Costa Rica national team for the 2019 Gold Cup.

FC Cincinnati has announced that the club’s first-ever MLS captain has signed a contract extension to stay with the Orange and Blue.

“We are pleased that Kendall will remain an FC Cincinnati player for the foreseeable future,” FC Cincinnati General Manager Gerard Nijkamp said. “He is a true professional who leads by example on and off the pitch and is committed to what we are building at FC Cincinnati.” said in today’s press release from FC Cincinnati.

There’s no secret that FC Cincinnati is much better defensively with Waston in the lineup. While away on international duty, FC Cincinnati conceded 17 goals in the four league matches he missed.

Before arriving to the club in 2019, Waston was a two-time MLS Best XI selection in 2015 and 2017 while playing for Vancouver Whitecaps FC for five seasons (2014-18), where he made 115 regular-season appearances, scored 14 goals, added four assists and logged over 10,000 minutes on the pitch.

Waston has 36 career caps with the Costa Rica national team.

Today’s press release does not state how long the extension is for. We have reached out to FC Cincinnati for further clarification. As more details emerge, we’ll continue to update this story.