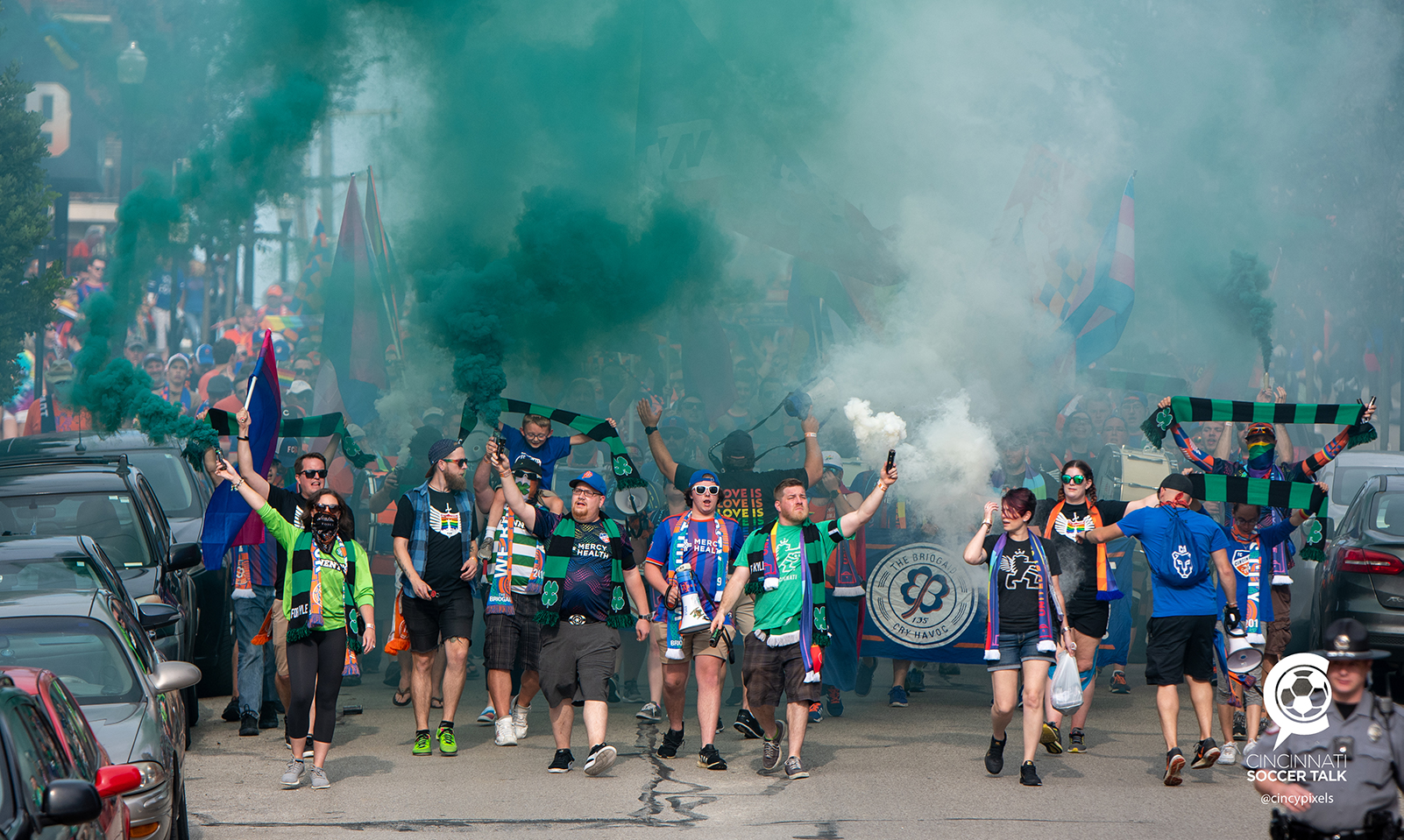 In his own words: Briogaid supporter remembers Kyle

The Briogaid and the FC Cincinnati supporter community lost one of their own recently. Kyle Kuznof-Dineen, one of the Briogaid’s founders, died June 17. He was 35.

During the June 22 home game against the LA Galaxy, supporters remembered Kyle with Briogaid scarves in his honor, green smoke during the march and a spirited 67th minute in the Bailey.

Cincinnati Soccer Talk reached out to members of the Briogaid for their memories of Kuznof-Dineen. Here’s what Briogaid member Matt Imholt submitted, in his own words:

I have many fond memories of Kyle. We had many conversations throughout the years about our love for soccer. He was of course a giant Celtic fan. He didn’t really have an EPL team but if there was one he “kind of” (his words) rooted for, it was the Spurs. I’m pretty sure it had to do with some Celtic affiliation, but that affiliation escapes me. 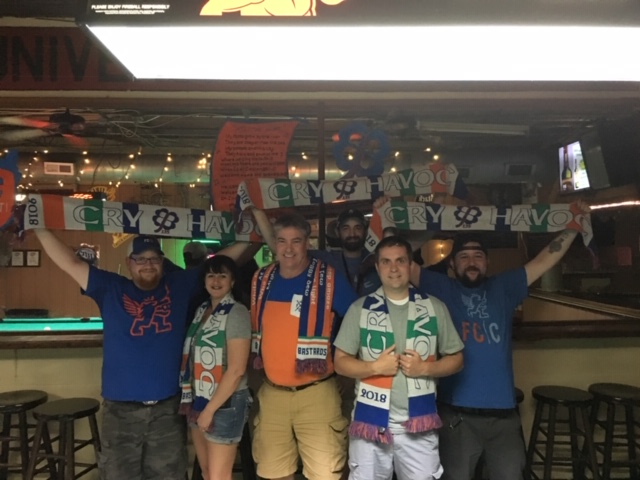 Kyle and I carried the giant Briogaid banner that you see hanging in the Bailey through the entire St Patrick’s day parade in March. With all the wind down by the river that morning, it was quite a challenge. Kyle came up with the genius idea to use some of the green beads that us Briogaid members were passing out and tie them to our ankles and the banner to keep the bottom of it steady. It worked well, but caused me and Kyle to have to walk in perfect unison throughout the long route. (For those of you that don’t think it’s a long route I invite you to carry the banner with us next season ). We had to be in constant communication (we were being led by Fat Dave’s car and were in the back of the Briogaid section of the march. I heard afterwards we were the only group who had their banner in the back of their group) and had to constantly decide when to walk together. We shouted back and forth throughout the entire march to make sure we were on the same page. I think we were both exhausted by the end of it, but had a good time. I do remember him saying that he hadn’t slept at all the night before because he had closed at Clifton Heights Tavern. But his love for our supporters’ group and all things Irish caused him to still want to be in the march.

I have many other fond memories with Kyle. Him and his friend Matt (who was one of the main people who painted the tifo that was displayed in section 131) sat next to me and my wife on the bus trip up to Indy last March. We had a good day drinking and chatting it up and returned home with 3 points. I also spent many matches watching and rooting for FCC with him at Murphy’s pub in Clifton. I can remember being there with him at Rhinegeist for the MLS announcement. He was very excited along with all of the Bastards members that day. He served as the Capo for our group during the second half of the 2018 season and did a great job keeping everyone in 134 and 135 singing.

We also had some funny moments with him on our slack page. He would forget to turn his notifications off on his phone and would get woken up early in the morning (he closed a bar, so I’d imagine he’d been up until 4 or 5 am most days) to us arguing about Liverpool and Manchester United. Cathy would tell him to turn his notifications off! But then we’d be arguing a couple weeks later, and he’d say the same thing happened again . But that was Kyle. He never actually complained to any of us in person about it. I guess I do feel a little bad in retrospect that I woke him up a few times when I was the instigator on these slack threads (Imagine me instigating Man U and Liverpool debates. Shocking I know).

There are many pictures of us together that were on the slide show at his funeral that I had never seen before. I don’t have a bunch of pictures personally with him, but I’ve attached one below. You can check out his Instagram here for other pictures https://www.instagram.com/finndineen/?hl=en. In the CST vaults there are likely many pictures of him in the Bailey. I believe I even saw the CST logo on the corner of one of the pictures in the slide show at his funeral. Anyway, Kyle was an awesome guy and I value the time I got to spend with him. He was an intricate part of our group, and I’m glad to have gotten to know him. He will be missed.

In his own words: Briogaid supporter remembers Kyle