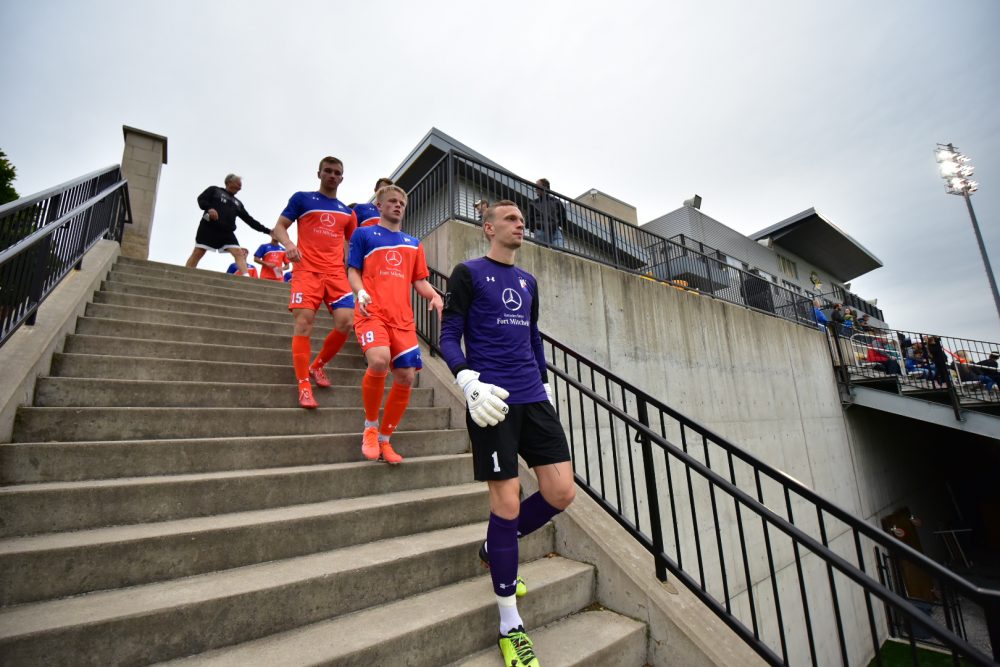 If Cincinnati can secure the win against Dayton, they bring home the Subway Cup for 2019. Dayton currently holds the cup from 2018.

Battle for the Subway Cup

If you ask the Super Mega Ultras Supporters Group what team they want to beat the most, it’s Dayton. It’s not just geography or the fact that they share the Dutch Lions name, in 2018 when Dayton won the Great Lakes division, they celebrated on Cincinnati’s home field. That celebration left a bad taste in the mouths of the fans and players in attendance. Several of those players are still with the club and have not forgotten that moment. The five dollar footlong derby (in reference to the statue between Cincinnati and Dayton) is a heated one.

The third matchup of the 2019 season between the Cincinnati Dutch Lions F.C. and the Dayton Dutch Lions F.C. is tonight Friday, June 21st at the Northern Kentucky University Soccer Complex in Highland Heights, Kentucky. The match is scheduled for a 7 PM start.

Dayton Looking For a Surge to The Top

Dayton came into the 2019 season looking to repeat as Great Lakes Division Champions. Last week they defeated Flint City 2-1 on Wednesday and lost to Chicago Saturday night by the same score, 2-1.

Another loss this past Wednesday night against Chicago 2-0 hurt everyone’s chances at catching Chicago in the divisional race. Head coach Dan Griest is going to need a huge push to make a run here at the end of the season.

West Virginia and Cincinnati ended Sunday’s match in a tie as the match was called due to inclement weather. There has to be some frustration when only coming away from that road trip with one point. While you don’t want to take any opponents for granted, CDLFC had to think 3 points at West Virginia was a definite given their performances against them this season.

Cincinnati needs to earn every point possible as the end of the season approaches. With Chicago still getting results, it makes the possibility of catching them that much harder. However, Cincinnati has two head to head matchups and those are key moving forward.

The Great Lakes Division is so strong this year that it’s become possible for some fans to overlook that this might be the best CDLFC roster they’ve ever seen. There’s tremendous depth on this roster and each match has to be difficult for the CDLFC coaching staff to choose the starters and the substitutes.  This Summer has seen a number of players get work with USL Championship and MLS Squads. Recently, the Enquirer linked Alex Willis with Nashville and Columbus.

If Cincinnati can secure the win against Dayton, they bring home the Subway Cup for 2019. While it isn’t the hardware that Cincinnati truly has their eyes on, it would mean a lot to the supporters. Dayton fans currently hold the cup but Cincy could steal it away early before playing the third and final match.

Tickets can be purchased online at http://www.CDLFC.com or purchased the day of the match at the gate. Follow the Dutch Lions on Twitter @CincinnatiDLFCto #supportlocalsoccer and for more information regarding #DutchSummer