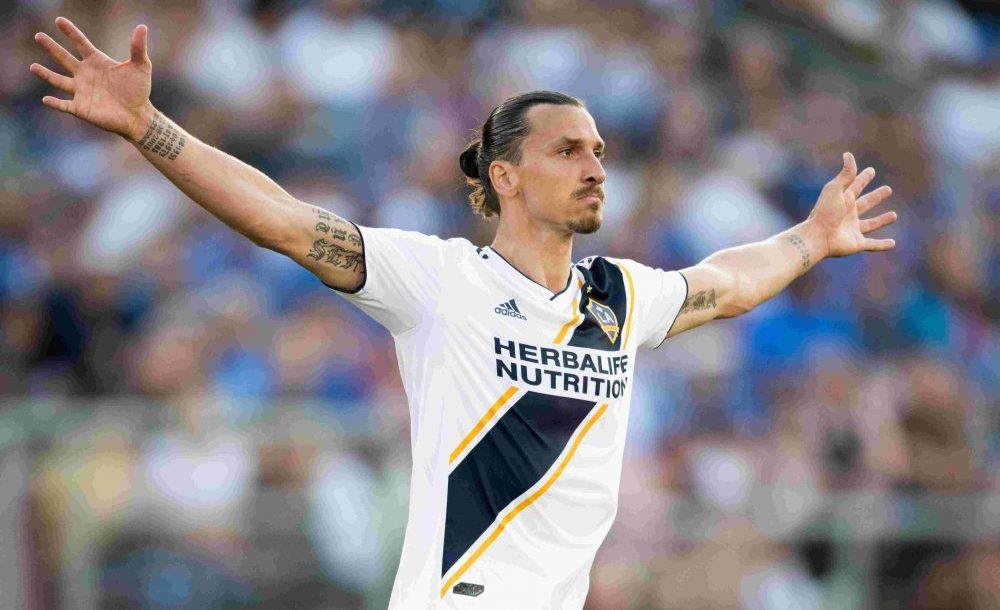 Even with the addition of European superstar Zlatan Ibrahimovic, the LA Galaxy are still living in their storied past. Ibrahimovic and the Galaxy take on FC Cincinnati at 7:30 p.m. Saturday at what’s expected to be a sold-out Nippert Stadium.

Ten teams kicked off Major League Soccer in 1996, but only two of them stood above the rest immediately: the Los Angeles Galaxy and D.C. United. While United proved dominant early, the Galaxy’s prolonged success continually pushed the rest of the league to catch up. Today, it’s not only clear that the league has caught the Galaxy, but in many cases, it has surpassed them.

The Galaxy entered play with the type of flair that MLS needed to get off the ground. Their uniforms featured a certain Latin flavor that signified Los Angeles, and their roster matched that flavor. It featured a diverse roster with stars like Mauricio Cienfuegos, Jorge Campos, and Cobi Jones. They played with a certain joy that fans embraced.

The club’s success continued over the years, with new stars coming and going over time. They built a state of the art stadium, now known as the Dignity Health Sports Park, and they didn’t hesitate to take any risk to win. It took some time, but the Galaxy finally earned their first MLS Cup in 2002. Carlos Ruiz scored the game’s only goal in the 113th minute to beat the New England Revolution in front of 61,316 fans in Foxborough, Massachusetts. The win was a long time coming, but it was only the beginning.

Los Angeles returned to the MLS Cup for a rematch with the Revolution in 2005. The end result proved the same as before when another extra time goal, this time by Guillermo Ramirez, sealed a 1-0 win. Yet the Cup wasn’t the only noteworthy event for the Galaxy in 2005. They also signed arguably the greatest player in club history: Landon Donovan.

The Galaxy hit a crossroads when they signed Donovan. They produced winning season after winning season for a decade prior to his signing, but adding Donovan brought new expectations. He was America’s biggest soccer star, and with him, more titles were expected. Still, the roster featured several holes, and the club failed across the board from 2006-2008.

David Beckham’s arrival brought even more star power and higher expectations in 2007. Nonetheless, injuries and reported clashes with teammates, especially Donovan, marred the team’s performances to the point where Grant Wahl wrote a book about Beckham and the team. Eventually, Beckham and Donovan patched up their differences, and a new era in club history emerged.

Los Angeles lost the 2009 MLS Cup to Real Salt Lake, but the Galaxy won the Supporters’ Shield in 2010 before suffering a devastating 3-0 upset in the Western Conference Finals. A year later, all eyes were on the Galaxy, and they delivered. Los Angeles won both the Supporters’ Shield and the MLS Cup, led by Donovan’s 12 goals and Beckham’s 15 assists. Adding Robbie Keane in August bolstered the attack as the Galaxy compiled the second-best record in club history and set the standard for MLS for star power.

The Galaxy won two more MLS titles in the following three years, but time was not on their side. Beckham left the Galaxy following the 2012 season, and Donovan followed suit two years later. The last vestiges of that title run swept away when head coach Bruce Arena and Robbie Keane departed in 2016. Altogether, the Galaxy won three MLS Cups in five years with two Supporters’ Shields. A club rebuild was in the cards.

Stuck in the old days

Today, the Galaxy still rely on the same old practices of yesteryear. They look for stars and back-fill the rest of the roster with whatever affordable talent they can find. Unfortunately, while the club struck gold with Donovan, Beckham and Keane, it’s failed with everyone outside of Zlatan Ibrahimovic. Steven Gerrard and Giovanni dos Santos never quite fit into the scene, while the club had to compete with more MLS franchises for new stars.

Meanwhile, the Galaxy also took the arrival of Los Angeles FC for granted. The 2018 expansion club built a state-of-the-art stadium downtown next to the Memorial Coliseum, which did wonders for attracting new fans. LAFC also succeeded in building a relationship with the local Hispanic community, which is something that the Galaxy have long struggled with. Work must be done both on the field and off the field for the club to regain its place in the city. LAFC dropped the gauntlet, now the old club stuck in the Beckham era must respond.

The Galaxy still have plenty of advantages. The club features one of the best academy systems in MLS. Hiring Guillermo Barros Schelotto away from Argentine powerhouse Boca Juniors as the new head coach was a great move. He’s done an amazing job leading a flawed roster to a 9-6-1 mark. Finally, stars still want to play there. The lure of L.A. attracts star power. Sooner or later, the Galaxy will hit on another star.

However, the rest of MLS adapted over the last couple of years. It won’t be easy to return to the top, and the Galaxy won’t rise again until they figure out who they are. Don’t let their record fool you. Right now, the roster is a mixture of loose parts surrounding Ibrahimovic. There is talent there, but no identity. This isn’t the same club that dominated MLS with Arena, Donovan, and Beckham. A new age has dawned in MLS, and until the club commits to a new organizational philosophy, they will be what they’ve been throughout the last couple years: mediocre.