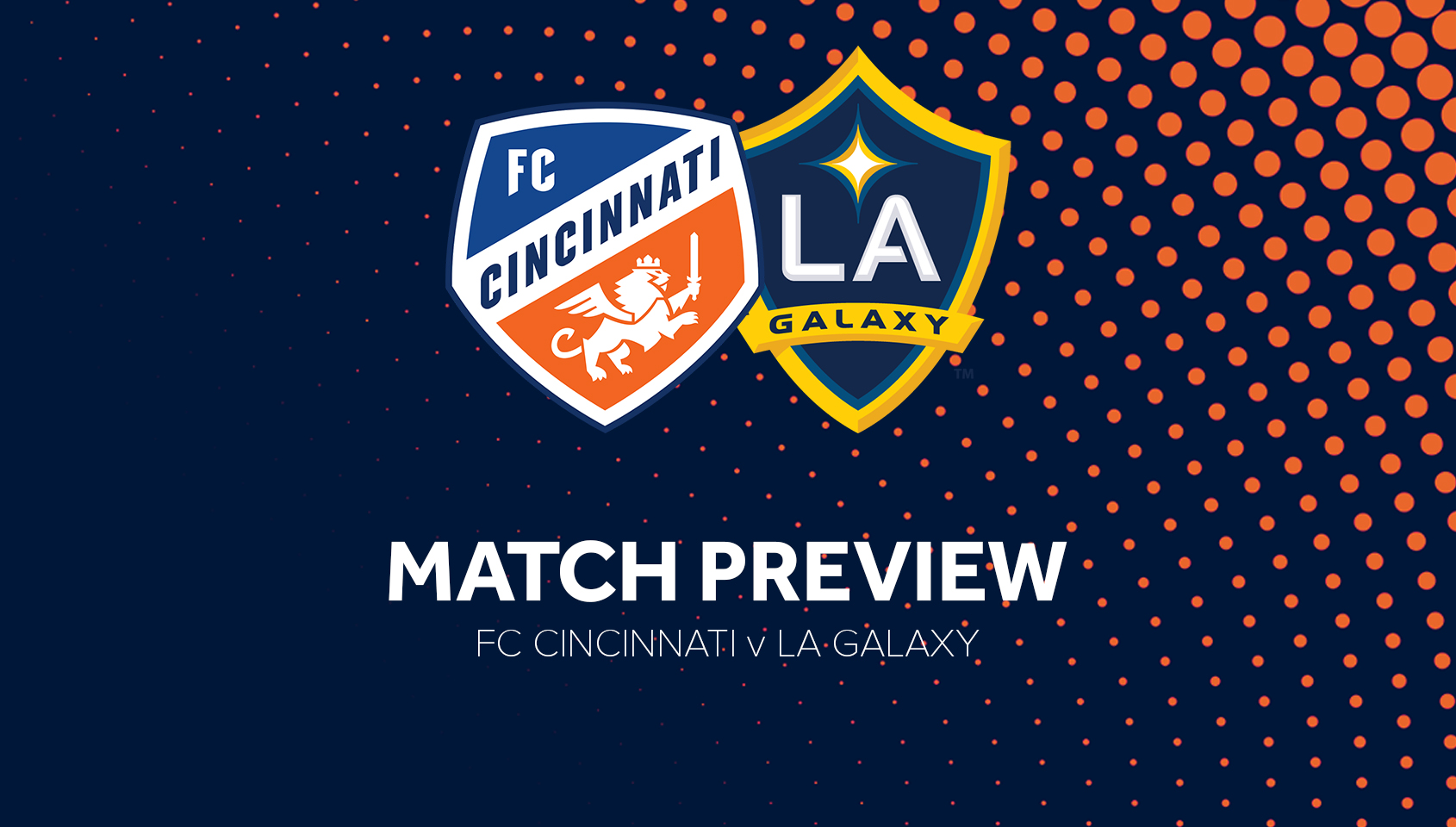 FC Cincinnati welcomes the LA Galaxy and superstar Zlatan Ibrahimovic on Saturday at what’s expected to be a sellout crowd at Nippert Stadium. But the Galaxy are beatable, especially without midfielder Jonathan dos Santos.

FC Cincinnati returns home this weekend to face the most successful club in MLS history, the Los Angeles Galaxy, at Nippert Stadium at 7:30 p.m. Saturday. It will be the first meeting between the two clubs, and it could serve as a turning point of the season for both of them.

FC Cincinnati (3-2-11, 11 points) enters this game with an opportunity to change its season. The club will face a team missing six players to the Gold Cup, including top midfield playmaker Jonathan dos Santos. Also, top forward Roman Alessandrini is out due to injury. FCC will be missing its fair share of talent as well, but none are as valuable as dos Santos has been to the Galaxy (9-1-6) this season.

Everything runs through dos Santos for the Galaxy, which was never more evident than in their 3-1 loss in Columbus on May 8. The game was competitive with dos Santos directing the Galaxy midfield in the early going. However, the team removed him from the match in 41st minute after suffering an injury. The Galaxy struggled without him and fell apart in the second half.

Los Angeles will be without dos Santos again this weekend, and with his absence comes opportunity. This is not the dominant Galaxy club of old. They struggle when pressured and often fall apart on their wings. FCC can win this game if it pressures the midfield and attacks the wings.

Zlatan is both a blessing and a curse

Galaxy forward Zlatan Ibrahimovic remains one of the most exciting players in MLS, despite being 37 years old. It’s even more astounding that Ibrahimovic can dominate a match after recovering from a devastating knee injury that nearly ended his career.

However, while Ibrahimovic is probably the most dangerous forward in MLS when handling the ball near or in the box, he’s also relatively immobile when the team is pressing the attack. The Galaxy often slow down and set up when they pressure the opposing goal to accommodate Ibrahimovic instead of attacking immediately via the wing. His presence alone demands that the ball comes to him in the box, which makes the Galaxy one-dimensional offensively.

It’s still incredibly difficult to stop the Galaxy offense with Ibrahimovic on the ball, but FC Cincinnati can take advantage of the situation by controlling the wings and strong midfield play.

5 Keys to the Match

– Contain Zlatan Ibrahimovic. Force the Galaxy to win with veteran forward Chris Pontius and the young midfielder Efrain Alvarez. The Galaxy have a young star in the making with Alvarez, but who would you rather face down in the box? Ibrahimovic or Alvarez?

– Control the midfield. Los Angeles will miss dos Santos. Expect a disjointed Galaxy performance in the midfield if FCC pushes the tempo.

– Attack the wings. The Galaxy improved the central defense during the offseason, but the left and right side of the back line have been the team’s Achilles’ heel.

– Embrace the crowd. FCC needs all the help it can get. Fortunately, Nippert Stadium will almost certainly be sold out come Saturday night. The crowd will be pumped to see if FCC can pull off the upset, and the players should embrace that.

– Counter, counter, counter. The Galaxy do not adjust well. While they are improved from last season, the roster is still a work in progress, which means there are holes everywhere. FC Cincinnati must come out aggressive early and prevent the Galaxy from making this a possession game.