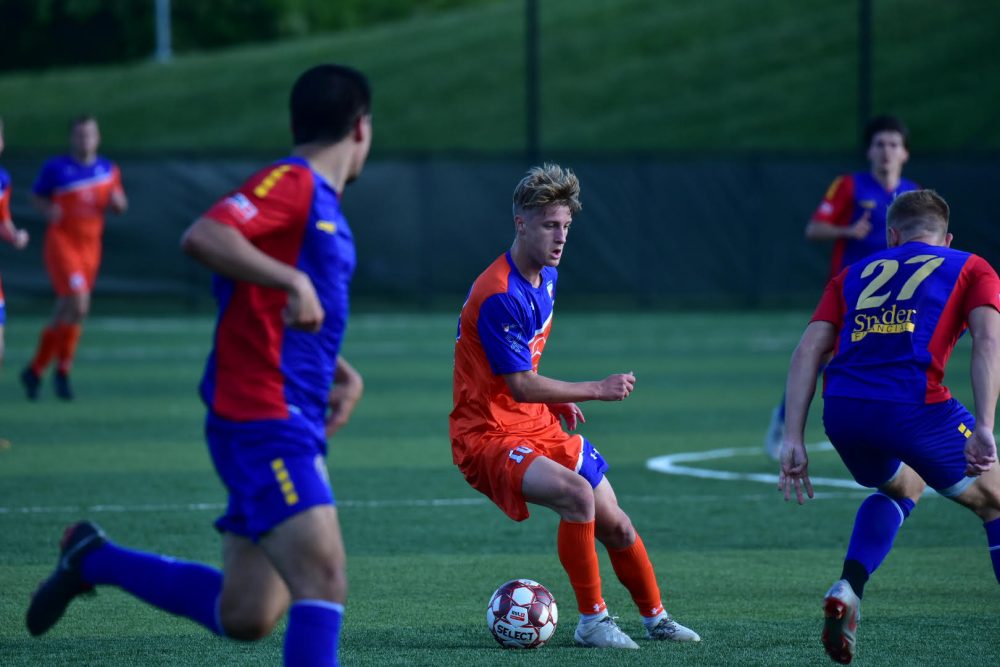 The Cincinnati Dutch Lions FC travel to Flint to take on Flint City Bucks at 7 p.m. Saturday. The Bucks currently sit at the top of the Great Lakes Division table with a 1-0-1 Divisional Record.  This is the first trip for the Dutch Lions to the Bucks new home, Atwood Stadium.

What happened the first time they met this season?

The last match between the two clubs ended in a 1-1 draw with not a single goal being scored in open play. Flint City fouled Connor Probert in the box and the Dutch Lions earned the penalty kick early. The kick was taken by Alex Willis and he put Dutch Lions up 1-0. In the 39th minute, the Dutch Lions were called for a penalty and the Bucks were able to convert their PK to tie the match 1-1. The second half of the match was extremely physical and the cards were flying out of the official’s pocket. There were four yellow cards issued in the second half bringing the match total to six. You can read the match report from that first battle here.

Conference Team of the Week

Three Cincinnati Dutch Lions players made the TopDrawerSoccer.com USL League Two Conference Team of the Week this week. Congratulations to Alex Willis, David Lozano, and Wesley Storm for the honors.

Keagan McLaughlin will get the start in net for the Dutch Lions on Saturday. Wesley Storm will serve the first match of his two-match suspension for his Red Card in last week’s match against Dayton. McLaughlin made an amazing save against Dayton to keep that match a 1-1 draw. If Dayton had recorded that match it would have been an obvious candidate for USL2 Save Of The Week.

Keagan has spent the last two seasons at The University of Notre Dame under head coaches, Bobby Clark and Chad Riley.

The Dutch Lions will need to move the ball down the flanks to create offense against the Bucks. The Bucks will do everything they can to clog the midfield as they did against the Dutch Lions in their first matchup. CDLFC will need to capitalize off the counter-attack much as they did in the early part of the first meeting and create more chances throughout the contest.

Connor Probert In addition to being an important part of Stu Riddle’s Northern Kentucky University Norse roster, Connor has already made a huge impact with the Dutch Lions leading the team in assists in 131 minutes of play. In the past, Connor has also represented New Zealand at the FIFA U-17 and U-20 World Cups. He made a total of 18 appearances for New Zealand at the U-17 and U-20 levels, scoring six goals and adding eight assists.

The Dutch Lions return home on Friday, May 31st against West Virginia. Tickets can be purchased online at http://www.CDLFC.com or purchased the day of the match at the gate. Follow the Dutch Lions on Twitter @CincinnatiDLFCto #supportlocalsoccer and for more information regarding #DutchSummer