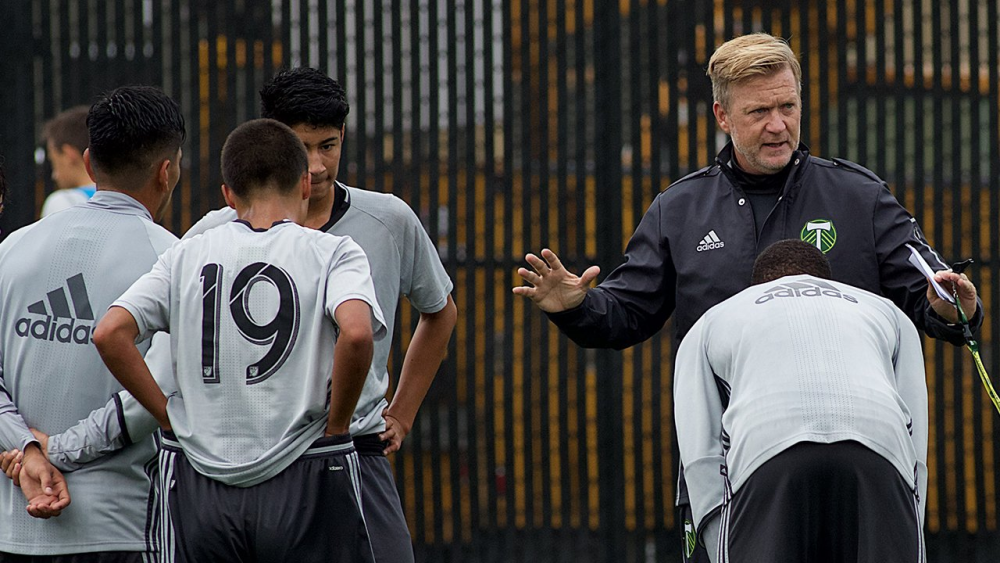 In his new role with FC Cincinnati, Sunderland will be tasked with the primary responsibilities of starting the club’s youth academy and overseeing FC Cincinnati’s player development pyramid.

“We’re thrilled to welcome a proven player development expert to FC Cincinnati as we expand and deepen our soccer operations,” Berding said. “Larry has impeccable credentials and demonstrated success at installing and cultivating both a winning and a successful culture everywhere he’s been. He has been on the forefront of developing and refining the player development pyramid in the United States and we look forward to bringing his expertise to our club.”

Sunderland has an extensive resume in Major League Soccer, most recently serving as the Youth Technical Director for the Portland Timbers, a role he has held since December 2015. In his new role with FC Cincinnati, Sunderland will be tasked with the primary responsibilities of starting the club’s youth academy and overseeing FC Cincinnati’s player development pyramid. As previously noted by FC Cincinnati, the club is launching its youth academy with the formation of Under 15 and Under 16/17 teams for the 2019-20 MLS season.

“I’m thankful to the FC Cincinnati leadership for providing me with the opportunity to become the club’s first Director of Player Development,” Sunderland noted. “Building on an exciting culture, a philosophy of development, and an intentional process of guiding players from the Academy to the first team is what really aligned me with FCC from my first conversation.

Sunderland will also work with the United Soccer League through the means of FC Cincinnati programming as well as looking for potential affiliation clubs and player development relationships. Furthermore, Sunderland will work with the General Manager to create and implement the same training philosophies and methodologies at every playing level within the club’s pyramid. Introducing a uniform system of practices on and off the pitch will help the club to carry out the visions of the head coach, general manager, and owner at all levels of competition. It is important to note that Sunderland will report to the new General Manager once hired.

While serving as the Youth Technical Director for the Portland Timbers, Sunderland managed all soccer-specific areas of the Timbers Academy and player development system. Additionally, he served as the head coach of the Portland Timbers U19 squad that played in the United States Soccer Development Academy (USSDA). Sunderland also acted as the head coach for the U.S. U16 Boys Youth National Team that were crowned champions of the 2019 UEFA Development Tournament in the Czech Republic earlier this month. Sunderland is the only coach in the United States to win national championships at the Under-14 (U.S Youth Soccer), Under-16 (USSDA), Under-18 (USSDA), and Under-20 (USL) levels.

“These next few months will be busy as we begin to build out our inaugural FCC Academy rosters and staff,” Sunderland said. “I look forward to collaborating with local soccer leadership to help build an Academy and Player Development model that will make Cincinnati proud.”

Prior to his role of Youth Technical Director in Portland, he served as the Director of Player Development for the Chicago Fire for over eight years. In Chicago, he led the development of the first fully integrated professional soccer development model in the United States. This development included overseeing the progress of the club in regards to youth soccer all the way to the MLS first team.

Stay tuned to Cincinnati Soccer Talk as we’ll have more coverage of this story, and other potential breaking news, on our Monday night (5/27) live edition of CST at 9 PM ET on Facebook, YouTube, Twitter, and Twitch!