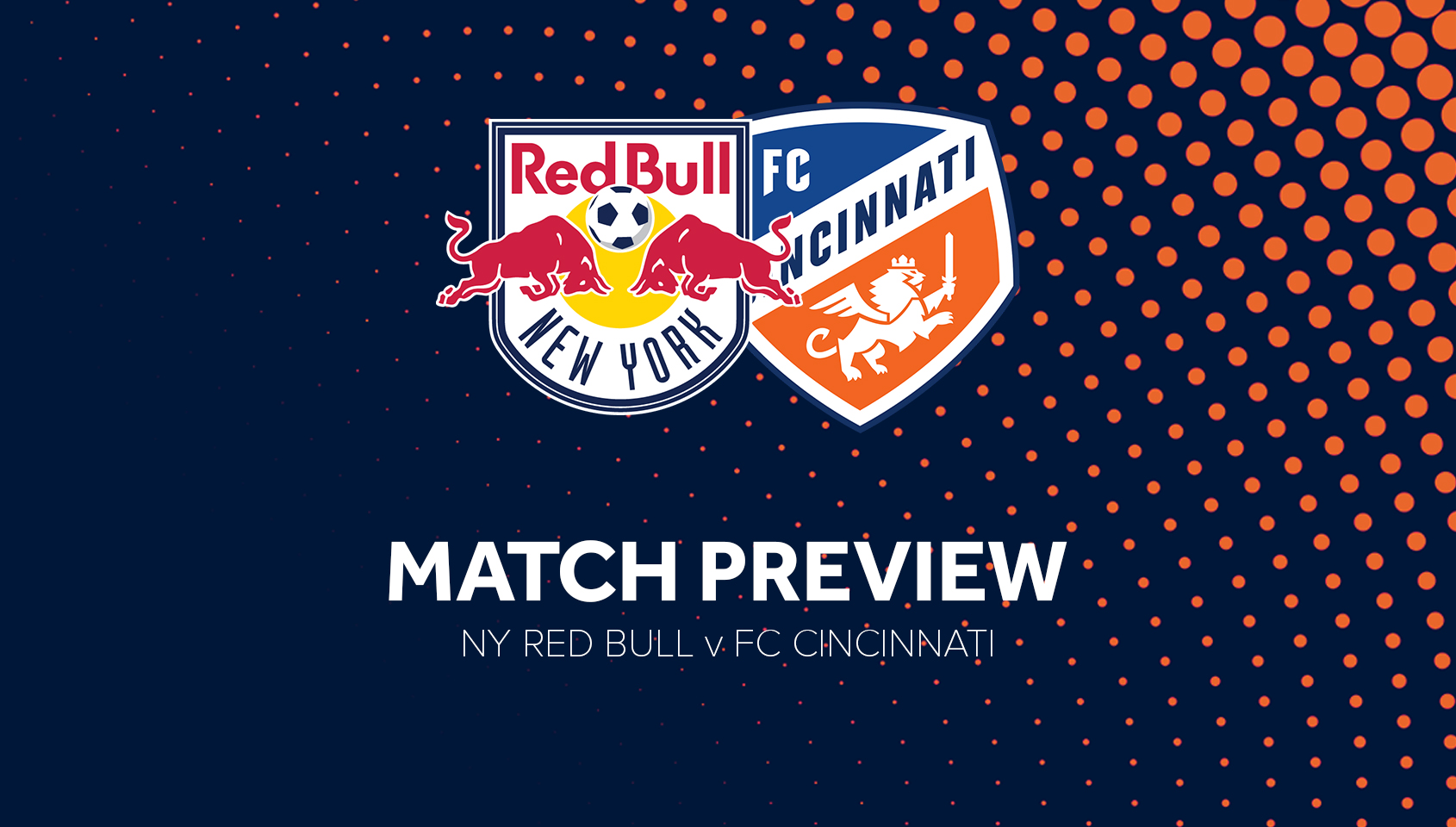 FC Cincinnati enters Week 9 of its inaugural MLS season with a cloudy record. After dropping three points against Real Salt Lake at home, FCC is looking forward to the chance to bring home a win. Its match against the Red Bulls at 7 p.m. Saturday at Red Bull Arena in Harrison, New Jersey, is the first of three consecutive road matches in eight days. With nine potential points on the line, it is crucial for FC Cincinnati to get some points on the board.

Currently FC Cincinnati sits in eighth place in the Eastern Conference, with the Red Bulls sitting in 11th place. Coach Alan Koch has not altered the lineup too much, save for injuries, so it is possible that the same starting eleven will be played. It will be interesting to see if Przemysław Tytoń gets the start, or if Koch is going to keep Spencer Richey between the sticks. While Richey has not had the best last few matches, giving up five goals in the last two matches, he has been relatively solid for the rest of the season.

The health of some of FCC’s starters could also pose a problem. Greg Garza did not start in the last match, so his health is in question for the Red Bulls. Will Garza be cleared to start? Thankfully FC Cincinnati has a deep bench when it comes to the back line. Starters like Nick Hagglund and Kendall Waston have proven their worth with key saves. Mathieu Deplagne has shown his versatility between playing center back, left back, and right back.

One of the biggest struggles that FCC and Koch will face will be getting the ball into the back of the net. Over the last two matches, FCC has created plenty of chances to score, but it has been unable to follow through. Capitalizing on these opportunities will be key to success on the pitch.

MLS on Wednesday announced the reinstatement of Fanendo Adi after Adi went through the league’s substance abuse and behavioral health program. The club said Adi will be available for roster selection on Saturday. Adi has not played since leaving at halftime of the home opener on March 17 with a leg injury.

Darren Mattocks, Kekuta Manneh and Roland Lamah have all scored this season, but they have struggled to finish in the last matches. That is not to say that it is impossible, or that FCC has no hope. There is plenty of talent on the squad. Almost 10 matches into the season, the squad is starting to cement that chemistry. FCC is looking to capitalize against the Red Bulls.

The Red Bulls have not started off with the best season either; they have managed to get five points in their first seven matches. They are coming into the match with the same mentality FCC has – they want to win, and they need to win. Both clubs have a lot on the line, and both clubs have something to prove. It is going to come down to which club wants it more, and which club shows up.

Stay tuned to Cincinnati Soccer Talk for the FC Cincinnati match report and any other breaking news.