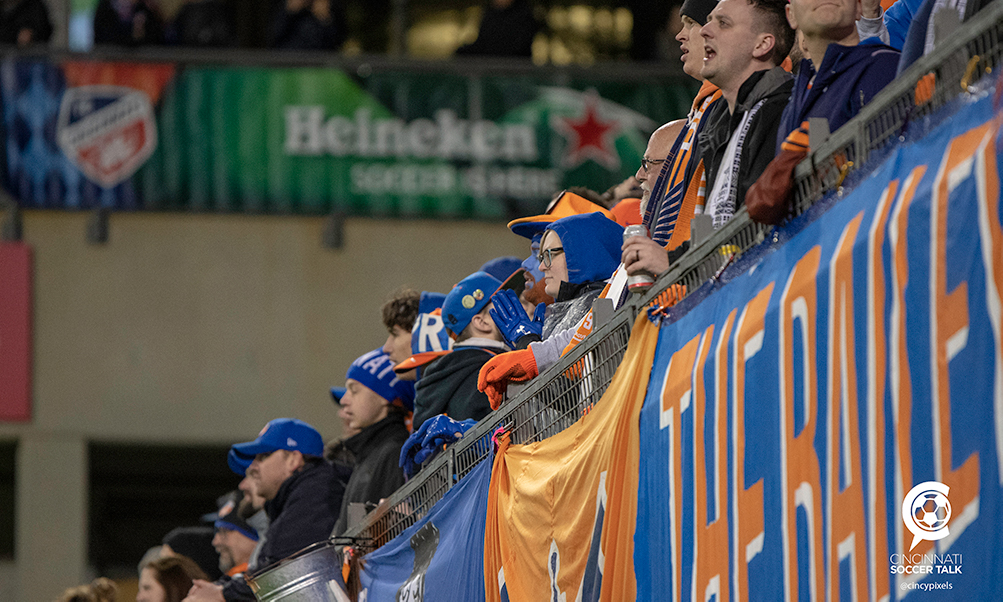 Supporting a sports team not only includes loving it when it succeeds but also saying when it is doing something wrong.

I have been an FC Cincinnati fan since the first season in the USL. One of my friends wasn’t going to the next match, and I’d been looking to go to a game since I was home from college for the summer. I absolutely loved it, as you might have been able to guess. The second season I got season tickets, and the rest is history. I’m sure many of you have similar stories or were there since the very beginning. We all follow the same team and love them, but that doesn’t mean I have to think everything they do is OK. Quite the opposite in fact.

For the first three seasons in the USL, FC Cincinnati was mostly successful. They made it to the semifinals in the 2017 U.S. Open Cup and won a trophy in their final season as the team with the most points in the USL. The U.S. Open Cup masked the mediocre USL season in 2017 where the team placed sixth in the Eastern Conference. However, the first MLS season will be very different. That has already been seen in spades with multiple losses to teams fans thought would be at least draws.

Because of that, there has been a lot more criticism of the team than in past seasons. A lot of that criticism has been warranted, and you can read some of it here on the site. All of that criticism isn’t to just criticize. I want the team to get better. I don’t like that FCC isn’t performing well, or that they aren’t necessarily built to succeed right now. Along the same lines, I don’t like talking about the team in a bad light, but I’m also not going to say the team is OK when it isn’t.

As you read above, I am still a fan of the team. I still want the team to succeed, and I want to see it lift a trophy as much as the next person. Those trophies don’t just happen out of thin air, however. Teams hoist trophies thanks to hard work, determination and yes, plenty of talent as well. That talent doesn’t just appear — it grows, shifts and changes thanks to the team’s success as well as the fans.

Yes, the fans have a part in a team’s success. They can help change the team when something needs to be changed. Just look at the Bengals last season. Fans stopped going to games due to mediocrity and Marvin Lewis, and look how it ended. The team had to change, or nothing was ever going to be different. I’m not comparing FCC to the Bengals, just that fans can have an impact in the way things are handled on the inside of the organization.

That means all of us should want the team to continue getting better. And sometimes, that means saying something the team is doing isn’t good, or they could be doing it better. This could be after a match or the whole expansion process that got us to that point in the first place. As fans, we sometimes have the duty to say when the team is doing something wrong. Every trade, player acquisition or match is not going to be perfect. Sometimes the fans might be the only ones who can see that, being outside of what is happening on the inside.