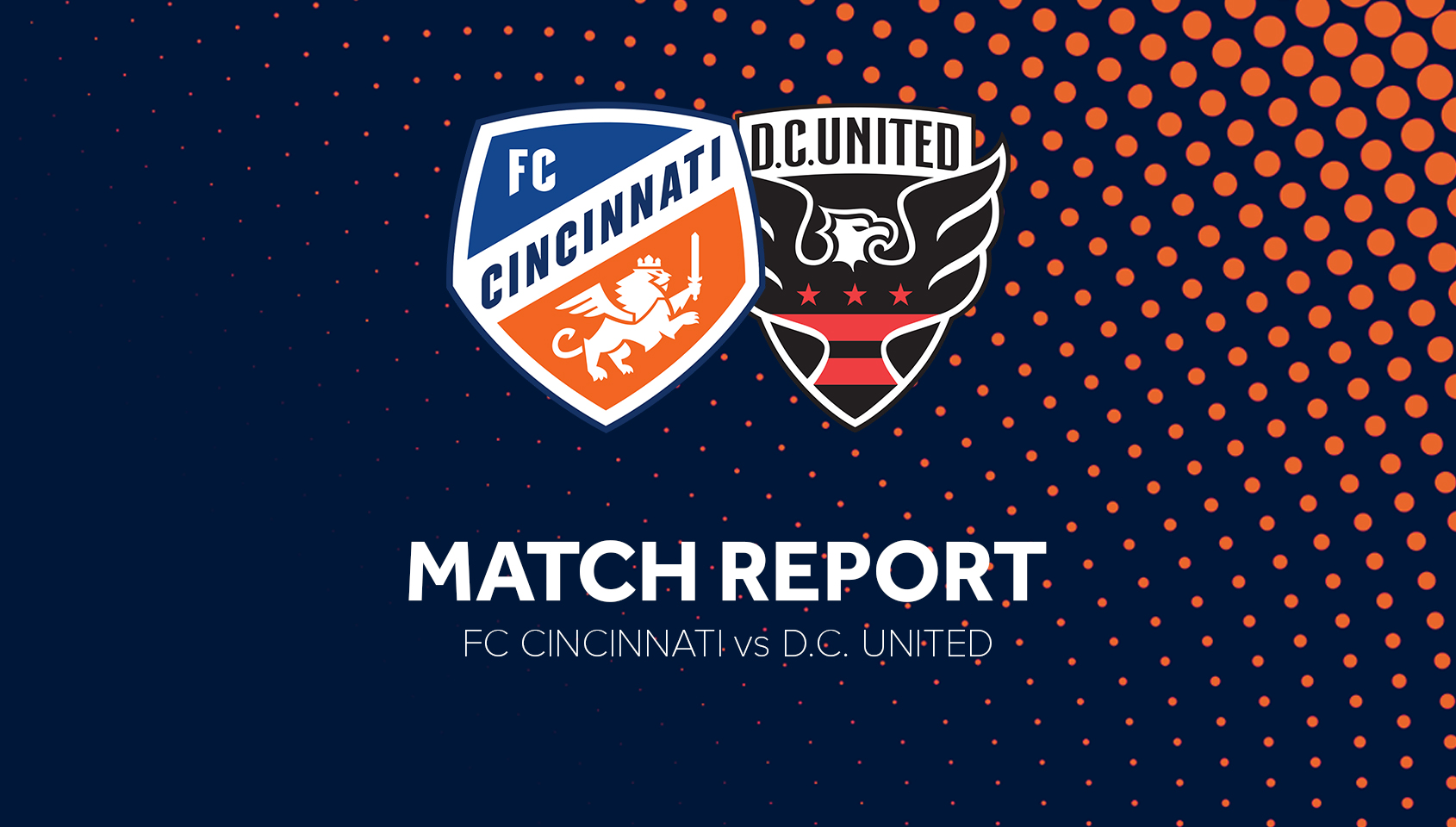 In the last of its three matches at IMG Academy, FC Cincinnati finished with a 1-1 draw against D.C. United.

FC Cincinnati started the match on the defense, much like its other two matches. D.C. United, with midfielder Luciano Acosta, was easily carving through the FCC defense. Przemyslaw Tyton, the FCC goalkeeper, also had a good match.  He helped save the defense’s skin multiple times in the first half.

However, D.C. United finally broke through the team’s defense. In the 21st minute, Luciano Acosta took a shot from outside the 18 yard-box which Tyton couldn’t save, netting the first goal of the match. This was at the end of a long stretch of attack from D.C., with multiple shots that almost went in the net.

After the D.C. goal, FC Cincinnati finally got some chances in the opposing half.  Fanendo Adi and Roland Lamah got some chances to dribble into the defense and get shots off. Not much was working for the offense though. When the offense got a shot off, D.C. would easily get the ball back and play from the back.

FC Cincinnati was not outmatched per se, but D.C. United was clearly the better team in the first half.

The second half not only brought with it a few substitutions, like No. 1 draft pick Frankie Amaya and backup goalkeeper Spencer Richey, but also some much-needed energy. The young players gave a spark to the team, and that helped bring more chances to the offense. Emmanuel Ledesma started getting into the opposing third too, and set pieces started coming for FCC. This also gave it an opportunity to get shots off on goal as well as take pressure off the defense.

In the 60th minute, D.C. United forward Wayne Rooney came on, as well as more substitutions for FC Cincinnati, including draftees Logan Gdula and Tommy McCabe.

After these subs, FCC started to really get hot in terms of getting in on the offensive attack. Ledesma, Nazmi Albadawi and Corben Bone were some of the players who were featured the most in these chances. The draft picks got in on the action too, with Gdula and Amaya flailing off shots multiple times. Yes, it is only the preseason and wasn’t against D.C. United’s best, but that the USL players keep making things happen is reassuring for perceived depth issues.

In the 81st minute, FC Cincinnati got a breakthrough on offense. It started with a pass from Gdula and ended up in the back of the net thanks to Albadawi. This is the third goal FCC has scored in the preseason, with two of the goals coming from USL players, Lasso and Albadawi respectively, and all three assists are from USL guys. The contributions from the younger players seem to be one of the biggest takeaways from the preseason so far.

A different player wore the captain’s armband to start this match — this time it was Adi. So far, the three players to have worn it are Kendall Waston, Victor Ulloa and now Adi. These are definitely players who I could see wearing the armband to start out the season, especially Waston. The armband might not mean much to some, but the player who wears it shows the team respects them, which is useful to know.

A running theme this preseason has been young players making a big contribution during matches, and today was no different. The veteran first half didn’t really have a lot to say in terms of offensive firepower. However, the second half was different, with the offense doing a lot more to help take pressure off the defense and give D.C. a run for its money.

FCC didn’t bring out a spectacular starting 11, with Waston getting the day off. Whether that was because of injury or not is unknown. Greg  Garza is also still out with his injury. However, Tyton has shown he is a good goalkeeper in the few times we have been able to hear of his performances. FCC stocked up on defenders, but if the goalkeeper is mediocre, it doesn’t matter. Tyton has been much better than I was expecting, and that is great news.