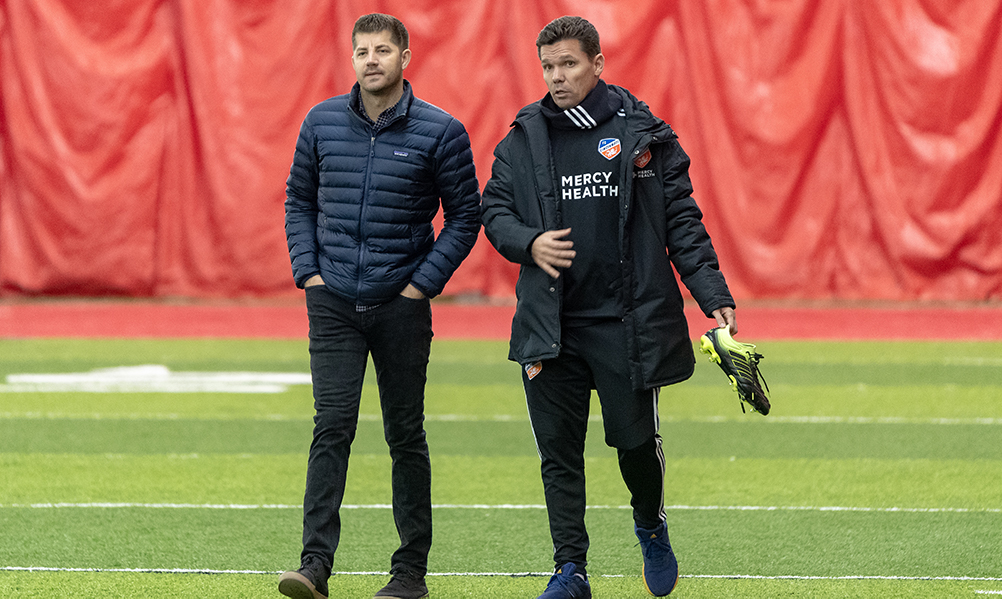 FC Cincinnati has loaned goalkeeper Ben Lundt to Louisville City FC. Lundt was one of the six selections FCC made in the MLS SuperDraft.

FC Cincinnati has loaned goalkeeper Ben Lundt to USL Championship side Louisville City FC for the 2019 season. Lundt was one of six players FCC drafted in the annual SuperDraft, selected 37th overall. He will also occupy an international spot.

Lundt is from Berlin and attended the University of Akron where he started all 64 games in three seasons for the Zips, according to an FC Cincinnati press release. Prior to Akron, he played five games for NCAA DII Lenoir-Rhyne University in 2015. Lundt led the Zips to three straight Mid-American Conference Championships and berths in the NCAA College Cup each of the last two years – including a berth in the 2018 championship game. He logged 27 clean sheets and 180 saves in 64 games played and earned second-team All-MAC honors in 2018. He finished his career at Akron with 180 saves and 27 shutouts, according to the release.

I think when we found out FC Cincinnati was drafting an international goalkeeper, it was inevitable he would be loaned to a USL team. FCC was already struggling with their international spots. Adding another to the mix didn’t help. Hopefully, Lundt can get worthy experience in the second division. Who knows? Maybe FC Cincinnati fans will see him in the U.S. Open Cup this season.

Stay tuned to Cincinnati Soccer Talk for more on FC Cincinnati and other things soccer.