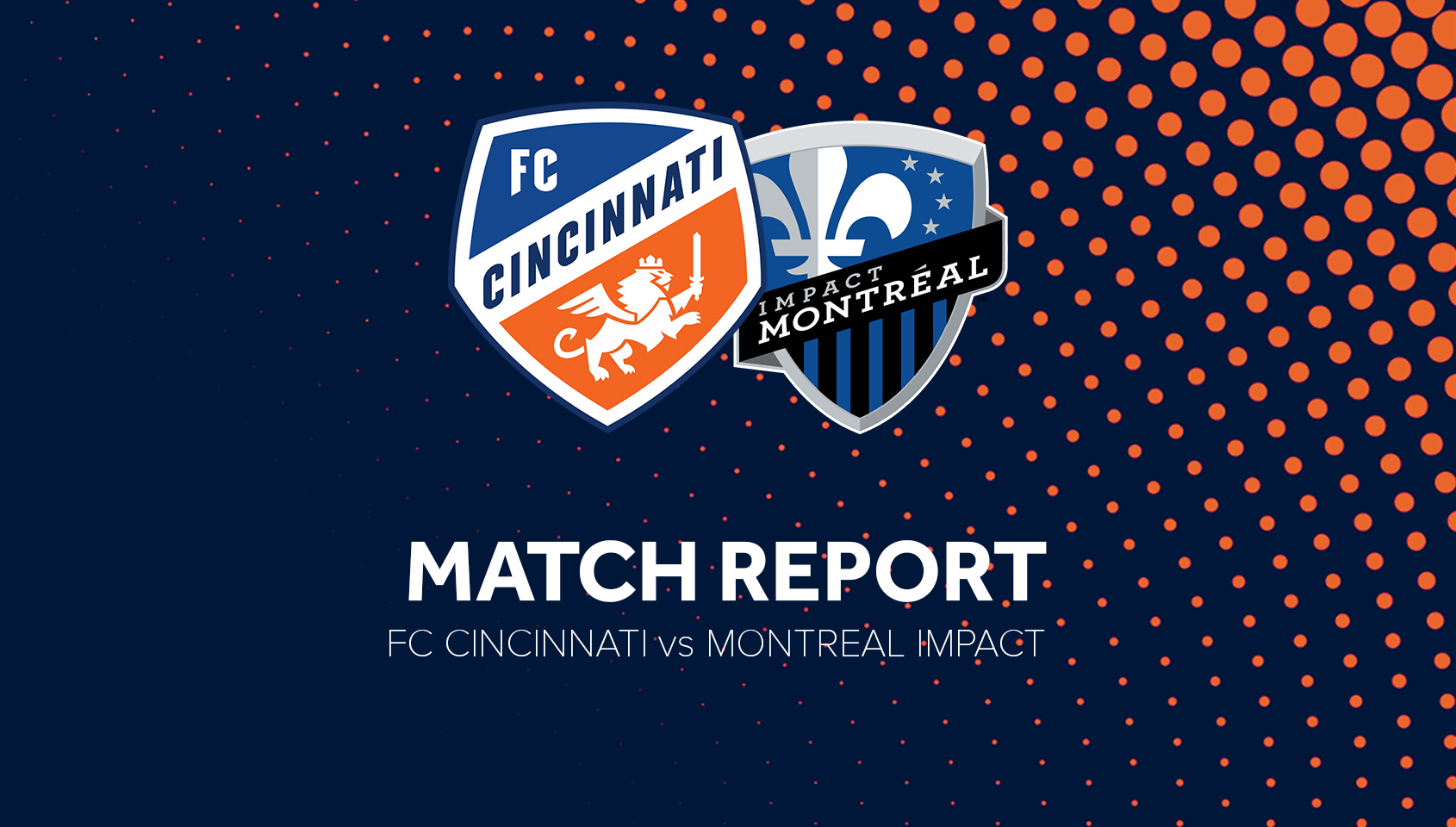 FC Cincinnati is now officially in Major League Soccer after completing its first preseason match against the Montreal Impact, in which it drew 1-1 against the Canadian side. Because the match wasn’t streamed, it was difficult to get a real look at how the team performed.

The night started out with a lot of defending, including a goal from Impact midfielder Ignacio Piatti in the 11th minute. Piatti skillfully weaved his way through the FCC defense and beat Przemyslaw Tyton from distance to score the first goal of the match. Goalkeeper Tyton played well, however, only allowing the one goal, which was impressive considering all the pressure the defense soaked up at the beginning of the match. Tyton was even beat a few times but the post saved him on those.

After the first spell of pressure from Montreal, FCC took control of the game for most of the first half aside from a couple good chances from the Impact, including one curler which almost beat Tyton, just ricocheting off the post. The club saw a lot of opportunities in the attacking half but couldn’t connect that final pass or two to get a solid chance at the Montreal keeper.

One name that stood out from the rest of the squad in the first half was Emery Welshman. Welshman seemed to relish in the chance he was getting and used it wisely, helping the upper third get the ball as well as taking on defenders when he needed to. Also, Fanendo Adi, someone who some fans were worried about coming into the MLS season, looked like the player we were hoping he would be. He was physical and used his size well from the footage I saw.

“The objectives were the same in the first 45 and the second 45 minutes: Go out there, get comfortable playing with each other, enjoy it, stay disciplined throughout the process, try to focus on our defensive shape,” FC Cincinnati coach Alan Koch said about the objectives for the two halves in an FC Cincinnati press release. “You could see we defended a lot tonight, which is actually a positive because we focused a lot on it.”

The second half started off much better than the first, as FC Cincinnati got its first preseason goal in its MLS history. In the 49th minute, FCC defender Forrest Lasso played a ball up to forward Darren Mattocks, who was making his way towards the 18-yard box, and he took it the rest of the way, chipping the Montreal goalkeeper Clément Diop as well to get the ball into the back of the net.

“As soon as I saw Forrest put his head up, I think his only option was to go long,” Darren Mattocks said in the release. “We had the wind blowing in our favor, and I thought as soon as the ball was in the air, this is going to be a goal, for the most part, at least a breakaway on goal to get a pretty good job reading it and putting it in the back of the net.”

The rest of the match was a stalemate, with both teams getting a couple chances, as well as Montreal, hitting another one of Tyton’s posts, almost taking the lead. However, when the match ended, the scoreline was 1-1.

“(It was) a very useful exercise,” Koch said in the release. “Obviously there’s only so much you can see when you train. I think tonight, there were large spells of the game where it showed that our group hadn’t played together before, which we haven’t played together before, so that was expected. But also some good positives in both 45 minutes. There were some good moments in the first 45 minutes and some very good moments in the second 45 minutes. A very, very useful exercise and then obviously, very, very important that we got through the game with no injuries, too.”

FC Cincinnati had a good match all things considered. It did concede a goal because of great individual play from Piatti but other than that the defense held up. The offense also got things going a bit as well, which was a concern. It is only the first preseason match, but it was good to see some things going well for the club.

Montreal Impact last season was the seventh seed in the Eastern Conference with 46 points. They would have made the playoffs in the 2019 MLS season, and it is reassuring that FC Cincinnati was able to hold their own against a club that almost made the playoffs.

The two players who wore the captain’s armband were Kendall Waston, in the first half, and Victor Ulloa, in the second half. Waston was a player we thought would wear the armband but there were others we were wondering might wear it, and Ulloa appears to be one of them.

It seemed like some of the USL players really came to play in the match, with Welshman being a strong force in the first half and Lasso tallying an assist in the second half. If the USL guys can step up that wouldn’t just be good for depth but also when the Gold Cup rolls around, fans and the players hopefully won’t have to worry about a massive drop in quality when other players get called up to their national teams.