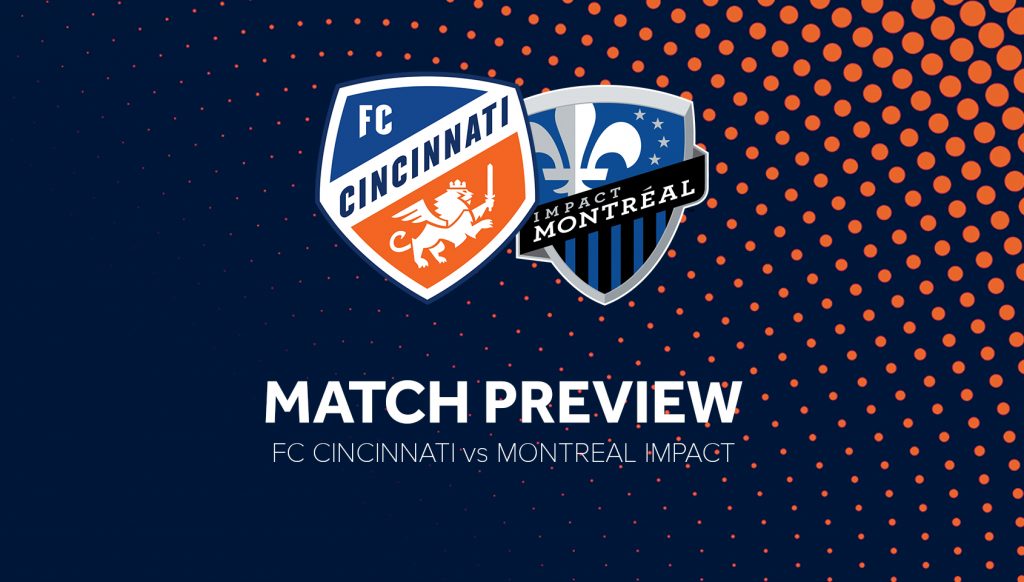 For three years in the USL, FC Cincinnati traveled to the IMG Academy in Bradenton, Fla., for preseason training and friendlies against MLS clubs. Now the Orange and Blue return to IMG for a fourth year as one of those MLS sides.

This is the club’s first of three preseason stops. While in Bradenton, FC Cincinnati also plays the Colorado Rapids on Saturday and DC United on Feb. 7. None of the IMG matches will be televised or streamed. Then it’s off to visit Indy Eleven on Feb. 12 and the Carolina Challenge Cup, beginning Feb. 16 in Charleston, S.C.

The trip allows FC Cincinnati to train in warmer weather and against fellow MLS teams but also provides a bonding experience for the 11 returning players and 20 newcomers.

For most preseason matches — but even more so in Wednesday’s first one — FC Cincinnati’s technical staff likely won’t be concerned with the result. Instead, expect the focus to be about experimenting.

One goal will be about discovering partnerships, such as the Dekel Keinan-Forrest Lasso and Emmanuel Ledesma-Danni Konig combos from last year. Finding formations will also be key. In a recent Cincinnati Soccer Talk podcast interview, technical director Luke Sassano indicated a 4-2-3-1, a 4-3-3 or a 3-5-2 are possible formations.

FC Cincinnati will also want to see how the six SuperDraft picks fit into its system. For example, it will be interesting to see how things shake out for goalkeepers Jimmy Hague and Ben Lundt.

Argentina native Ignacio Piatti led the Impact with 16 goals and 13 assists. Alejandro Silva transferred to Paraguayan side Club Olimpia, but French midfielder Saphir Taider, with five goals and 11 assists, remains. Montreal added forward Maximiliano Urruti in a trade with FC Dallas. The Impact will be without defender Daniel Lovitz, who started for the U.S. Men’s National Team in Sunday’s friendly with Panama.