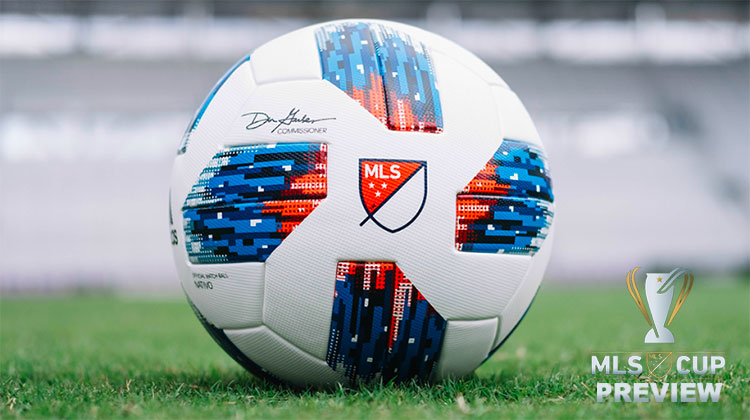 This weekend marks the final match of the 2018 MLS season when the Portland Timbers head down to Atlanta to take on Atlanta United FC at MLS Cup 2018.

The biggest day of the year in American soccer is upon us as this weekend’s final match of the 2018 MLS season takes place with the MLS Cup in Atlanta on Saturday. The Portland Timbers will be making the long trek across the country to take on Atlanta United FC at Mercedes Benz Stadium at 8 p.m. (FOX, UniMas, TSN, TVAS). Whether you’re new to watching MLS or you’ve got a few years under your belt, here’s everything you need to know heading into the match.

Atlanta United FC nearly made history during this 2018 campaign. For much of the season, they sat at the top of the Eastern Conference table and were on pace to set a new league mark for points in a season. Unfortunately, it had a bit of a stumble late in the year and New York passed it on the final week of the regular season to win the Supporters Shield. In the end, it didn’t matter as Atlanta beat the Red Bulls when it mattered in the postseason.

The Five Stripes, as they’re also known, is lead by a two-headed monster in attack with Josef Martinez and Miguel Almiron. Martinez, a forward from Venezuela, set the MLS record for goals in a season (31) all the way back in August. Yes, August. He started the year on a blistering pace and ultimately won the MLS Landon Donovan MVP which was announced on Wednesday. There hasn’t been a player in this league that has scored at the pace in which he has. In just 54 appearances over the past two seasons, Martinez has found the back of the net 50 times. Not only does he own the single-season goal record, but he also owns the MLS record with six hat tricks in his career.

If it weren’t for the tremendous year that Martinez had, Atlanta’s Almiron would have won the MVP himself as he finished runner-up in the voting. The 24-year old from Paraguay followed up his stellar 2017 campaign with an even better year this season. His 12 goals coupled with his 14 assists helped lead Atlanta to a league-high 70 goal season. His two years in MLS have opened the eyes of teams around the world. Reports have popped up this week that he may be on the move to Newcastle United of the English Premier League.

Another Atlanta United star playing with a little more incentive this weekend is Darlington Nagbe, an Ohio native and former Portland Timbers star. Nagbe arrived in Atlanta via a trade this offseason after spending his first seven years of MLS in Cascadia. He was taken second overall in the 2011 MLS SuperDraft by the Timbers, where he also went on to win MLS Goal of the Season that same year. He also helped lead Portland to their only MLS title back in 2015. This will be just the second time that Nagbe has faced his former club, as these two teams only faced each other once this season, in Atlanta in a match that ended in a 1-1 draw in June.

Atlanta has been tough to beat at home all season, only losing two matches in 2018. If there is one weakness in this Atlanta United squad though, it’s at goalkeeper. Yes, Brad Guzan is a U.S. International goalkeeper, however, he’s still prone to making big mistakes. With the long-range shooters that the Timbers feature, watch between the pipes for the Five Stripes.

One thing we know for certain about this Saturday’s match is that it will also be the final match for Atlanta coach Tata Martino. The club announced late in the season that he will be leaving the club. It is strongly rumored that he will be taking over as the head coach of the Mexican national team. Martino helped build a tremendous squad and in two short years has made Atlanta United a dominant force in MLS. His attacking style of play has been a breath of fresh air in these two seasons at the helm. Can the Five Stripes send Martino off on a high note?

Portland made it to MLS Cup the hard way, by going on the road and winning in very tough environments. It started off their MLS Cup run with a win in Dallas in the knockout round. The Timbers then hit the road in what was a thrilling two-leg affair with their arch-rival Seattle, where they ultimately prevailed on penalty kicks. They then followed that impressive feat up by going on the road yet again in the second leg against top-seed Kansas City. Down a goal at halftime, the Timbers came to life after the break and stunned Sporting K.C. with three second-half goals to win that series. They have a knack for going on the road in the postseason and getting the job done. They also did it during their 2015 season, winning MLS Cup 90 minutes north of Cincinnati when they knocked off the Columbus Crew for the crown. Can they do it again?

It’s been an up and down kind of year for the Timbers in 2018. They traded two of their best players in Nagbe and Fanendo Adi. On top of that, former coach Caleb Porter abruptly resigned from the club. In what appears to be a shrewd move now, Portland hired former New York Cosmos coach Giovanni Savarese to take over. Savarese had done fantastic work in his time in the Big Apple, winning three NASL titles. The question for Savarese, though, was could he replicate that success in MLS? Initially, it didn’t look like it at the start of the season. The Timbers went winless in their first five matches, including a 4-0 beatdown at the hands of Savarese’s club from his former playing days in the New York Red Bulls.

However, if you’ve followed the Venezuelan’s coaching career, you just had a hunch he’d turn it around. His teams always had a knack for winning matches, no matter how ugly or poorly they played, the Cosmos would just find ways to win. Portland is no exception. They followed their poor start with a 14-match unbeaten streak, with wins over playoff teams Seattle and LAFC. It was also during this best stretch of the season that Portland went on the road to Atlanta and drew their only matchup of the season. The Timbers managed to get hot at the end of the season and ended up as the 5th seed in the West. Now, Savarese has Portland believing they can go anywhere on the road and win games in the playoffs.

It’s easy to have that belief when you have two match winners in 2017 MLS MVP Diego Valeri and midfielder Sebastian Blanco. Valeri has a knack for finding the back of the net in clutch moments for the Timbers. Blanco’s screamer from 28-yards out in the Western Conference finals against Kansas City is a goal that will be talked about for years in MLS circles. With these two, coupled with solid players like midfielder Diego Chara and center back Liam Ridgewell, Portland enters Saturday’s fray with Atlanta full of confidence they can go on the road yet again and pull off the upset.

It’s not going to be easy, but something tells me that Portland is going to pull this one off. They’re the first 5th seed in MLS history to get to MLS Cup. They’ve shown they can go on the road and win when down. They had to make second half comebacks against Seattle and Kansas City to prevail. Are they a team of destiny? I don’t think so. But this match is going to be closer than the experts think. However, I’m going for the upset and taking Portland to win 2-1 against Atlanta.