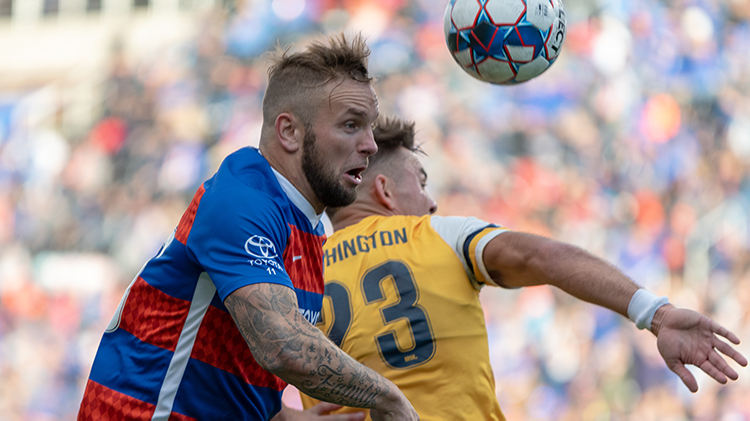 FC Cincinnati supporters are still waiting to hear who will stick around as the club jumps to MLS. Now they know the identity of three more players who won’t.

“We’re very happy to add Tyler, Kenney and Paddy to our squad for the 2019 season,” Indy Eleven coach Martin Rennie said in a statement. “They have proven themselves as excellent players and leaders. They will add a lot to our team and community.”

Walker, a member of FC Cincinnati’s inaugural team in 2016, played in 27 matches for the Orange and Blue this season, with three goals, 38 clearances and 41 interceptions in the club’s midfield.

Walker’s 50-yard volley at Ottawa was Cincinnati Soccer Talk’s Goal of the Year. He also converted the clinching penalty kick against Nashville to send FC Cincinnati to the USL Eastern Conference Semifinal. He was on the receiving end of a controversial blow delivered by Indy’s Jack McInerney back in March.

Barrett quickly became a fan favorite in 2018 after coming over from Ireland. He wore the captain’s armband several times late in the season, starting in place of fellow centerback Dekel Keinan.

He played in 16 matches — all as a starter — and had one goal, 83 clearances and 34 interceptions.

Gibson suffered a preseason leg injury, limiting him to just nine appearances. But he played a key role in FC Cincinnati’s midfield to close the regular season, completing more than 80 percent of his passes. He also started in both of the club’s playoff matches.