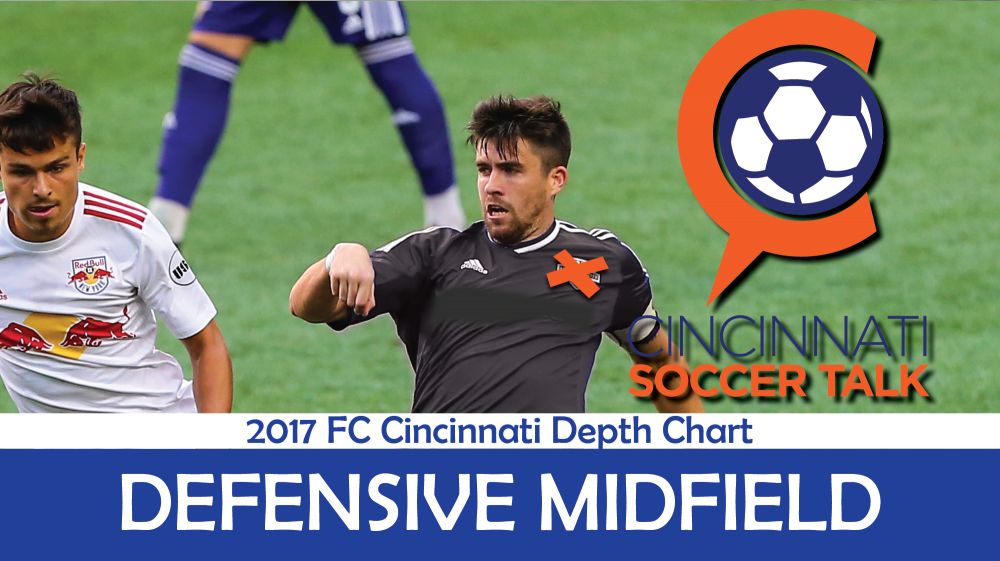 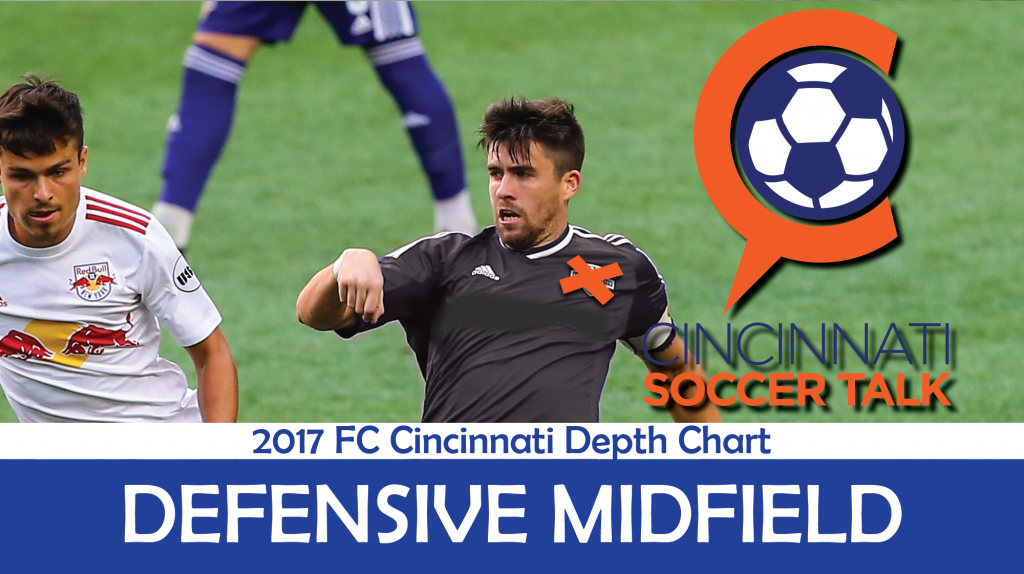 In our 4th edition of the FC Cincinnati Depth Chart, we take a look at the defensive midfield. In a stunning offseason move, the Orange & Blue brought in former Louisville City Captain Aodhan Quinn. Quinn will bring one of the best left feet in the league and will look to pair with returning starter Kenney Walker. Following the exit of Ross Tomaselli this offseason and Paul Nicholson’s transition to center back, the club added Marco Dominguez from FC Montreal and Aaron Walker from the Icelandic first division to round out this position group.

1A) Kenney Walker- The former member of the LA Galaxy returns to the club in 2017 after 27 appearances last season. With the addition of Quinn and the possible move to the 4-1-4-1 we could see Walker as more of a box-to-box midfielder than in the holding position. Known for his ability to pick passes as a member of the Galaxy, the move could free him up to distribute more and find spaces in the middle of opposing defenses. One area of concern for me is his temper and penchant to confront officials. FIFA has really cracked down on this behavior and these displays will now earn him a yellow card. It will be incumbent upon him to control his emotions to not hurt the club.

1B) Aodhan Quinn- The pipeline from Louisville to Cincinnati comes through again after the 2016 LCFC Captain exchanged his purple for orange & blue. Quinn will look to bring his playoff experience to the side that bowed out in the first round of the 2016 playoffs. The left-footer is known for his aptitude to pick out dangerous long passes as well as the ability to hit free kicks. He could easily fit in a 4-2-3-1 alongside Walker but what remains to be seen is how he’ll fit in the 4-1-4-1 as the lone CDM. As said above, he can spring counters with his passing ability but will he be able to the sit back and make the tackles needed when FCC gets caught up the field? I love him going forward but if FC Cincy keeps conceding goals, they might have to make a move to solidify the defense. In case you were wondering, LCFC’s keeper is still salty on the move.

2) Marco Dominguez- The 21-year-old joins the club after spending 2 years with FC Montreal of the USL. My first thought when I saw the signing was why would the club was to sign someone from FC Montreal? The club did not see success in the win/loss column, but Dominguez was a bright spot on the pitch. Standing at 5’9″ and solidly built, the Canadian will provide a physical presence in the midfield. Dominguez could stand to learn a lot playing behind Walker & Quinn. To play midfield in Coach Koch’s squad he’ll have to develop his technical ability and work on the distribution of the ball. The pedigree is there as he comes with international experience winning a bronze medal with Canada at the 2013 CONCACAF Men’s Under-17 Championship in Panama and represented them at the FIFA U-17 World Cup 2013.

3) Aaron Walker- Selected from January’s tryout, Walker joins the club after spending the 2015 season with BI/Bolungarvik of the Icelandic 1. deild karla, the 2nd division of Iceland’s soccer pyramid. Walker led the club with 22 appearances, starting 19. Unfortunately, the club could not stave off relegation picking up just 2 wins on the season. The Georgia native brings some flexibility to the club in addition to his spot in the central midfield. With an early injury to Derek Luke, Coach Koch had to employ Walker as a left back for several matches at the IMG Academy. This flexibility could help him net a spot in the 18 on match days.